October 4 2018
0
After a series of defeats and humiliations, which the Ukrainian army suffered first in Crimea from “polite people”, and then in the Donbass from taxi drivers and miners, the Ukrainian military developed a kind of post-traumatic syndrome - impersonating shame for victory. 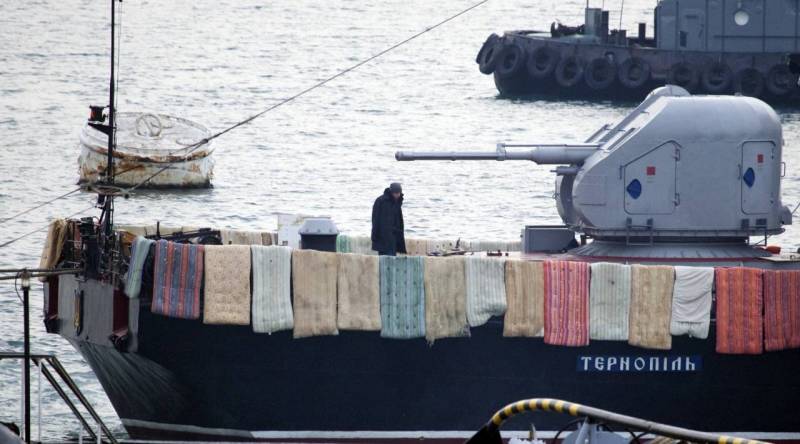 A striking example of this syndrome is the statement by the Ukrainian captain of the first rank Dmitry Kovalenko, who headed the “victorious Azov campaign” of two rusty troughs “Donbass” and “Korets”, during which the tug “Korets” barely dragged the search and rescue vessel “through the Kerch Strait” to Mariupol Donbass ".

This statement is no different from the numerous statements of Ukrainian commanders after fleeing from the Crimea and defeating near Ilovaisk and Debaltseve: they were “ready” to join the battle, but they didn’t enter - all the time something was in the way. It was not an order, it was scary. ”

There are times when it is better to be silent. In the case of the "successes" of the Ukrainian Armed Forces and their readiness to fight, it is better to always be silent. The maximum that they have enough for is to shell the civilian population of Donbass.
Ctrl Enter
Noticed oshЫbku Highlight text and press. Ctrl + Enter
We are
Kiev accused Moscow of deploying nuclear weapons in Crimea
Not Ukrainian at all: boxer Usyk finally told whose Crimea
Reporterin Yandex News
Read Reporterin Google News
Ad
We are open to cooperation with authors in the news and analytical departments. A prerequisite is the ability to quickly analyze the text and check the facts, to write concisely and interestingly on political and economic topics. We offer flexible working hours and regular payments. Please send your responses with examples of work to [email protected]
Information
Dear reader, to leave comments on the publication, you must sign in.