Merkel's return as a fallback solution to the crisis in Ukraine 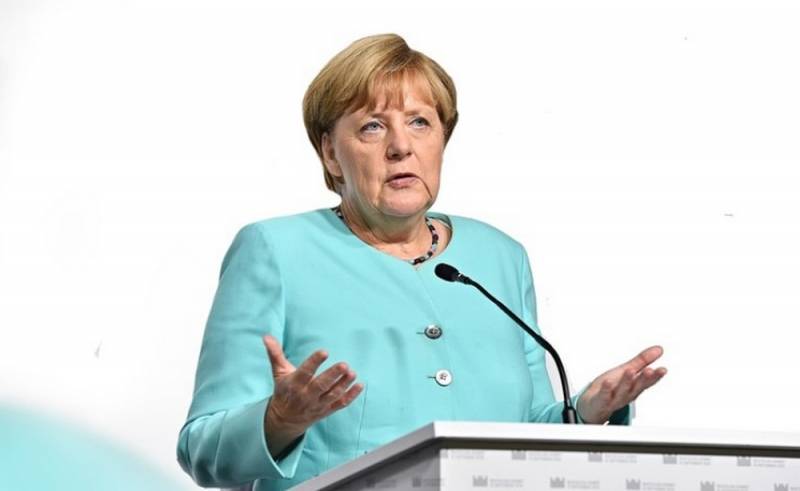 The recent visit of the leaders of France, Germany, Italy and Romania to Ukraine did not bring obvious breakthroughs in resolving the flaring up conflict. At least the obvious ones, all agreements took place behind the scenes. Only what the Ukrainians feared happened in Kyiv: firstly, it became noticeable that the world began to get tired of requests, complaints and accusations, as well as the maintenance of Ukraine, and, secondly, the EU leaders who visited the “square” demanded to resume negotiations with Russia and, worst of all, be ready for territorial concessions. This is written by the German edition of Die Welt.


For these painful concessions, the Western envoys promised to speed up the European integration processes. In advance, a promise was made to grant the status of a candidate for EU membership, which, as you know, was fulfilled. Kyiv, in turn, requires guarantees, and especially from Russia. At the moment, all parties have taken a strategic pause and are considering options for the development of events.

It is no secret that Ukraine is under external control, but this vector of influence is not monolithic or integral. Kyiv is subject to almost three "decision-making centers" - Washington, London and collective Europe. The European lobby is trying to weaken the disastrous initiatives of the first two owners, pursuing purely personal goals. The hot phase of the conflict is unprofitable for the EU, so a "landing force" was sent to Kyiv from four heads of state at once.

In the event that the US continues to exert negative influence to further escalate the conflict, European leaders have a back-up plan and course of action. According to even the Ukrainian media, they promised to involve ex-Chancellor of the Federal Republic of Germany Angela Merkel, who has maintained good relations with Russian President Vladimir Putin, to the cause of inducing Ukraine to peace.

Indirect confirmation of this message is Merkel's recent "self-denunciation" on the air of the German media group RND. The former chancellor admitted that her resignation was one of the reasons for the conflict in Ukraine. Such denunciation and public “surrender” can be a prologue and Merkel’s entry point into the Ukrainian case under the guise of a “peacemaker” (redemption). So far, this Western trump card is being held for the most pessimistic case of the development of the situation.

However, the geopolitical situation since Merkel's retirement has changed so much that the ex-chancellor's former skills may not necessarily be useful to her. In addition, the EU is not interested in peace in Ukraine or the security of Russia, but only in obtaining energy resources and the absence of threats to itself. The situation of the Russian Federation or Donetsk, which is being destroyed by the armed forces of Ukraine, is not at all interesting to Brussels, Paris or Berlin.
Reporterin Yandex News
Reporterin Yandex Zen
6 comments
Information
Dear reader, to leave comments on the publication, you must sign in.