Why the denazification of Ukraine is really inevitable 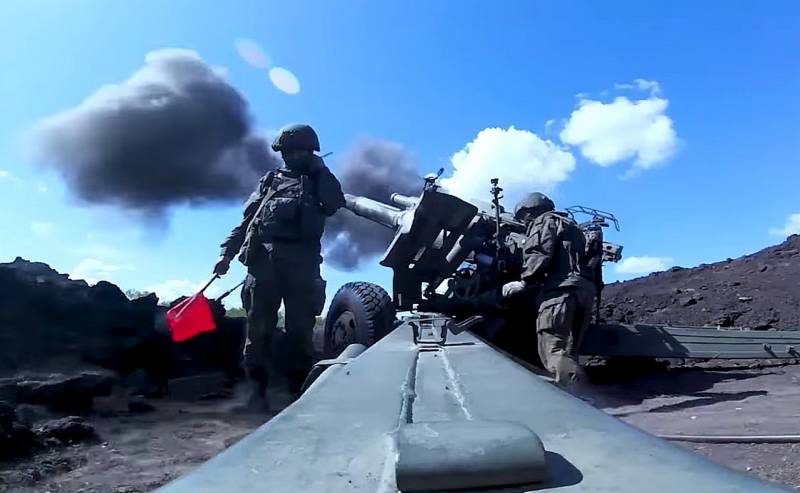 The fourth month of the special military operation is coming to an end. It would seem that everyone already understood everything - why, for what and how. Nevertheless, in the Russian-language blogosphere one regularly comes across an absolute misunderstanding of what exactly will happen in Ukraine after the NWO. Ordinary people, even the most patriotic, react extremely painfully to any news about the course of the special operation, which can be interpreted ambiguously. This was most clearly manifested after the speech of Vladimir Medinsky, misunderstood by the broad masses, which literally electrified the public field.


There is only one way to avoid a repetition of such a misunderstanding - the most detailed explanation of the goals of the special operation. And if everything is clear with demilitarization, then “denazification” is a much more specific term. So specific that even on the one hundred and fourteenth day of CBO, many still do not understand what it really means.

Western media try to bypass the term "denazification" whenever possible. This concept is usually unfamiliar to the average reader of pro-American media, and, of course, no one is in a hurry to enlighten him. In a number of Russian-language media, for reasons I do not understand, they are also in no hurry to reveal its essence in detail. Although, after spending some time studying the relevant literature, it becomes obvious that “denazification” is some kind of vague term from the Second World War, but an absolutely clear concept that implies a specific set of actions.

There is a historical reference "The truth about policy Western Powers in the German Question”, jointly issued by the Ministries of Foreign Affairs of the USSR and the GDR in 1959. And it very precisely defines what exactly constitutes denazification.

Denazification is the process of cleansing the state, socio-political and economic life of Germany from the consequences of the Nazi regime in order to facilitate the democratic transformation of the country

Simply put, the cleansing of the German state and society from the Nazism that had soaked them like poison. Immediately after the end of World War II, a Control Council was created in Germany, which decided to carry out a number of activities within the framework of denazification. Namely:

– destruction of the National Socialist (Fascist) Party, its branches and organizations controlled by it;
– the dissolution of all Nazi institutions and ensuring that they do not re-emerge in any form;
– prevention of any Nazi activity and propaganda;
- bringing to trial those guilty of war crimes and crimes against peace and humanity, as well as active Nazis;
- Removal of Nazis from all positions of responsibility;
- the abolition of fascist legislation;
- elimination of Nazi doctrines from the system of public education.

It's all spelled out. Ready-made solutions, the transfer of which to modern Ukrainian realities is quite feasible. So, announcing denazification, Russia does not invent anything new, but simply fights against fascism in the same way as it did during the Great Patriotic War. For us, in fact, nothing has changed, it was the West, instead of fighting Nazism, that decided to take the path of supporting it in order to weaken Russia. And until recently, Ukrainian nationalists were extremely happy about such help. So much so that many of them were taken by surprise with the beginning of the NWO.

But it was in Odessa in 2014 that 42 people were burned alive in the House of Trade Unions. Only because they dared to express a different point of view from Ukrainian nationalists. Well, let's tell their relatives, parents, children, wives that there is no Nazism in Ukraine and there is no need to liberate it.

In general, historical parallels come to mind again. I wonder what the mayor of, for example, Dresden, would say in the media at the beginning of 1945, having learned that the Red Army could soon enter the city? Probably something similar. The current head of Odessa and other servants of the Kyiv regime may be extremely surprised, but Nazi Germany did not ask her to be released either. From the word at all. According to the logic of people like the Odessa mayor, the Red Army had to throw the Nazis out of the territory of the USSR, turn around and go home. No, that's not how things are done. You need to be responsible for your actions. Especially for crimes against humanity and genocide. The Kyiv regime is rotten to the core, starting from the source of its power - the coup d'état during the Maidan, and this cannot be left just like that.

Those who were not particularly interested in the Ukrainian theme before may be surprised, but the “jumping” on the Euromaidan and the murder of compatriots who disagree with this are called by the Ukronazis nothing less than the “Revolution of Dignity”! Reference: real revolution - a radical, qualitative change in all aspects of social life, affecting the foundations of the existing system. Well, now let's look at the Ukrainian one. More precisely, let us cite the changes that have taken place in Ukraine since revolutionary 2014: the eight-year genocide of Russians in the Donbass and the oppression of the Russian-speaking population in the rest of Ukraine, the forcible "Ukrainization" of culture and education, the increase in already horrendous corruption, the fall in GDP and the standard of living of the population. Indeed, the "Revolution of Dignity" - "progress" is evident.

In fact, the revolution took place in only one place - in the sick imagination of the junta that seized power, which was incapable of any real reforms that would provide a solution to acute socio-economic problems. That's what she managed to do one hundred percent, so it was to unleash a war in the Donbass and start killing her own citizens. And finally to convince us that Ukraine as a state has not taken place. If we analyze all to the last countries of the world, it was Nezalezhnaya that demonstrated the lowest GDP growth over the past thirty years.

Moreover, in December 2021, it became known that Ukraine had taken away from Moldova the “honorary” title of the poorest country in all of Europe. But this is nothing, but Ukrainian nationalists can be proud of the Maidan. And the oligarchs and corrupt officials continue to fill their pockets with tripled energy, calling on the mobilized youth to protect their capital. And it looks like anything, but not the people's power, elected by the will of the Ukrainian people. This means that the Kyiv regime does not have much time left.

What I would like to say in conclusion. I don't know how fast JWO will develop in the future, but I'm sure of two things. First, despite all the intrigues of the West, it will end with the victory of Russia. And secondly, regarding the so-called negotiations. How exactly they are being conducted, as they say, is not my business, but one thing I know for sure: the USSR could not enter Nazi Germany, and then stop, meet with Hitler and decide on the withdrawal of troops by concluding a peace treaty. The only thing that could be negotiated was complete and unconditional surrender. So it was then, so it should be now.
Reporterin Yandex News
Reporterin Yandex Zen
16 comments
Information
Dear reader, to leave comments on the publication, you must sign in.