A “perfect storm” is brewing in the European gas market 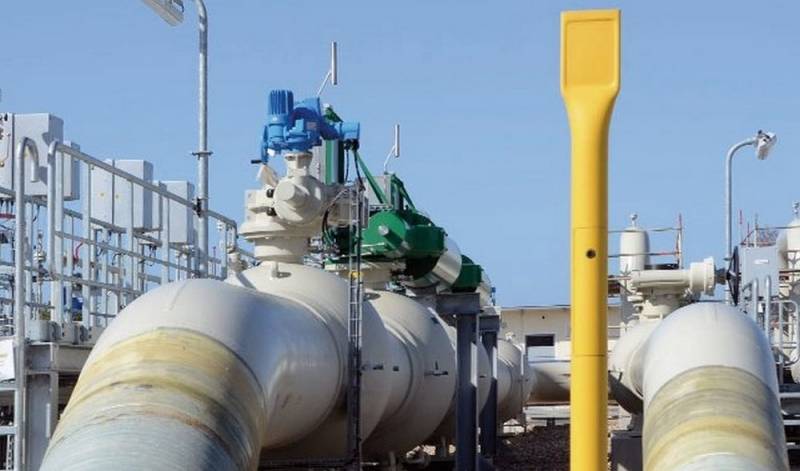 The so-called perfect storm is brewing in the energy market of the Old World. Against the background of the escalation of the armed conflict between Russia and the collective West on the territory of Ukraine, European countries are trying to hastily fill their underground gas storage facilities to capacity. Prudent Germany is ahead of everyone, however, it also has a good chance to freeze in the winter of 2022-2023 and ruin its industry.


The European Union is supplied with Russian gas so far through a whole network of main pipelines. This is, for example, the Yamal-Europe gas pipeline connecting the fields of Western Siberia with German consumers in transit through Belarus and Poland. This is the Nord Stream underwater main gas pipeline running along the bottom of the Baltic Sea directly from Russia to Germany. This is the Ukrainian GTS, which since Soviet times served for the supply of Russian gas to Poland, Slovakia, Hungary and Romania. These are Turkish Stream and Nord Stream 2, the construction of which began in 2014 after the coup in Kyiv, bypassing Ukraine. So, for purely political reasons, valves are sequentially turned on all these pipelines.

On May 11, Kyiv announced the suspension of gas transit to Europe through the Sokhranivka station in the Luhansk region due to force majeure. After Warsaw froze Gazprom's assets in Europe, Moscow imposed counter-sanctions, and now Russia can no longer use the Yamal-Europe gas pipeline. The Turkish Stream transit line has not yet been fully completed. Nord Stream 2 lies dead weight at the bottom of the Baltic Sea. And now the long "bony hand" of the collective West has reached the first Nord Stream.

It became known that official Ottawa banned the return to Russia of gas turbines manufactured by Siemens Energy AG, which Gazprom uses at its compressor stations to pump gas through the Nord Stream. Since our country does not have its own powerful power plants of this class, they had to be purchased abroad and serviced there. The repair base is just located in frankly unfriendly Canada, which refused to return the German turbine that had been serviced. Siemens Energy commented on the situation as follows:

For technical reasons, these aircraft gas turbines can only be repaired in Montreal… We have informed the Canadian and German governments and are working to resolve the situation.
Another Gazprom turbine, fortunately, was not sent to Canada, stuck in a Russian port. In response, the domestic monopolist announced a significant reduction in the volume of gas supplies via the Nord Stream pipeline:

In connection with the untimely return of gas compressor units from repair by Siemens, the exhaustion of the GCU overhaul life and the identified technical due to engine malfunctions (an order from Rostekhnadzor on a temporary ban on activities was received), only three gas compressor units can currently be used at the Portovaya CS. Gas supplies to the Nord Stream gas pipeline can currently be provided in the amount of up to 100 million cubic meters. m per day (with a planned volume of 167 million cubic meters per day).
It's kind of a shame, if you call a spade a spade, when the Canadian authorities determine whether Russian pipelines work or not. Why our country still does not have its own powerful power turbines is a question for responsible persons.

European sites reacted to the decrease in the supply of Russian blue fuel by 67 million cubic meters at once by increasing gas prices over $1300 per 1 cubic meters. But, apparently, this seemed not enough at Gazprom, and from July 11, 2022, the work of the Nord Stream will be suspended for two weeks under the pretext of an inspection:

During the inspection, the pipeline will not be able to supply gas for up to two weeks. This may result in less gas being injected during a given period.
But this is only one of the components of the coming "perfect storm" in the European energy sector. To policy technogenic disasters have also been added.

On the one hand, on the night of June 16, a fire broke out at the largest Russian gas field in Urengoy (YaNAO). There was a break in the pipeline in the area of ​​the 8th gas field. During the liquidation of the accident, the supply of blue fuel to Europe may be suspended indefinitely. On the other hand, in the United States, after an accident and a fire, the largest liquefied natural gas plant, Freeport LNG, was closed for lengthy repairs. The plant's capacity is 15 million tons per year, which is about 20% of US LNG exports. The initial period of 3 weeks, which is necessary to eliminate the consequences of the accident, has already increased to 3 months.

As you can see, the "gas stranglehold" on the neck of the Old World is tightening more and more tightly. It is not at all clear what will happen to the economy EU, if during the hostilities in Nezalezhnaya the Ukrainian GTS will also suffer. How the Europeans are going to then compete on the price of LNG with Asian consumers is not clear. The coming winter of 2022-2023 will be “fun” for everyone.
Reporterin Yandex News
Reporterin Yandex Zen
20 comments
Information
Dear reader, to leave comments on the publication, you must sign in.