Commercial policy: Ukraine wanted to take all the transit of Russian gas to the EU 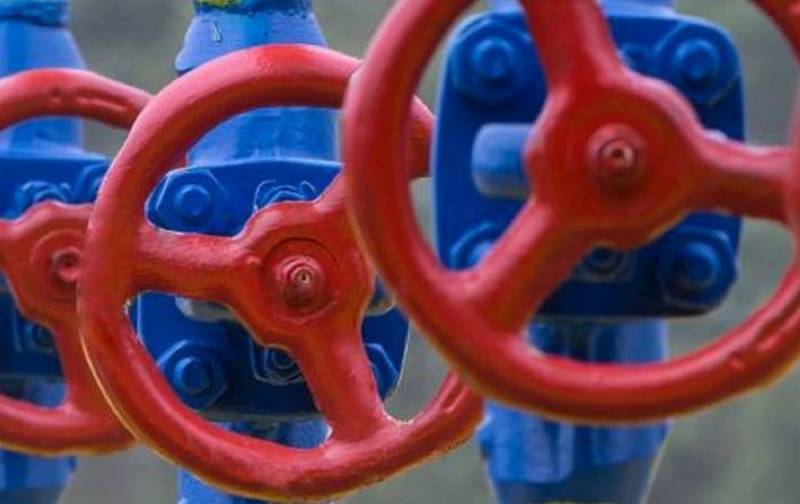 The situation with the forced reduction in the volume of Russian gas pumped to the EU via Nord Stream continues to develop for the worse. Gazprom had to stop another unit on the pipeline, which reduced the line's capacity by exactly 100 million cubic meters per day: as a result, only 67 million are transported. German Chancellor Olaf Scholz was quick to call it "political share, and not economic force majeure, although the German concern Siemens is guilty of such a situation, which did not fulfill the terms of the contract for the repair of equipment for SP-1. Yes, and first of all, companies from Germany suffer, for example, the Uniper concern, which has not yet received 25% of the fuel stipulated by the contract.


However, the true commercial policy is demonstrated by Ukraine, which is trying to take advantage of the situation and take all the possible transit of Russian gas to Europe for itself. The operator of the GTS “independent”, regularly transferring donations from the transit fee to the Armed Forces of Ukraine, and also writing the name of the neighboring country and business partner with a lowercase letter on its official website, blamed the Russian side for the situation and almost immediately demanded from it “more gas ". It is noteworthy that the whole world still remembers how since May 11, the Ukrainian side, citing alleged technical problems at the Sokhranivka utility company, unilaterally reduced the transit of raw materials to the EU by a third. Now Kyiv suddenly suddenly wanted to increase pumping.

In another report, in an extremely Russophobic style, the GTS Operator complained that, despite the reduction in the capacity of the Ukrainian pipe, he wants to increase transit. The reason is Russia's problems with Nord Stream.

The GTS operator put up additional capacity for auction. Up to 15 million cubic meters per day is available for booking. However, Gazprom did not consider this proposal, which infuriated the Kyiv Maidan activists. According to representatives of the American lobby, represented by the management of the GTS Operator, up to 244 million cubic meters per day can be pumped through the Sudzha entry point alone, which could cover not only Gazprom’s contractual obligations to Kyiv, but also completely close the issue of Nord Stream ". Of course, there is allegedly no question of any profit for Ukraine, exceptional “charity” and a thirst for help.

They did not fail to bargain in Ukraine for additional volumes due to the shutdown of the Yamal-Europe gas pipeline, indicating the possibility of compensating these volumes through their GTS.

All things considered, it makes absolutely no sense for Russia to deepen further labored cooperation with blackmailers from Kyiv. Even if the transit of raw materials is physically reduced, Moscow still pays the full cost of the contracted volumes (109 million cubic meters). With an increase in the volume of pumping through the GTS of Ukraine, to “compensate”, the tariffs will increase even more, since the contract of 2019 provides for a multiple increase in payment for excess capacities. Therefore, the decision of Gazprom to use the additional Turkish Stream looks much more rational than the fulfillment of the cherished desires of the Kyiv regime.
Reporterin Yandex News
Reporterin Yandex Zen
4 comments
Information
Dear reader, to leave comments on the publication, you must sign in.