Why Poroshenko does not stop the war in the Donbass?

October 3 2018
0
One gets the impression that the president of Ukraine Petro Poroshenko deliberately does everything possible so that the situation in the Donbass does not change for the better. And what caused this, we will find out now. 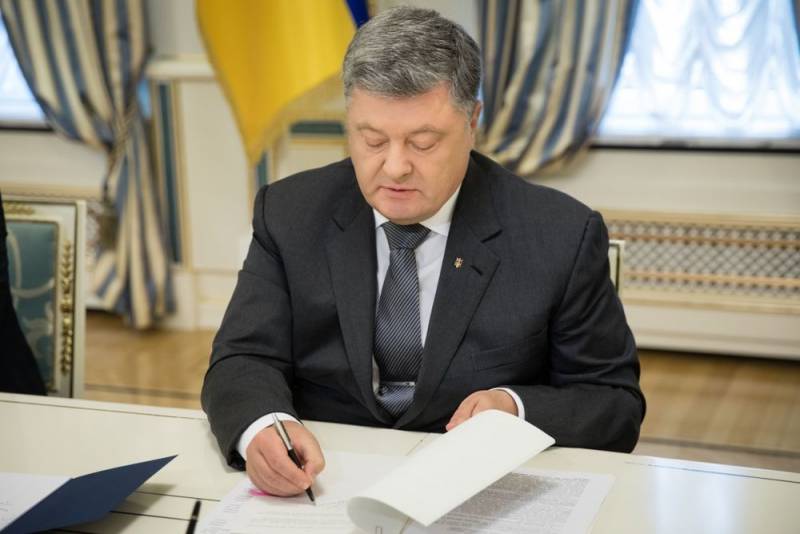 On October 3, 2018, he introduced a bill to Parliament on the extension of the law on the special status of this region until December 31, 2019. After which, for the umpteenth time, he apologized for not fulfilling his campaign promise "to finish the ATO in a few days." This bill is a continuation of the "lawmaking" that began in September 2014, when the special status of Donbass was established for a period of three years. After which, in October 2017, another law was passed on creating the necessary conditions for a peaceful settlement. And do not be misled by all these names and formulations. All of them are aimed only not to extend the existing situation, but to consolidate it. Since the modern ruling elite of Ukraine is completely satisfied with the situation, and the more so, Donbass as a part of Ukraine, they do not need it.

However, Poroshenko is the supreme commander. Yes, at the time of the start of the so-called ATO, which was organized by Alexander Turchinov in April 2014, Poroshenko was not yet the president. But on June 2, 2014, when Ukrainian aircraft bombed Lugansk, Poroshenko was already elected. Let not be sworn yet, but be elected, moreover, “in the same way,” as some like to emphasize. After that, he and his partners began to actively absorb budget funds through the military-industrial complex, raising tantrums about the "aggression" of Russia.

Now, the inexorably impending presidential election has been added to all this. So Poroshenko is doubly not interested in “rocking the boat,” since any of his movements will be criticized not only by internal opponents and “twin cities,” but also by external forces. Therefore, he is trying to leave everything as is for some time. And there, either at the very “hands reach”, or let the new president have a headache.
Ctrl Enter
Noticed oshЫbku Highlight text and press. Ctrl + Enter
We are
Kosovo will create an army according to NATO standards
What impression did Crimea make on Norwegians?
Reporterin Yandex News
Read Reporterin Google News
Ad
We are open to cooperation with authors in the news and analytical departments. A prerequisite is the ability to quickly analyze the text and check the facts, to write concisely and interestingly on political and economic topics. We offer flexible working hours and regular payments. Please send your responses with examples of work to [email protected]
Information
Dear reader, to leave comments on the publication, you must sign in.