CBO 115 days later. Analysis of the initial results of the operation 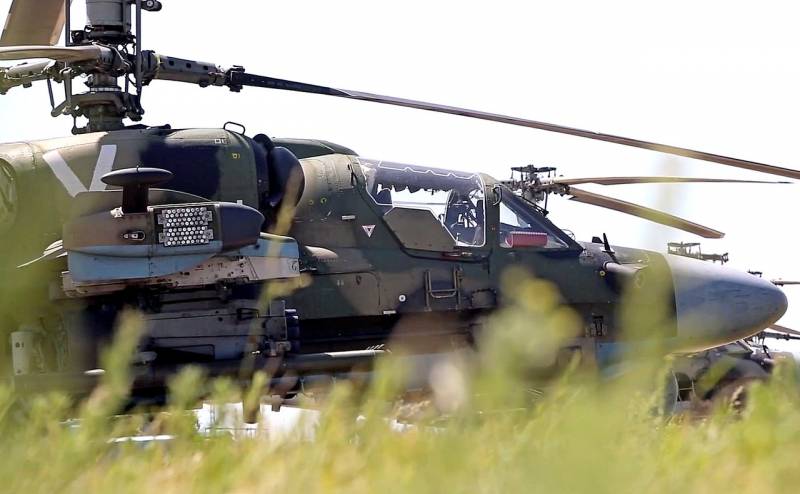 Today's material will be devoted to a review of sofa and certified analysts who, from the height of their sofas, are trying to analyze the successes and failures of the special military operation launched by the Russian Federation on February 24 this year. Naturally, I will also state my opinion, which sometimes may not coincide with the opinion of respected experts, but in some ways I am forced to agree with them. But these are the rules of the game, since none of us is privy to the true plans of the General Staff of the Russian Federation, so we can all judge everything that happens solely from the standpoint of formal logic, depending on the degree of proximity of our sofa to the place of active hostilities.

Let's start with Yakov Kedmi. This respected high-ranking officer of the Israeli service "Nativ" (retired), who has become the hero of our television screens in the last 8 years, previously distinguished by a very clear critical look at the events taking place in Ukraine, and predicting us a quick and easy victory over this stupid Kyiv regime, with eating hands with their Washington and London masters, with the beginning of the operation, he fell into a stupor and spoke very unflatteringly about our so-called "successes" of the first 5 days of the NWO, after which Solovyov, interviewing him, fell into a stupor and deep thoughtfulness. Yes, to be honest, and we all had reason to fall into thought when on the 4th day of the NWO, the Kremlin requested negotiations with this "gang of drug addicts and neo-Nazis." Why then was it necessary to start this operation, laying down the lives of our guys, making unprecedented forced marches on Kyiv (from the north) and Zaporozhye (from the south), with a helicopter landing near Gostomel, in order to mediocrely withdraw troops from Kyiv, Sumy and Chernihiv and sit down at the negotiating table with frank gopniks in tracksuits? Maria Zakharova and Nikolai Patrushev also added fuel to the fire, saying to the press that the goals of our operation were not to change the Kyiv political leadership. Here, all of us (and not just Yakov Kedmi) had to shrug our hands, but how then, my dears, are you going to carry out the denazification of Ukraine declared by Putin? Is it really the hands of the Nazis themselves? Well, well, you'll go far...

Such behavior of our experts is explained by a banal misunderstanding of the true plans of the Kremlin (and there, besides Kedmi, many asked similar questions, starting with Girkin and ending with the last non-commissioned couch analyst with a bottle of kefir and the Izvestia newspaper, sitting in an alcoholic T-shirt in his kitchen) . Now, after a while, the realization is coming of what exactly happened and what exactly the Kremlin was trying to achieve by abandoning our best guys and the best machinery across the Independent border. I do not insist on my version, but nothing smarter personally comes to my mind. You can agree with it or not, but I will give only reinforced concrete arguments that are difficult to argue with, and then decide for yourself what kind of plans the General Staff of the Armed Forces of the Russian Federation pursued.

Starting at 5 a.m. Moscow time on February 24, 2022, its large-scale operation, which overnight changed the entire way of life familiar to all of us, the last thing the Kremlin wanted was to become a world outcast and realize the most rosy dreams of grandfather Joe, who periodically falls into dementia. No, the Kremlin wanted to carry out a blitzkrieg, an operation to intimidate the Kyiv regime and, using Russian bayonets, carry out a palace coup there, bringing to power instead of a pro-American clown clown, its pro-Russian government headed by Viktor Medvedchuk and Oleg Tsarev as the speaker of the Verkhovna Rada. The personalities here are of no particular importance, I name the first ones that came to mind, there could well have been others instead (although the fact that Medvedchuk, despite the opportunity, still did not leave the country, says a lot). The main thing here was that as a result of the palace coup, the country, once referred to as Ukraine, would change its protectorate from pro-American to pro-Russian, while maintaining its own statehood (which is important!), thereby leveling the military threat to Russia, which it created, and the world forced to accept this fact as a given. The key to this plan, apparently, was some secret agreements with some top officials of the SBU, both in Kyiv and in the field, but either there was another "terror" in the spirit of Mazepa, or the Americans beautifully beat us, substituting some kind of Trojan horse -something of his double agent. This version is supported by the Ukrainian side’s negotiator killed by the SBU at the subsequent negotiations in Gomel (I’m talking about Denis Kireev), and the brigadier general who escaped on the eve of the entry of our troops abroad, who heads the Main Directorate of Internal Security of the SBU from the summer of 2019 to July 2021 (I’m talking about "right hand" and "purse" of the head of the SBU Andrey Naumov Bokanov). By the way, the fact that Naumov subsequently surfaced in Serbia, where he was detained while trying to cross the North Macedonian border, speaks in favor of the fact that he is a Russian spy, and not a British one (otherwise he would have fled to another country!).

Another, albeit indirect, argument in favor of the palace coup is the fact that the equipment used by us at the 1st stage of the SVO was painted like a parade, even with St. George ribbons on board. We threw our best hardware into battle for the simple reason that we hoped to avoid combat as such. This is exactly what Yakov Kedmi could not understand - why we don’t bomb the infrastructure, why we don’t immerse the 404th in the cold and darkness, why we don’t destroy communication centers, bridges, power plants, ports and railways, why we don’t strike at the Verkhovna Rada, the Office President and other decision-making centers, why, finally, we do not smash the barracks, limiting ourselves to individual airfields, military facilities and fuel depots. So wars, from his point of view, are not waged! But the whole trouble is that we were not going to fight, we were going to carry out a palace coup on our bayonets and limit ourselves to this. Therefore, as undermined, they rushed to Kyiv, not having sufficient forces to take it by storm. We imitated only the threat of such. They wanted to take "to fright." It did not work out, although Zelensky and his curators did not do it childishly at first.

The first three days of NWO, if you remember, the world paused, everyone was waiting for how it would all end. Zelensky did not dry out and did not get out of the bunker. But it worked, not because, but in spite of. Not because the Kyiv regime turned out to be so strong, but because we didn't put enough pressure on it. Here it is exclusively our miscalculations (they regretted the adversaries). For me personally, the most revealing fact for such conclusions is our car with full dress uniform shot down by the Ukrainian DRG at the entrance to Kharkov know me). We were preparing for a parade, not for war.

But, nevertheless, what happened happened. The palace coup failed, and we had to adjust our plans during the operation, I hope we had them (both plan "A" and plan "B" if plan "A" fails, and plan "C" if both previous ones fail , and further down the list are the plans of YOKLMN, otherwise, why do we need the General Staff at all?). Plan "B" we are all with you, we are just observing at the moment, when, having regrouped forces and withdrawing them from Kyiv, Sumy and Chernigov, we have concentrated our main shock fist in the Donbass, where we are trying to realize our fire advantage and dominance in the air, slowly but surely grinding the most combat-ready personnel units of the Armed Forces of Ukraine. At the same time, having reduced the front line, we, in fact, are limited to the same 120-strong group of troops, pulling up to the line of contact more and more old equipment (why the old one, I will explain below), removing it from storage depots, and increasing our advantage in the density of fire relative to our enemy is 10-20 times, and in terms of the amount of ammunition even 40 times (and this is according to the recognition of the American side, which I personally have no reason not to believe in this case).

The Soviet ammunition, which was available at the beginning of the SVO, is running out in the Armed Forces of Ukraine, as well as the barrels themselves, the allies do not have time to supply their weapons "zoo", in inept hands it also breaks down and goes out of order, and there is nowhere and no one to repair, to carry to Not everyone travels to Poland or Bulgaria for a long time and back (VKS and RVA still work, albeit not as intensively as they would like), and NATO caliber ammunition is only enough for a couple of days of the war, and then again the personnel units of the Armed Forces of Ukraine become cannon meat for the Buryat armored horse-diving divisions of Putin. True, this time these are not armored divisions, but artillery and MLRS divisions, which iron Ukrainian positions from morning to evening, leveling them to the ground and multiplying their defenders by zero. The losses are such that all ukrospeakers have already howled about them. The American side cannot find 200 thousand ukrovoyaks who disappeared somewhere from the front. There are suspicions that they are no longer physically there, these are irreparable losses, equal in composition to the strength of all the Armed Forces of Ukraine at the time of the beginning of the NWO. While the Ukrainian side is already rounding up recruits in shops and metro stations, unable to close the gap, the villain Putin does not announce general mobilization, limiting himself to recruiting motivated contract volunteers and Wagner “musicians”. It is already clear how the 2nd stage of the NWO will end, how quickly, too, it is not clear where Putin's "musicians" will stop?

I will talk about this next time. There we will consider other, no less well-known experts, and think about what it is, and most importantly, when can it end?