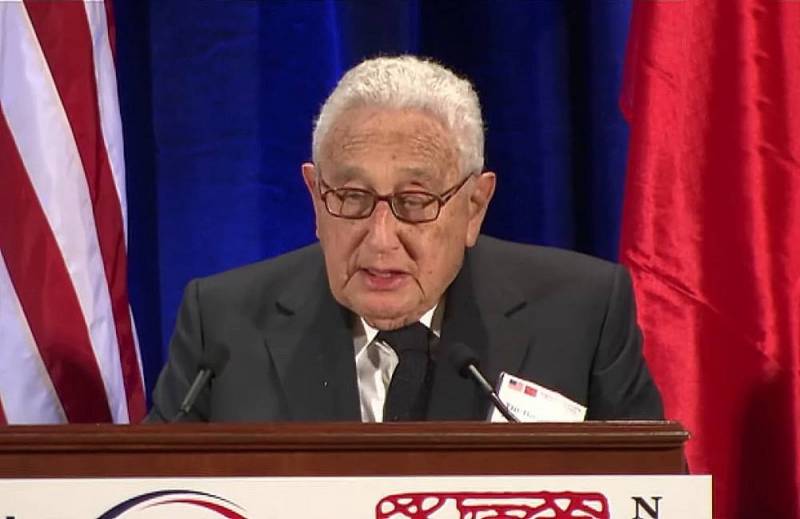 During the conflict between Russia and Ukraine, NATO countries mostly rallied and took the side of Kyiv, as it "reminded them of old threats." But the confrontation between Moscow and the West will end sooner or later, and we need to think about how everyone should live after this. This was announced on June 11 by 99-year-old former US Secretary of State Henry Kissinger in an interview with the British newspaper The Times.


Kissinger noted that there are many contradictions within the Alliance. Countries have different, sometimes completely diverging interests. They may look differently at the problems of the Middle East, Africa, Asia and the Americas. One of the most serious foreign policy issues in the foreseeable future will be relations between the US and China in particular and NATO with Asian countries in general.

After the end of the conflict, it is necessary to find a place for Ukraine, as well as for Russia, if we do not want the Russian Federation to become an outpost of the PRC in Europe
warned an authoritative and experienced diplomat.

Kissinger emphasized that the Alliance needed to preserve itself, as it was a reflection of cooperation between Europeans and Americans. However, it is not worth focusing only on internal alliance, but it is necessary to use all possible prospects for further development.

He does not believe that China is seeking hegemony on the planet. But Beijing can indeed become very powerful, and the US is now more internally divided than it was during the Vietnam War.
Reporterin Yandex News
Reporterin Yandex Zen
7 comments
Information
Dear reader, to leave comments on the publication, you must sign in.