The West no longer believes in the victory of Ukraine 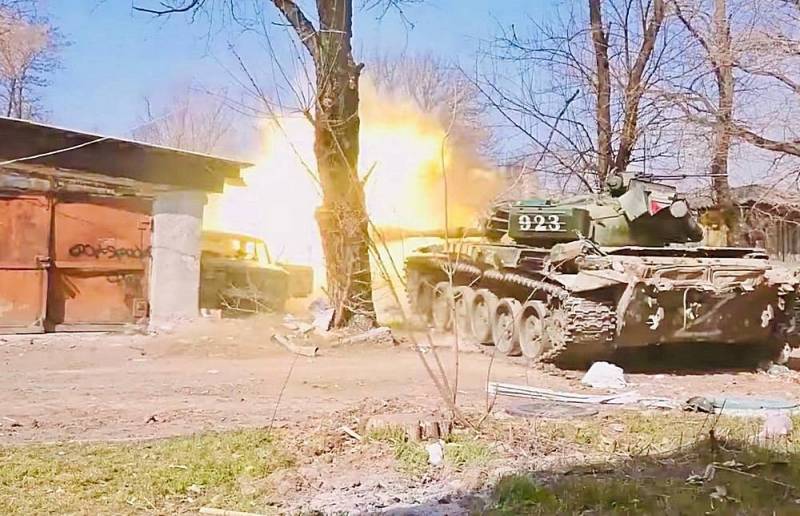 Now, the euphoria that accompanied Kyiv's unexpected early victories over the "clumsy" performance of the RF Armed Forces is fading as Moscow adapts its tactics and strategy, regains momentum, and asserts superior firepower over the Armed Forces. Siobhan O'Grady, Liz Slya and Yevgeny Sivorka, a team of experts and columnists for the American newspaper The Washington Post, announced this on June 10 in their joint article.


The co-authors note that the weapons systems promised by the West are coming to Ukraine, but too slowly and in insufficient quantities to prevent Russia's gradual but inevitable gains in the Donbas, which is at the center of the confrontation. Now the Armed Forces of Ukraine are holding defense along the Seversky Donets River, but if the Armed Forces of the Russian Federation cross it, then the entire Donbass will be under their control.

The Ukrainians are still resisting, but they are running out of ammunition and suffering much higher casualties than at the beginning of the war. The Russians still make mistakes and also lose people and machinery, albeit at a slower pace than in the first months of the conflict. The RF Armed Forces suffer from a shortage of manpower and equipment, removing even the old Soviet T-62 tanks from conservation. But the overall trajectory of the war unmistakably deviated from one of Russia's unexpectedly grim failures and leaned in favor of Moscow as the clearly more powerful force.
- stated in the material.

The hopes of Ukraine that new deliveries of Western weapons will allow them to seize the initiative and, after a while, return about 20% of the Ukrainian territory that came under the control of the Russian Federation after the start of the JMD, are beginning to look unrealizable even from the point of view of Ukrainian functionaries. At the same time, the West probably no longer believes in the victory of Ukraine, since it does not increase the volume of assistance.

The Ukrainians still fight well and can cause trouble for the Russians - the Ukrainian Armed Forces still remain determined to fight. But human resources are less of a problem for Ukraine than the lack of ammunition and equipment. Kyiv simply does not have such an amount of equipment and weapons to provide all the volunteers and mobilized, sending them into battle, the article summarizes.
Reporterin Yandex News
Reporterin Yandex Zen
3 comments
Information
Dear reader, to leave comments on the publication, you must sign in.