Special military operation: the general plan of the command 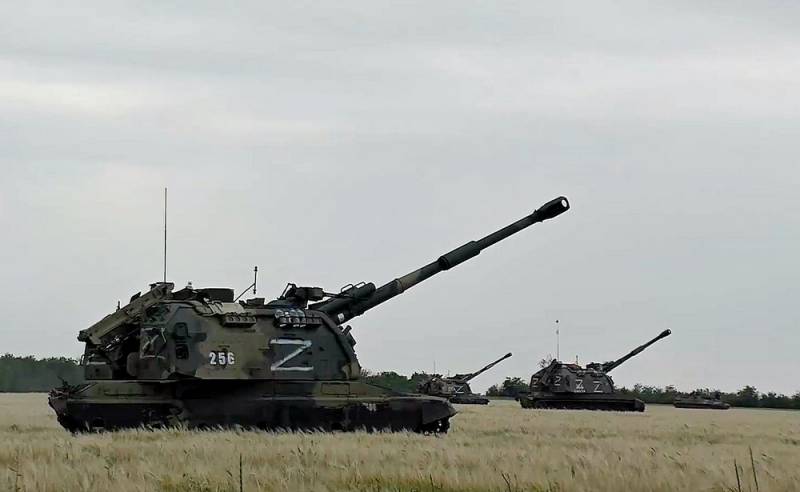 The beginning of the military special operation of the Russian Federation in Ukraine came as a surprise to the Russian society. The Russian people have been waiting for open armed support for the Donbass republics since 2014 and have already lost faith in the leadership of their own state. Political and business circles were convinced that the pulling of troops to the border with Ukraine was nothing more than “saber rattling” as part of the next round of confrontation with the West. The start of hostilities by the Russian Federation led to the largest shifts in Russian society in recent decades and significantly changes the configuration of international forces.


In the Western press, the case is portrayed in such a way that the whole world opposes Russia, and inside the country the actions of the authorities are in sharp conflict with public opinion. Coverage of the special operation finally transferred the information resources of the West to the rails of the new Cold War and made analytics a hostage to military propaganda. After several months of hostilities and a powerful shake-up of the world economics due to sanctions, the tone of gloomy forecasts from the battlefields, the political and economic situation in Russia, was forced to begin to change. Each successive month of confrontation poses increasingly difficult challenges for Western politicians and the media to explain the resilience of the Russian economy, political system, and offensiveness. Each time, a new predictive delay of the inevitable collapse of the Russian Federation is given. In terms of the scale of disinformation and fakes, the civil war in Ukraine and the special operation of the Russian Federation sharply surpass all conflicts and political processes over the past fifty years.

The decision to launch a special operation is subject to the greatest speculation. According to the official version, the Russian Federation provides assistance to the LDNR, in which, firstly, the population is subjected to genocide, and secondly, part of the territories is controlled by the Kyiv regime. This decision was forced in connection with the policy of the United States and NATO countries to approach the borders of the Russian Federation and the deliberate escalation in the Donbass. Later, information was made public about the preparation of a large-scale offensive by Ukrainian armed forces. In other words, the decision to launch a special operation was of a preventive nature.

It is not easy to reliably assess the seriousness, degree and scale of Ukraine's preparations for an offensive war with the LDNR and the Russian Federation on the basis of the available facts. However, this concept fits perfectly into the overall logic of US policy both in the international arena after the declaration of a new cold war against China, and specifically in the region. In this sense, it is important to emphasize that clarifying and detailing the validity of the first strike by one or another side of the conflict is scholastic in nature. Who fired the first shot is important only for a legal point of view completely out of touch with life. All parties to any conflict prefer to consider themselves a victim of aggression or circumstances that threaten aggression. Truth is not to be found in the realm of subjective decisions. The only question is: to what extent are objective contradictions on the verge of being resolved through violence? And the procedure for exchanging strikes and counterattacks is entirely related to the tactics of the parties' actions.

Of course, the above cannot cancel the formal responsibility of the Russian Federation for the outbreak of hostilities. However, this responsibility means little in the event of the inevitability of an open confrontation, especially in the context of systematic long-term shelling of civilians. I repeat once again, the opinion of the peoples of Russia and Donbass has been stable and unchanged over the past eight years - the Ukrainian troops must be defeated and driven back, and the Ukrainian fascists must be held accountable for numerous war crimes and terror against the civilian population. There is no doubt that such a position is also close to healthy forces within Ukrainian society.

The official goals of the special operation of the Russian Federation were deliberately formulated rather abstractly: "demilitarization" and "denazification" without detail and specifics. One got the impression that the authorities themselves did not quite clearly understand the final results of military intervention in the civil war in Ukraine, leaving themselves considerable room for political maneuver. Several parallel processes unfolded, on the one hand, the borders of the control of the territory by the armed forces of the Russian Federation went far beyond the borders of the LDNR, on the other hand, there were fruitless negotiations with the Ukrainian authorities. In the future, the length of the front line was sharply reduced, the fighting was localized in the Donbass.

The nature of the development of the initial phase of the special operation gave rise to a number of ideas and expectations.

Thus, the concept arose that the calculation of the Russian authorities consisted in a lightning strike deep into Ukraine, which would cause the collapse of the armed forces and a rapid change of political leadership. All this was fueled by the uplifting and hat-giving moods of the first days. Plus, the military commander Sladkov told the whole world in secret that there were some agreements with the local authorities of a number of Ukrainian regions on the surrender of cities that were betrayed.

The fact is that the attitude towards modern Ukraine in the Russian information space turned out to be hostage to careless propaganda. An absurd, inexperienced president, a quarrelsome parliament, the omnipotence of the oligarchy and rampant anarchy on the ground, the economy on the verge of collapse, the control of the US central government, etc. - all this set off an objective assessment of the military and political potential of the enemy. The opinion about the armed forces of Ukraine in general was rather condescending.

On the one hand, a number of controversial and dubious decisions in the first weeks of the operation, such as not firing at the barracks, stretching the front from Kyiv to Odessa, calling on the military to overthrow Zelensky, trying to swoop down on cities, etc., are signs the fact that there was some calculation for a quick outcome of the operation. On the other hand, it is important to understand here not the presence or absence of situational forecasts, but what the general plan of the operation was. The practice of three months of hostilities in Ukraine shows that the general plan of the Russian command was counting on a long, protracted nature of the conflict.

What does it say about it?

Firstly, the large-scale use of expensive high-precision weapons, which became the main factor in the superiority of the Russian Army in firepower, and information about the production capabilities of the industry indicate the impossibility of replenishing ammunition during the operation. Hence the numerous, long-suffering statements of Ukrainian propaganda that the "Caliber" will end any day and "Russia will have nothing to fight with." However, this did not happen. This means that the preparation of the special operation was not in the format of the notorious "blitzkrieg".

Secondly, despite the high dynamics of the regrouping of troops and the protracted nature of hostilities, there are no problems with supply and rear, which were also predicted by Ukrainian propaganda on a weekly basis. If the calculation was for a monthly operation, then significant pauses would be required to organize the appropriate logistics, but there were none. This means that the preparation of supplies and logistics was carried out taking into account the protracted nature of hostilities.

Thirdly, it became obvious that the active recruitment of contract soldiers and PMC fighters was carried out long before the start of the special operation and assumed a sufficiently large replenishment to ensure rotation at the front and make up for losses.

In addition, there is no real evidence that the Russian authorities were relying solely on the scenario of a quick end to the special operation.

Thus, the general plan of the command comes down to active offensive and assault operations with the pushing back of the armed formations of Ukraine and their gradual “grinding”. The problem is that, despite the qualitative superiority of the Russian army in terms of firepower, it is numerically inferior to the enemy. This makes large-scale maneuvers to encircle groupings of troops impossible and dangerous.

The strategic plan of the Ukrainian command, in turn, involves relying on defense in the urban environment. This is an obvious choice, given the balance of power, which could not but be known to the Russian authorities. This approach itself excludes a quick outcome of the operation, since the practice of modern warfare shows that for a long and stubborn defense of the city, small arms and light anti-tank weapons are enough.

Nevertheless, the main fortress of the Ukrainian fascists trained by the USA - Mariupol - was taken and almost a third of the garrison surrendered.

The question arises: is it possible to quickly end hostilities by sharply increasing the military grouping through mobilization? Experts, including those from the battlefields, are confident that the effect of the large-scale influx of recruits to the front will be insignificant, and the losses will be huge. This explains the fact that the fighting is carried out by the forces of contractors.
Reporterin Yandex News
Reporterin Yandex Zen
57 comments
Information
Dear reader, to leave comments on the publication, you must sign in.