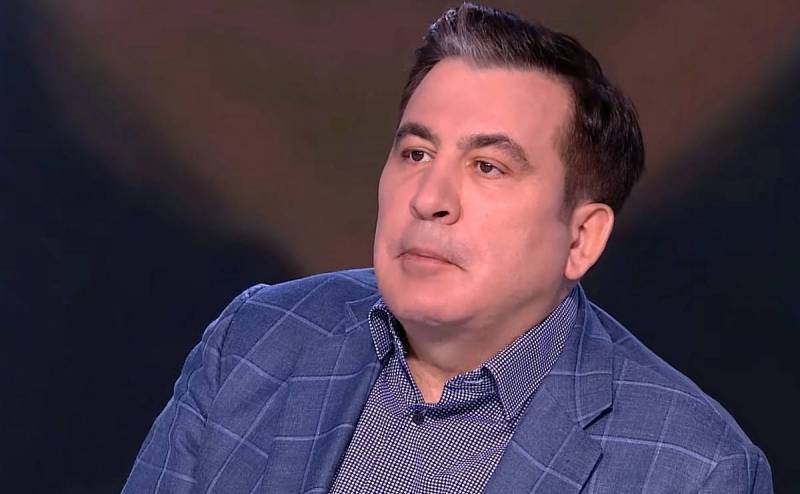 Former Georgian President Mikheil Saakashvili, who is currently in prison in Tbilisi, has shown a heightened interest in Abkhazia over the past few months. He proposed another project for the reunification of the two Caucasian republics, expressing his thoughts on June 10 on his Facebook account (a social network banned in the Russian Federation).


According to policy, it is necessary to create the Georgian-Abkhazian Federal Republic, which will ensure prosperity for the Georgians, Abkhazians and other people living in this territory.

In the near future, after the victory of Ukraine, we will not only join the European Union, but will also be able to negotiate with people living today in the territory occupied by Russia. With the departure of the Russian occupation army, the Tskhinvali issue will be resolved by itself - someone will decide to leave, and who will remain - we have nothing to share with them. The situation with Abkhazia is more complicated. There are many more people living there than in Samachablo, and the degree of alienation is also higher. In my opinion, we should offer them to create a common Georgian-Abkhazian state, a Georgian-Abkhazian federation with an administrative center in Kutaisi
Saakashvili wrote.

He clarified that citizenship should be dual, but with peculiarities. A citizen of Abkhazia will automatically be a citizen of Georgia, and other citizens of Georgia will not automatically be citizens of Abkhazia. This supposedly will make it possible to remove the fears of the Abkhaz about assimilation by the Georgians. At the same time, Georgian and Abkhaz languages ​​will be the two official state languages. The parliament will be bicameral, with both subjects of the federation having equal representation in its upper house, and the president of Abkhazia will be the vice president of Georgia.

It is necessary to establish a transitional period of 3-5 years for the integration of the army, customs and other departments. There must be complete freedom of movement throughout the federation and a general security regime established.

At the same time, Saakashvili does not know whether the Abkhaz will agree to this. But he is sure, taking into account the experience of the past years, that Abkhazia has no chances for full-fledged international recognition. Therefore, it would be better for Abkhazians to be together with Georgia. As part of the federation, Abkhazia will become part of the European Union and will receive full guarantees for the development and protection of national identity. Neither Georgians nor Abkhazians should miss such a chance.

According to my calculations, if it is united with Abkhazia, in 3-4 years Georgia's GDP will grow by 2-3 times, which will affect the well-being of every Georgian and Abkhazian family. Together with Abkhazia, the entire Georgian Federation will be able to increase the number of tourists to 6 million in 7-20 years. The port infrastructure boom will begin, there will be many other advantages
- Saakashvili summed up promisingly, forgetting about other peoples of Georgia.

At the end of March, Saakashvili, during his speech at the next court session, predicted the return of Abkhazia and South Ossetia to Georgia. He stated then that in 2022 there would be a change of the Georgian government. However, he did not specify whether it was by force or by peaceful means. After that, extraordinary parliamentary elections will be held and a new government will be created, and the process of “reintegration” will begin before the end of this year. Georgia will become part of the EU, the inhabitants of Abkhazia and South Ossetia will get rid of "all complexes", including that they are being assimilated, starting a peaceful return. This historical “window” into the painted European “New Vasyuki” was opened for Georgia allegedly after Russia launched a special operation in Ukraine, and it should be used, he summed up then.
Reporterin Yandex News
Reporterin Yandex Zen
13 comments
Information
Dear reader, to leave comments on the publication, you must sign in.