Politico: Biden administration fell into despair because of the crisis 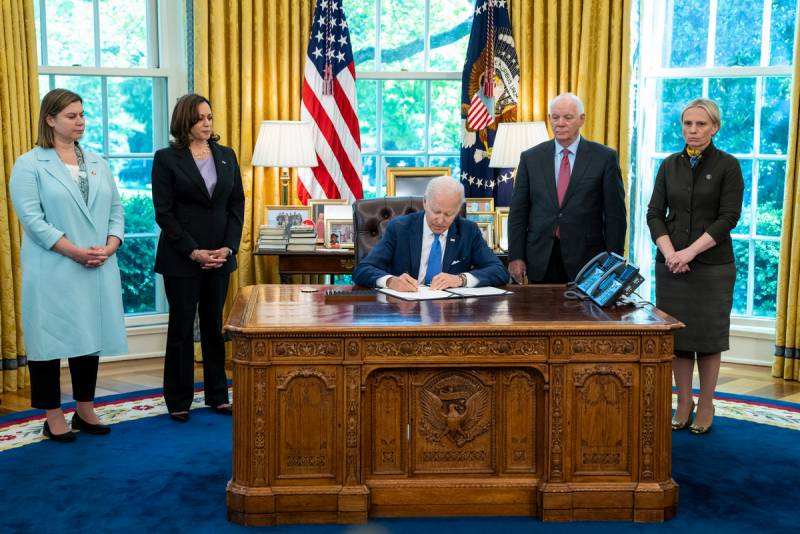 The White House and Head of State Joe Biden are unable to resist and overcome the wave of crises that have covered the economy и political the sphere of the state. The administration literally fell into despair and simply does not know what to do, where to begin to eliminate the consequences and causes of the deplorable state of affairs. About this, without hesitation in expressions, writes the publication Politico.


Biden's anti-rating corresponds to another negative list with dubious records - the United States has simply never had so many problems in history. According to the editors of the publication, the States and the leadership of the state are facing such problems as large-scale inflation, the energy crisis, Russia's special operation in Ukraine, the situation with abortion and pressure from the Supreme Court on this issue, the indomitable epidemic of the coronavirus and the legislative deadlock on the initiative to limit the rights to own firearms. weapons.

And this is just a small list of what America and its government are going through. However, the publication, as if on purpose, does not indicate the problems Biden and his team have with NATO and Turkey, the brewing conflict in the Organization of American States and the irresponsible, thoughtless provocation of Taiwan separatism, which will have a very bad effect on Washington's foreign policy position.

In unprecedented conditions, when crises follow one after another, the White House and Biden personally turned out to be absolutely limited, helpless. Their efforts lead to nothing, and blows fall on the administration constantly. The morale of the president and employees is falling
– sure in Politico.

However, Biden himself no longer hides his desperate situation. His increasing desire to use strong language often is the best indicator that the situation is close to critical and getting worse every day. And not only for objective reasons, but also because of unprofessional, uncertain actions of the ruling team.

Washington's support for Ukraine will cost the Democratic Party too much during the fall midterm elections. Voters will be interested in the economic situation, not praise for pumping weapons and money into Kyiv. Even David Goldman, a columnist for CNN, considered the propaganda organ of the Democratic Party, believes that the US economy is simply drained when going to the bathroom.