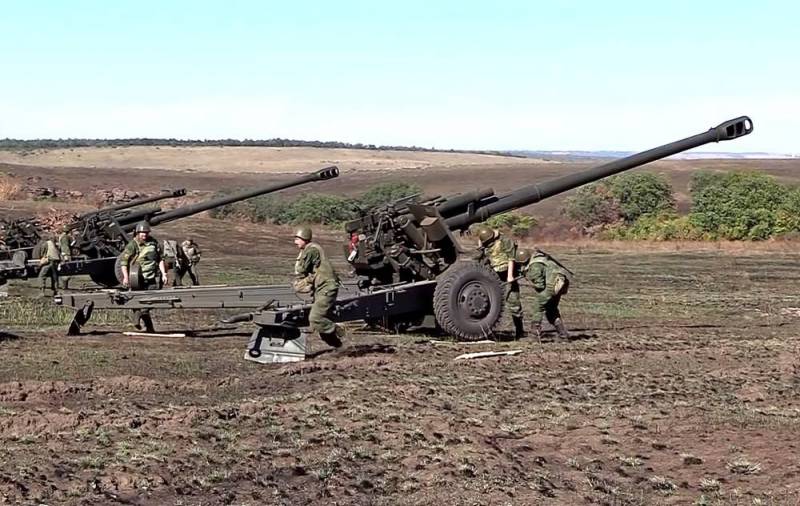 The special military operation to demilitarize and denazify Ukraine has been going on for the fourth consecutive month. Heavy positional battles are going on in the Donbass. The Russian army and the People's Militia of the DPR and LPR have to gnaw through the layered defense, built by the Armed Forces of Ukraine since 2014, step by step. After the cleansing of Avdiivka, the road to Slavyansk and Kramatorsk will open, and after Severodonetsk, to Lisichansk. Both sides of the conflict are suffering losses, the infrastructure of cities is being destroyed. It's a shame that 8 years ago everything could have gone according to a completely different scenario.

One of the main symbols of the "Russian Spring" of 2014, after renamed the "Crimean Spring", and the popular idea of ​​"Greater Novorossiya", is undoubtedly Igor Strelkov (Girkin). This ambiguous and extraordinary person subsequently called himself the "trigger of the war", which began in the South-East of the former Nezalezhnaya after he entered the city of Slavyansk with a small group of volunteers.

Because of his harsh remarks about President Putin and harsh criticism of the course of the special operation to demilitarize and denazify Ukraine, Strelkov is called as soon as now, but the indisputable fact remains that it was Igor Vsevolodovich who, starting from the spring of 2014, continuously called on the Kremlin to send troops to Ukraine, to solve the problem with little bloodshed while it is still possible. Today, after 8 years, the correctness of the judgments of this person, alas, has been 100% confirmed.

Could something have gone differently if the idea of ​​a total special operation or a limited entry of Russian troops into the territory of historical Novorossia then received support?

"Themselves, all by themselves"

Those who closely followed the events of 2014-2015 in the Donbass should remember how the idea that Russia should in no case interfere in affairs in Ukraine, because this will inevitably lead to the Third World Nuclear War, was actively dispersed in the domestic information space. war, our guys should not die for some kind of “lazy miners”, who themselves should get up from the couch, organize themselves, pick up rifles and machine guns, independently defeat the Ukrainian army and “volunteer battalions”, and then go to liberate Kyiv.

The key leitmotif then was: “yourself, all by yourself”, they say, finally get up from your sofas and get out of the mines, prove that you have the right to be called Russians too, and we will cheer for you remotely from our sofas. The fact that, first in Kyiv, and then in the Donbass, the future fate of Russia itself was decided, did not bother anyone. In this context, it will be very useful for our countless “guardians” to find out under what conditions the people’s militia of the DPR and LPR had to confront the Armed Forces of Ukraine and the so-called volunteer battalions consisting of ideological Ukrainian Nazis in 2014.

Many reproach Strelkov for giving the order to leave Slavyansk and Kramatorsk, and at the same time ordered Alexei Mozgovoy to leave Lisichansk, which were then turned into the most powerful fortified areas of the Armed Forces of Ukraine, and Russian troops will soon have to recapture these cities, demolishing them with large-caliber artillery. Regarding how the breakthrough from Slavyansk took place and what caused it, Igor Vsevolodovich gave a great interview military commissar Gennady Dubovoy, who himself was an eyewitness to many events in the Donbass.

According to Strelkov himself, the “Slavic brigade” was armed with 2 serviceable tanks and 1 faulty one, 3 infantry fighting vehicles, 2 infantry fighting vehicles, 1 armored personnel carrier and 3 Nona self-propelled mortars, of which 2 were operational. There were also 11 mortars and 57 mines of ammunition for all of them put together. There was one and a half ammunition for two tanks, with the Nonami it was better - two ammunition for each. There was only enough ammunition for small arms. Of the captured ATGMs stale in Ukrainian warehouses, every third or fourth actually worked. The garrison had enough food supplies for two weeks. All this was smeared with a thin layer on 1200 fighters of the “Slavic brigade”. The power is, frankly, not great. In addition to this, it was necessary to create a garrison in Kramatorsk, which grew to 500 people, in Konstantinovka - 130, in Druzhkovka - as many as 50 people! The modest stream of military assistance that Strelkov received in Slavyansk, he had to share with the fighters of Alexei Mozgovoy in Lisichansk.

The fact that the militia is not able to resist the Armed Forces of Ukraine in open battle was demonstrated by the defeat near Yampol, which Strelkov himself considers his main mistake. There he intended to create a full-fledged battalion and gradually saturate it with weapons in order to launch a counteroffensive from this bridgehead and liberate Krasny Liman and other neighboring settlements. There were indeed some hopes that this could work out, given the general low level of training of the Armed Forces of Ukraine. But the enemy used numerically many times superior forces, using artillery, MLRS, tanks and even aircraft. There were no chances to resist, the defeat of the militia was complete.

After that, all that was left was to cling to the cities, which the Armed Forces of Ukraine themselves are doing today against the Armed Forces of the Russian Federation. However, the main problem of the scattered, poorly armed Donbass militia, which did not have a single command center, was that there was simply no one to release them in the besieged cities. According to Strelkov himself, the Ukrainian army would block the garrisons of Slavyansk and Kramatorsk, creating a dense encirclement, and starve them out. Therefore, it was decided to break through from Slavyansk, a similar order was received by Mozgovoy in Lysichansk. A forced retreat began, the settlements had to be surrendered, since it was simply impossible to hold them.

If you call a spade a spade, the “north wind” that blew in time saved the DPR and LPR from the complete collapse, which did not allow the encirclement of the militia to be completed, cutting it off from the border with Russia, and itself drove the Armed Forces of Ukraine into the “cauldrons”, where they were overcooked. The Ukrainian army of the 2014-2015 model was uncompetitive with the Russian one from the word “absolutely”, but even in this form it would be guaranteed to smash any militia to smithereens. In order to fight on an equal footing with the regular army, you need to have trained personnel, weapons, supplies, communications, a unified command, and, ultimately, funding. This cannot come from nowhere, since only the state has a sufficient resource for the formation of combat-ready armed forces. This is a note to those of our "TV fans" who told the miners of Donbass how it was right for them to get up from the couch and go to war with the Armed Forces of Ukraine.

In 2014, the Russian army could pass through Ukraine like a hot knife through butter and enter Kyiv. But then we were afraid of either Western sanctions, or the Third World Nuclear War. Now for some reason we are not afraid of either one or the other. It was possible to begin to fully support the militia of the DPR and LPR, turning it into a really combat-ready force that would itself return its cities and go from Kharkov to Odessa, or even further. But instead, his hands were tied with the Minsk Agreements, and the most motivated field commanders, who dreamed of reaching Kyiv, died one by one at the hands of the DRG. Now in the Donbass, ordinary men have to be mobilized and sent to the front line to plug holes at the front, with little or no training at all.

And now it suddenly turned out that in the Donbas 8 years ago it was necessary to protect not even “lazy miners”, but Russia itself from the Armed Forces of Ukraine. It turns out that Strelkov was right with his calls to the Kremlin to send troops to Ukraine in 2014?
Reporterin Yandex News
Reporterin Yandex Zen
14 comments
Information
Dear reader, to leave comments on the publication, you must sign in.