Returning Taiwan by force may not be necessary 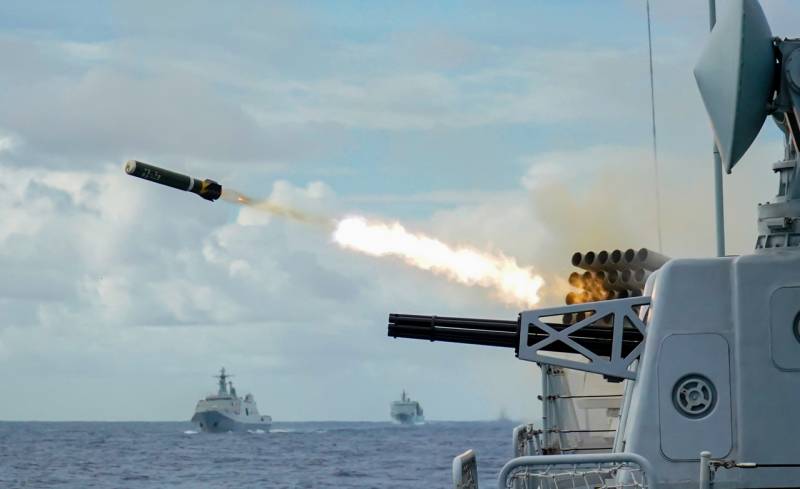 From the very beginning of the Russian military operation in Ukraine, about once every couple of weeks news the tapes throw in screaming headlines: “China reconnaissance aircraft violated Taiwan airspace, air defense put on alert”, “Chinese fleet moves towards the rebellious island”, “If the landing on Taiwan begins, it will be occupied in a matter of days” and the like. Each time it is asserted that this time everything will definitely be.


But, as it is easy to see, in reality, Taiwan has not yet been captured by landing forces from the mainland and has not even been bombed out of spite of global imperialism, despite the fact that allegedly “time is running out” and “the Chinese may not have another chance.”

Is the situation really favorable for an invasion now?

You can't just take it and grab it

Large landing operations - both sea and air - are perhaps the most complex aspect of military art. Even "simply" landing a large number of troops on enemy-free terrain will require careful planning and good coordination in the process, and will still involve great risk. And the landing and assault on the move, the defense strengthened over the years, is even more difficult by an order of magnitude.

It is clear that in the case of a hypothetical "siege of Taiwan" it will be a landing with a fight. In terms of scale, such an operation would be comparable to the landing in Normandy in 1944 (still the largest amphibious assault in history), if not even more.

Here it is worth recalling that then, eighty years ago, the Western allies had many advantages: dominance at sea, in the air, superior forces, and the hostile coast was defended mainly by second-rate units of the Germans (the Soviet Union did not allow the transfer of first-rate units from its front, starting offensive in Belarus).

Does China have similar advantages now? At least in the ideal version of a one-on-one collision, without the participation of the United States and Japan?

Characteristically, in recent decades, both sides have given priority to the naval and air components of their armed forces. According to Taiwan's current military doctrine, the sea is the main line of defense, and a potential aggressor must be defeated there before reaching the coast. Well, for China, achieving dominance at sea is generally one of the many aspects of global dominance. Of course, the possibilities of rivals in building up their power vary greatly.

Where the multiple superiority of the PRC is indisputable is in the number and quality of warships of the main classes: 2 aircraft carriers, 41 destroyers and 43 frigates against 4 destroyers and 22 frigates of Taiwan. Even bearing in mind the need to maintain a presence in the Indian Ocean, through which tankers with Middle Eastern oil lie, China can put up sufficient forces to suppress the fleet of the islanders. An additional trump card will be a powerful underwater fist of 70 submarines (and these are only hunter boats, excluding strategic missile carriers!), which can seriously “complicate life” for Taiwanese surface ships, while they themselves can put up only 4 submarines.

But with aviation, everything is not so clear. Yes, in general, Taiwan can only oppose its 296 combat aircraft to 1665 modern PRC aircraft, but out of the total, only 338 Chinese aircraft belong to the fleet and only (estimated) 48 of them are based on aircraft carriers. Of course, in the event of a hypothetical conflict, "land" aircraft will also take part in it, but one must understand that their pilots have much less specific experience in flying over the sea and using anti-ship weapons. In addition, the "land" aviation has its own big concerns on the border with India, and not all of it can be used to attack the island.

On the other hand, Taiwanese pilots spend most of their combat training preparing to repel attacks from the mainland, both air and sea. The multifunctional F-16 fighters that form the basis of the fleet and their locally developed classmates FCK-1, although they are inferior to the Chinese descendants of our Su-27, are quite competitive.

An additional advantage will be a much shorter sortie shoulder: that is, the Taiwanese will need to spend less time and fuel flying to the battlefield, respectively, they will be able to stay there longer, and this is very important. Finally, the “unsinkable aircraft carrier” in the form of the island itself is equipped with many protected hangars carved right into the rocks, in which Taiwanese aircraft will be completely safe from enemy attacks; some of these shelters are so large that they can accommodate dozens of combat vehicles at once.

Thus, the dominance of China's aviation in the air is a big question. And the experience of the English Channel, only not in 1944, but in 1940, when the Germans were still going to force this strait, says: there is no air supremacy - there is no amphibious assault.

But the latter is indispensable. Taiwan is a very large island, larger in area than the Donetsk or Luhansk People's Republics or, for example, Belgium. Such a territory cannot be controlled only from the air and sea, especially since it is covered with urban agglomerations with a population of 23 million people.

The armed forces of the islanders are recruited by conscription, their land army in peacetime has 130 thousand fighters, and although it is quite seriously losing to the PLA as a military equipment (for example, the basis of the tank fleet is the modernized American M60 tanks), this is a strong enemy that cannot be defeated “with lightning speed”. Even if we assume that the Chinese, like the Russian army in Ukraine, will be able to successfully operate with smaller forces against large ones, they cannot do without landing one and a half to two hundred thousand soldiers.

The logistics of such a large landing would be monstrously stressful. The distance from the mainland to Taiwan is about the same as that covered by the Western allies during the Normandy operation. Then, in World War II, the accumulation of material reserves and the preparation of various special means such as pipe-laying ships and floating harbors took the Anglo-Americans almost two years.

Of course, modern technology is much superior to analogues of eighty years ago - but the "appetites" of large military groups have grown significantly, especially in relation to fuel. We must not lose sight of the fact that the Chinese, willy-nilly, will have to act in the key of “humane”, dosed use of force against the “fraternal people” (for approximately the same reasons that matter in the Ukrainian conflict), which will inevitably lead to a delay in the operation. Will even the Chinese economy with the supply of an entire army through a 150 km wide strait for several months is, in fact, a big question.

That is, even in the most favorable scenario for the PRC, a hypothetical invasion of Taiwan would not be a "kindergarten assault", but a difficult and risky campaign, the failure of which would lead to large material losses and would hurt China's prestige. And in a situation where Taiwan can seriously count on the military support of the United States and Japan, such an operation is unfeasible in principle and will only cross out any hopes for the peaceful reintegration of the island.

That is why the leadership of the PRC has long pushed the military version to the farthest shelf.

The purely diplomatic option of returning Taiwan under Chinese jurisdiction as an autonomy, which has been sounding for the fifth decade, also seems unlikely so far - but the situation may soon change, and without additional efforts on the part of the PRC.

The Ukrainian conflict started the process of disintegration (or rather, self-destruction) of the American-centric world order, of which Taiwan is currently a part. Further loosening of international relations and the collapse of existing blocs can deprive the island "computer factory" of its overseas patron, leaving it to overcome the global political and economic turbulence itself. Then Taiwan will simply have no choice but to sacrifice sovereignty and part of its "democratic values" in exchange for the protection and political influence of its "big Chinese comrade"; which, in turn, will look for this asset to be used in the updated world order.
Reporterin Yandex News
Reporterin Yandex Zen
19 comments
Information
Dear reader, to leave comments on the publication, you must sign in.