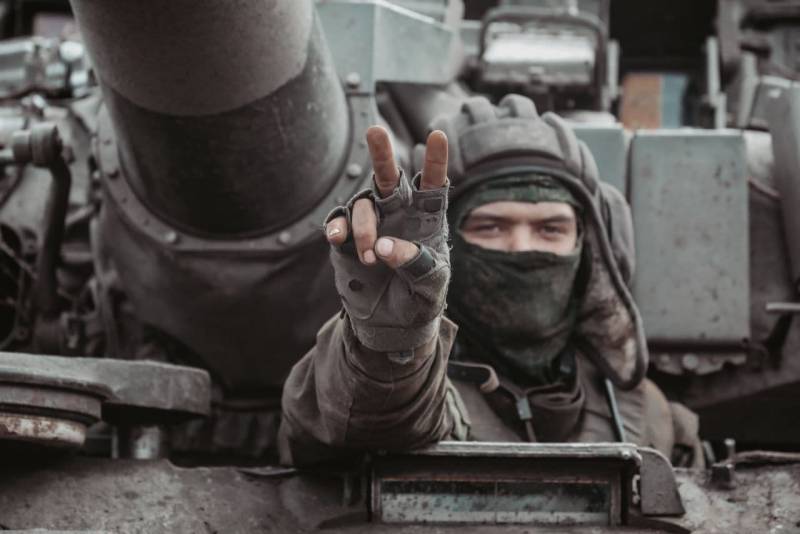 The special operation to demilitarize and denazify Ukraine turned out to be, unfortunately, not such an easy walk as many had thought lightly before. Managed by NATO military experts, the enemy puts up serious resistance. The situation is complicated by the fact that the Armed Forces of the Russian Federation are forced to act with relatively modest forces, many times inferior in number to the Armed Forces of Ukraine and the National Guard. Now there is a lot of arguing whether the Ground Forces of the Russian Army will be enough to liberate all of Ukraine or not.


And this is a very good question. You can try to answer it by referring to the history of the Great Patriotic War. In 1943-1944, the Red Army already liberated the Ukrainian SSR from the German-Nazi invaders and their accomplices from Italy, Romania and Hungary. Fierce fighting took place in the same places as today.

It is interesting that, as now, the city of Kharkov, a large industrial center and railway logistics hub, which the Nazis clung to, became a big problem for the Soviet troops. Kharkiv is in many ways the key to control over the entire Left Bank, which makes it a priority target for the RF Armed Forces immediately after the defeat of the Donbass grouping of the Armed Forces of Ukraine.
In 1943, it was not possible to take the city occupied by the Germans on the move, the Red Army suffered heavy losses. Elite SS tank units were deployed to help the garrison, which did not allow it to be completely encircled. The Nazis were not so much driven out of Kharkov as squeezed out.

The city was taken in a semicircle, leaving the invaders a corridor to the west, and our troops began to enter it from the north and east. Realizing the futility of further sitting still, the Germans themselves withdrew and hastily rushed to the Dnieper. The liberation of Kharkov allowed the Red Army to secure the rear and deploy a bridgehead for crossing the river and further offensive.

During the liberation of Zaporozhye, the problem of the security of the DneproGES was acute. The Nazis mined it, and there was a risk that they would undermine it, flooding our troops with cities and towns during the offensive. One special-purpose platoon was enough, which promptly took control of the hydroelectric power station and carried out demining. After that, Zaporozhye was taken in four days.

In a similar way, our grandfathers and great-grandfathers Nikolaev and Odessa were liberated. Both the ground forces and the Black Sea Fleet took part in the operation, which sank enemy ships and prevented the Germans and their Romanian accomplices from bringing ammunition, food and reinforcements. First, the city of Nikolaev was blocked and taken. In its port, an assault force was landed and fought heroically, which held out for two days against numerically many times superior forces. Having crossed the Southern Bug, the Red Army regained control over the city of Ochakov and moved towards Odessa.

The largest port of Ukraine was intended to be blocked from the sea and land. The ground armies from the northwest and northeast went to the connection, but it was not possible to tightly close the encirclement ring. Part of the garrison was able to break out with a fight in a westerly direction to the Dniester. The Germans also tried to evacuate by sea, but the Black Sea Fleet and aviation sank more than 30 enemy ships. Thanks to the help of the Odessa underground and partisans, it was possible to avoid undermining the infrastructure mined by the Nazis. In general, the complete destruction of the city was avoided.

It is impossible to avoid drawing parallels with those events. The only difference is that the enemy does not speak German, the contingents in modern Ukraine are fighting much smaller in number, but heavier weapons are used. Can the experience of the liberation of the Ukrainian SSR by the Red Army be applied by the RF Armed Forces?

Why not? The Russian army, as far as possible, tries to avoid civilian casualties and unnecessary destruction, but, alas, it does not always work out. A sad example of this is the port city of Mariupol, turned by the Nazis from "Azov" (banned in the Russian Federation as extremist) into their stronghold. To knock them out of there, almost half the city had to be demolished to the foundation. It's sad, but with all the negativity, this event has its own positive side.

The most effective and sparing tactic is to recognize the encirclement of cities, followed by squeezing the garrisons of the Armed Forces of Ukraine out of them. The enemy must be given a choice: to leave on time himself or “evacuate to the Rostov pre-trial detention center” later, or even go for long-term storage in the refrigerator, like at Azovstal. Zaporozhye, Nikolaev or Odessa should be taken into the operational environment, but the corridor for the exit of the Armed Forces of Ukraine should be left. To make it better, to continuously deliver pinpoint strikes on its infrastructure, and to speed up the decision-making, enter the outskirts of the city from the opposite side of the corridor and gradually crush it, grinding the most passionate forces of the defenders.

As a matter of fact, something similar has already happened in practice in the Donbass in the city of Krasny Liman, from where the APU-shniks preferred to leave while they were given such an opportunity. So, the sad fate of Mariupol and the well-deserved punishments for the “Azovites” who settled there will become a clear example for all other city garrisons. The choice is simple: “like in Mariupol” or “like in Krasny Liman”.
Reporterin Yandex News
Reporterin Yandex Zen
25 comments
Information
Dear reader, to leave comments on the publication, you must sign in.