"Final sale": Russia may be left without the remnants of its merchant fleet 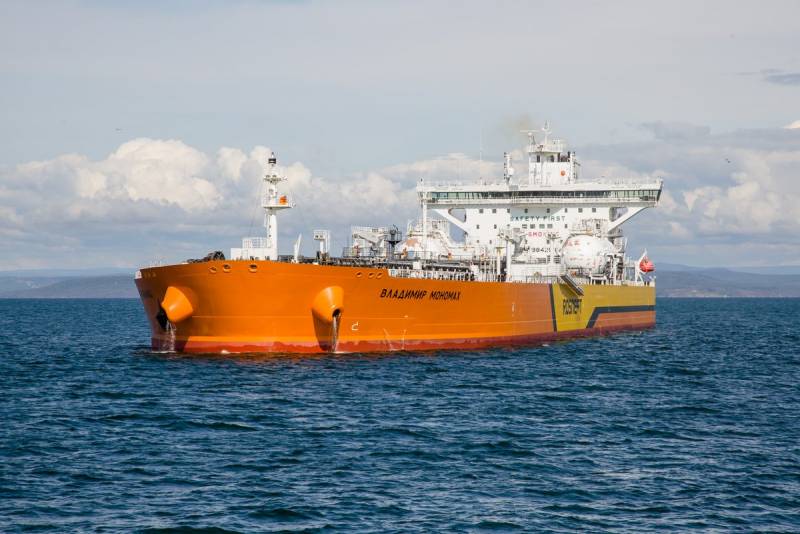 The blue dream of our Western "partners" and their domestic fifth column henchmen is to turn Russia into a so-called great land power. The super-task of the enemy is to ensure that our country is surrounded by a dense ring of enemies and, in the literal sense of the word, is physically isolated from the rest of the world. And, unfortunately, they almost did it. Note that we are now talking not even about the Russian Navy with its many problems, but about the Russian merchant fleet, which has embarked on the path of extermination.

To understand the seriousness of the issue, it is necessary to take into account that our country is now faced with colossal economic problems, the scale of which few people have yet realized. Since the usual trade ties with Europe and the US have been artificially destroyed, Russia needs to look for new markets for its hydrocarbons in the region of Southeast Asia. But the geography is such that another pipeline, say, to India, cannot be extended. Only sea supplies of oil and LNG remain, and here the “bottleneck” for increasing the export of hydrocarbons and other raw materials is our very small merchant fleet.

The largest shipping company in Russia is PAO Sovcomflot, which owns or leases 134 vessels, including 108 tankers of various classes, 14 gas carriers and 11 specialized vessels. The company provides a wide range of services, from the transportation of energy resources to the management of ports and terminals. In early May 2022, the British edition of Lloyd's List, citing its sources, reported that Sovcomflot was selling a third of its ships:

At least 40 out of 121 vessels directly owned by Sovcomflot are being discussed with buyers from Dubai and China.
This decision was largely forced, since two months earlier, in March, the shipowner came under Western sanctions. Russian ships are now banned from entering European and British ports. The Fitch rating agency withdrew the ratings of Sovcomflot, and on April 25 the company was unable to make a payment on Eurobonds due to restrictive measures introduced against it. According to Lloyd's List, Sovcomflot's total bank loan debt could reach $2,1 billion. The British publication praises the leadership of the shipowner, who decided to sell a third of his tankers:

The process is conducted "sincerely and very professionally", which indicates that the top management of Sovcomflot is committed to maintaining relations with financiers and charterers. <...> High-ranking bankers proceed from the fact that the leadership is trying to ensure its possible return to the international market, when the sanctions are eventually lifted.
Indeed, Russia was lucky with "effective managers" who first drove the company into debt, and then did not find a better solution than to sell a third of its ships. True, Sovcomflot urges not to dramatize the situation, since only “old and unnecessary” tankers will be sold:

For sale on the market, age tonnage is offered, as well as ships, the operation of which does not seem appropriate due to the restrictions imposed on the Russian merchant fleet.

Yes Yes. In our country, according to the same scheme, famously sent to needles and warships. Why do we need some old vessels when we can buy or build new ones, right? Or is it already impossible?

Here we must understand that domestic shipbuilding has largely lost its competence in terms of the production of large-capacity vessels, tankers and gas carriers. It was much easier for the "effective managers" of Sovcomflot to order them abroad, in particular in South Korea. For example, the Prospekt Gagarina oil tanker was built at the Hyundai Heavy Industries shipyard, the Shturman Albanov tanker was built at the Samsung Heavy Industries shipyard, and so on.

News Day: The South Korean shipbuilding company Daewoo Shipbuilding & Marine Engineering (DSME) terminated the contract for the construction of three Arc7 ice-class tankers for Sovcomflot at once with the following wording:

Similar problems can be expected from another Russian company - Rosnefteflot JSC. To implement the ambitious oil and gas project Vostok Oil, a huge super-modern shipyard Zvezda was built in the Primorsky Territory. On it, for the needs of Rosneft, the first Russian Arctic shuttle tankers with a deadweight of up to 120 thousand tons with an ice class Arc were to be built. Alas, there were no foreigners here either. The South Korean shipyard Samsung Heavy Industries (SHI) has been selected as a partner and has signed on to design, partially build and supply equipment for the shuttle tankers. However, “partially” is not quite the right wording.

In fact, Zvezda received almost completely finished sets of gas tankers, with the exception of the bow, which was produced locally, and assembled them. The degree of localization of such a "screwdriver assembly" in the first ships was very insignificant. What will happen to the project if, or rather, when Samsung Heavy Industries (SHI) refuses to supply components and ship equipment to Russia, is completely incomprehensible. More precisely, everything is clear - we will be long and painfully replacing everything with imports.

This is to the question of whether Sovcomflot should so famously sell the existing tankers, which it is not known what and when it will be possible to replace. It is also a reproach to Russian officials, who may need to intervene in the management of a strategically important carrier company, solve problems with its debts and prevent the “final sale” of its ships.
Reporterin Yandex News
Reporterin Yandex Zen
32 comments
Information
Dear reader, to leave comments on the publication, you must sign in.