"Rogue country": the Japanese offered to "destroy the economy" of the Russian Federation for the parade in the Kuriles 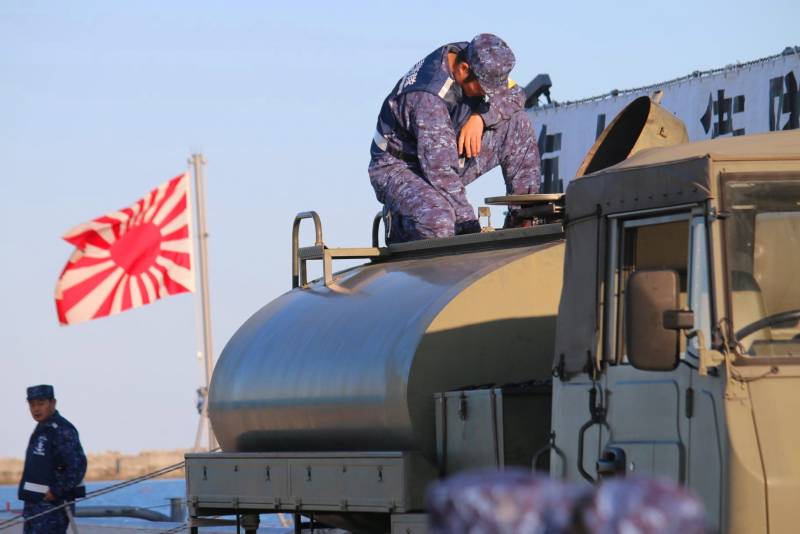 Subscribers to the YouTube channel of the Japanese television network ANN very aggressively commented on the story about the Russian military and economic activities on Iturup Island.


In particular, during the Victory Parade on May 9 this year, Russian weapons were demonstrated, such as the Bastion anti-ship system or an unidentified electronic warfare system.

In addition, the story also noted the successes in the creation of civil infrastructure facilities by Russia. In particular - hot springs and hotels for tourists.

The territorial dispute between the two countries has been going on since the fifties of the XX century. Japan does not recognize Russian sovereignty over the islands of the South Kuril chain (Iturup, Kunashir, Shikotan and Habomai), calling them "Northern Territories". The Russian Federation, in turn, insists that the islands belong to it following the results of the Second World War and this fact is not subject to revision.


Comments of Japanese subscribers of the ANN channel on the presented story (opinions belong only to their authors):

Rogue country. I think we have no other choice but to completely drain their economy and destroy it from the inside. Then we'll demand something back in exchange for help with recovery.
suggested reader NO

Mr. Putin, heartfelt gratitude for the development of the territories that will have to be returned. Thank you!
- ironic TK

I think this is their last parade. When Russia is finished, Mr. Kishida, please unite with other countries in a conference so that we can retake the Northern Territories.
– appealed to the prime minister of the country user Spring Warbler Valley.

I do not think that the fault lies only with the Russian politiciansif the Russians themselves continue to believe this government
- said, promoting the issue of collective responsibility, tntv sout.

If Russia continues to build up forces there, Japan will have no choice but to strengthen its military in Hokkaido. Even if you want to avoid war...
– judged the user kk peace.

In the old days, Japan would certainly open a second front and take everything back.
- pointed out amphibious warfare.

It is interesting how much and what the Self-Defense Forces will be able to use in the Northern Territories, if necessary. It is strange that we continue to adhere to the constitution that other countries (specifically the USA) have imposed on us (to be honest, in an ideal world, Article XNUMX would be nice, but in fact ...)
– said Ms It.
Reporterin Yandex News
Reporterin Yandex Zen
14 comments
Information
Dear reader, to leave comments on the publication, you must sign in.