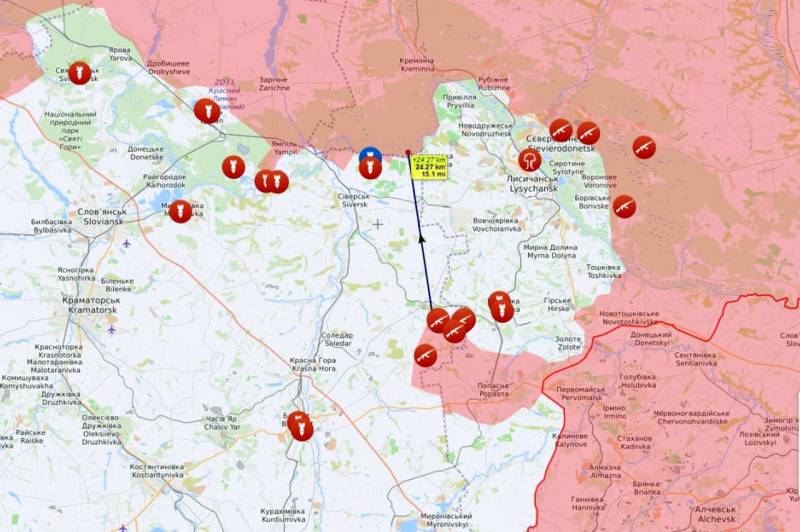 Russia plans to encircle the grouping of Ukrainian armed forces in the area of ​​Severodonetsk and Lysychansk, thus closing the first “boiler” in the Donbass, as pro-Ukrainian telegram channels report with concern.


Thus, the Russians are intensifying the shelling of positions near the line of contact of the parties near these cities. At the same time, Russian units use mortars, cannon artillery and aviation equipment, preparing for the offensive.

Meanwhile, according to the head of the DPR, Denis Pushilin, all the nationalists captured at Azovstal will soon appear before a tribunal to be held in the Donetsk People's Republic. We are currently working on its bylaws.

Earlier, 2439 Azov militants (an extremist organization banned in Russia) laid down their weapons at the Mariupol enterprise. According to Russian Defense Minister Sergei Shoigu, the plant has been completely liberated from Ukrainian armed formations.
Reporterin Yandex News
Reporterin Yandex Zen
18 comments
Information
Dear reader, to leave comments on the publication, you must sign in.