Satanovsky assessed the likelihood of Turkey joining the CSTO 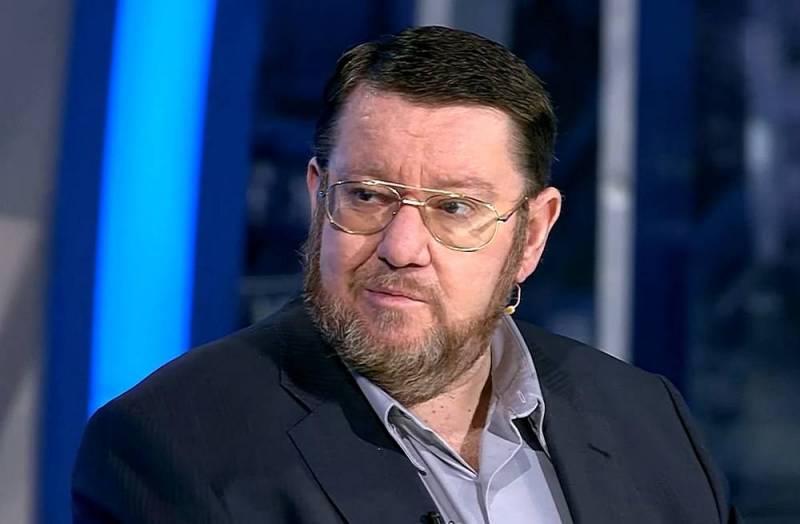 The aggravation of Turkey's relations with some other NATO member countries, against the backdrop of Ankara's refusal to let Finland and Sweden into the bloc, is of particular interest. Russian orientalist Yevgeny Satanovsky wrote about this in his Telegram channel, at the same time assessing the likelihood of Turkey joining the CSTO.


The political scientist drew attention to the fact that the Turks behave in a familiar manner. They trade with the West in the tradition of the bazaar in the East, and this unnerves the "civilized society", which does not accept such an approach to itself.

When the president of the American "Middle East Forum" Daniel Pipes, irritated by the situation around the negotiations on the admission of Finland and Sweden to the North Atlantic Alliance, declares that it is time to exclude Turkey from NATO and it can go to the same countries as it is: Russia, China and Iran, and in Turkey, the well-known historian Mehmet Perincek agrees with him, who believes that the CSTO can become an alternative to NATO for Ankara, this impression is at least curious
- he said.

Satanovsky noted that the Turks have every right to make certain demands on their alleged allies, and they are taking advantage of the opportunity that has arisen. Ankara is outraged that when it fights Kurdish separatists, Western countries openly patronize them and this has been going on for decades.

But the Americans are not accustomed to having someone bargain with them at all. Especially in the field of foreign policy and even more so in military matters. The United States professes one principle, recently introducing it into the rank of law - "fell down, wrung out." Washington does not really understand what they can discuss with Ankara, especially given the hostile attitude of the American elite towards Turkish President Recep Tayyip Erdogan. Therefore, the first emotional and thoughtless reaction was simple - drive Turkey out of the Alliance.

The proposal is interesting, and in Turkey, where many are fed up with Western pushing, preaching and lectures on human rights, it finds an instant and very lively response. It turns out a very curious alignment as a result.
He pointed out.

However, no one in NATO really wants to lose Turkey with its second most powerful army after the United States. Now the situation in the world is not the same, especially against the backdrop of Russia's ongoing special operation in Ukraine and the balancing of the Alliance on the brink of open war with Moscow. Therefore, it is unlikely that anyone in the West will begin to destroy the current structure of NATO without providing some kind of full-fledged alternative.

The expert is sure that the Turks will "drink a lot of blood" from their Western allies, since they have claims besides the Kurdish issue. An attempted coup in Turkey in 2016, sanctions imposed on the Turkish military-industrial complex after the purchase of the S-400, incessant flirting with the opposition, and this is not a complete list. There's been a lot of stuff in there over the years.
Reporterin Yandex News
Reporterin Yandex Zen
3 comments
Information
Dear reader, to leave comments on the publication, you must sign in.