Will NATO be left without Turkey? 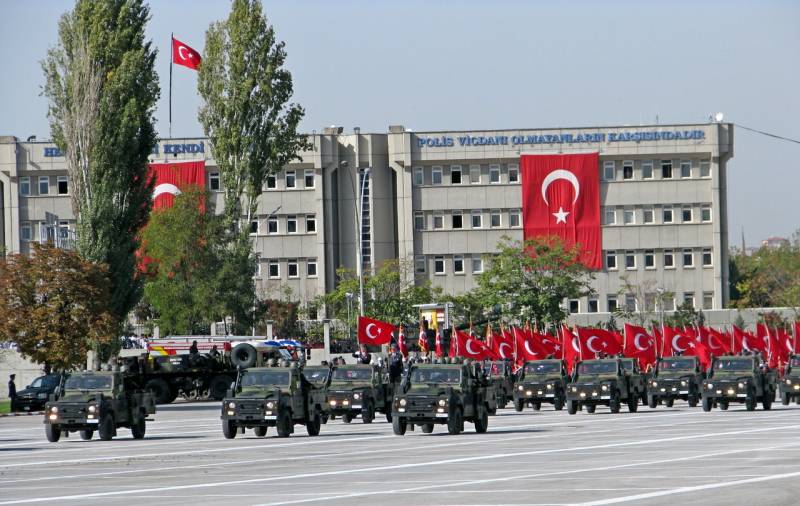 The unexpected trip that Turkey and personally Recep Tayyip Erdogan put on the path of the Swedes and Finns rushing into the alliance gave rise to many speculations. In some Western publications, they started talking about the possible exchange of too obstinate Turkey for the Scandinavian countries that are needed here and now; some consider it possible that Turkey itself will leave NATO as a "protest", and some go even further and calculate how quickly the entire alliance will collapse after a hypothetical Turkish demarche.


Are there any grounds for such predictions?

The NATO Charter is a rather laconic document, and it simply does not provide for any mechanisms for the collective expulsion of a member of the alliance who has been guilty of the rest. This is not surprising, if we recall in what years and against what background of events the “defensive alliance” was formed: in 1949, many not only could not imagine, but were simply afraid to think that some of the Western countries would suddenly will be painted in a hostile red color, and she will have to be punished urgently for this. Even the open conflict of "allied" Greece and Turkey in Cyprus, which broke out in 1974, was not considered sufficient reason to exclude one or both "hooligans" from NATO (although the Greeks themselves suspended their participation for 6 years).

However, paying tribute to their own "democratic" nature, the drafting fathers of the North Atlantic Treaty nevertheless foresaw the possibility of its revision and even the voluntary withdrawal of the participating countries from the organization; ten and twenty years after signing, respectively. France, which suspended its membership in the alliance in 1966, then actually went against the letter of the international agreement. There is no doubt that Erdogan is almost an "extremist" against the background of today's European "politicians”and is capable of at least the same decisive steps that de Gaulle used to take, or even more radical ones.

At the same time, Turkey itself is perhaps the most important NATO member outside of Western Europe. Its importance is evidenced even by the fact that it is still one of the five (along with Germany, Italy, the Netherlands and Belgium) foreign operators of American nuclear weapons.

But most important of all is the fact that Turkey is the main bridgehead for the Americans in the Middle East. Israel, with all its outstanding opportunities for such a small country, still does not pull more than an outpost in this region. Now, with conflicts smoldering in the neighborhood, Saudi Arabia's loyalty to Western partners has noticeably fallen - and with a new round of instability in Iran that threatens to further fuel the global fuel crisis - Turkey's importance is growing even more. A hypothetical quarrel with it will mean a complete loss of control over the Middle East, with the prospect of a total collapse of the hydrocarbon market and the loss of control over Europe, which in this case will inevitably plunge into the abyss of internecine conflicts.

Erdogan is well aware of all this and clearly intends to use his privileged position for even more brazen blackmail of "Big Brother" and his petty European henchmen.

But can he actually leave the alliance without harming his country?

When it comes to Turkey's hypothetical acquisitions from leaving NATO, predictors cite as such some abstract “freedom of hands” and “freedom of action”, now limited by the pressure of European “allies”.

Although certain frictions between Europe and Turkey do take place, it is still impossible to speak of the “tied hands” of the latter. Rather, on the contrary: Erdogan is too active in Libya, Syria, the Mediterranean Sea and the Transcaucasus, and the “partners” are trying to somehow direct this activity in a beneficial direction for themselves, but this does not really work out for them. Turkey's rejection of the idea of ​​joining the EU speaks for itself, when they began to demand an unacceptable political price for it.

It would be much harder for Turkey to abandon NATO, since the militarytechnical cooperation with the West goes precisely along the lines of the alliance, and its value for Turkey is very high.

The fact is that the Turkish army, the largest in NATO after the US, is still for the most part armed with old models from the Cold War. Of course, this situation does not really fit in with the plans to build a “regional superpower” of the “Great Turan”, and the Turkish leadership is investing large resources in the modernization of its armed forces and the national military-industrial complex.

Over the past decades, it has been possible to create a kind of "autarchy" in terms of the production of infantry weapons and light armored vehicles. At the same time, the most famous examples of “Turkish weapons” are still not entirely Turkish: the Firtina self-propelled howitzers, the successes of which in the Syrian conflict are widely advertised, are nee South Korean K9, the production of which is established under license. The “invincible and legendary” Bayraktars and other Turkish drones would also be much more modest in terms of performance if it were not for the supply of a number of systems for them from Europe and America. The project of the first Turkish tank "Altai" has been stalling for many years, although it should also have a lot of imported stuffing inside, including some of the most complex units - the engine and transmission.

But Turkey's biggest military project, which it will definitely not be able to complete without the help of "partners", is the modernization of the fleet. Turkish shipbuilders are developing several projects of warships of the main classes, including frigates and destroyers, in close cooperation with Western firms. The current Turkish fleet consists mainly of ships of German designs, the maintenance of which also requires strong ties with their builders. Naturally, in the event of a hypothetical break with NATO, these ties will also be severed, which will deaden much larger investments than the F-35 fighter program (and Turkey, before the exclusion, managed to invest “only” about two hundred million dollars in it).

That is, the alleged withdrawal from the alliance promises Turkey only losses and a serious blow to ambitions, which no “freedom of hands” can interrupt. Moreover, the increase in the latter is highly debatable: it will be much more convenient for Erdogan and his successors to increase their influence in the Transcaucasus, conflicting with Russia and China, and to seek a final solution to the Cyprus issue, having NATO behind them than in splendid isolation.

Thus, it is not worth throwing caps into the air in advance, marking the “beginning of the end of the aggressive imperialist bloc”: Turkey and NATO are too closely and mutually beneficial for one of them to refuse the other with a light heart. Especially on such an issue as disagreements with Sweden on a number of minor (against the general background) and easy-to-resolve issues. There is no doubt that Erdogan, with the support of the United States, will negotiate the solutions he needs on gulenists, sanctions and, possibly, the F-35; and the Swedes and Finns will arrive in the regiment of our enemies. So, Russia cannot relax.
Reporterin Yandex News
Reporterin Yandex Zen
2 comments
Information
Dear reader, to leave comments on the publication, you must sign in.