To replace covid: monkeypox "walks" around the planet 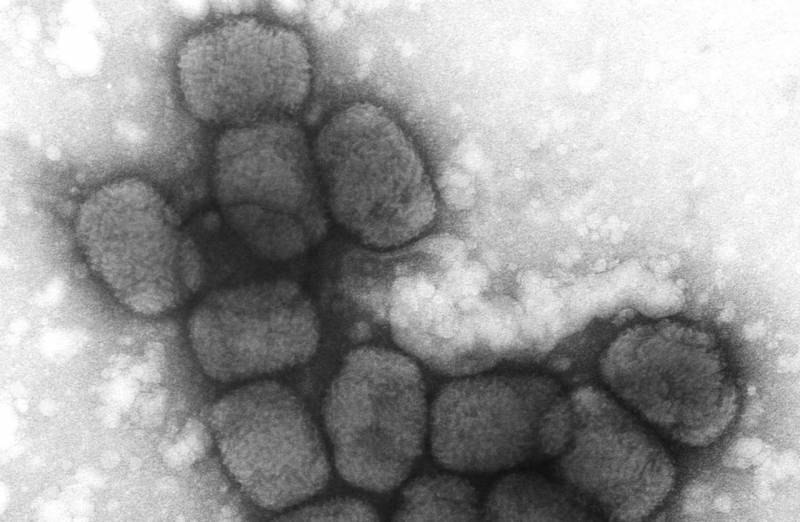 It seems that “coronavirus passions” have recently subsided a little (Rospotrebnadzor no longer promises the beginning of a new wave, and due to lack of demand, the production of Kovivak and Epivaccorona vaccines has been suspended), so Russia is waiting for a new test. This time the world is talking about the rapid spread of monkeypox.

Since the beginning of May, 11 cases of monkeypox have been identified in the UK. It is also known about the infection of residents of Germany, Italy, Belgium, France, Portugal, Canada, the USA and Australia.

Spain took the lead. In this European state, 30 patients were identified. It seems not so much. But the World Health Organization has already sounded the alarm.

For example, WHO convened a group of experts for an emergency meeting to discuss the outbreak. According to The Telegraph, the main topics for discussion will be the spread of the virus and the vaccination situation.

This disease has been known to medicine since the 70s of the last century, but until now, outside of Africa, cases of the disease have been isolated.

Monkeypox was first isolated in 1958. Then, as a rule, African teenagers under the age of 16 were infected. The first cases outside Africa were reported in 2003 in the United States. The most recent outbreak occurred in 2017 in Nigeria.

Studies have shown that monkeypox is largely similar to smallpox. The main symptoms are fever and rash (on the face and other parts of the body). In addition, patients have headache and muscle pain, back pain, swollen lymph nodes, chills and fatigue. The illness lasts 14 to 21 days on average and goes away on its own. The case fatality rate for outbreaks of monkeypox is 1 to 10%.

It was previously believed that transmission of monkeypox occurs from person to person through airborne droplets with prolonged contact. However, the 2022 outbreak suggested that the virus had a new distribution mechanism.

The Spanish Ministry of Health reported that in 23 cases of the disease it was possible to transmit the virus through mucus during sexual contact. The version of experts from Madrid was supported by the United Kingdom Health Agency. They said that out of nine cases, four were men who had same-sex sexual relations.

At the same time, Russia has so far refrained from drawing any conclusions on this score. Virologist, Corresponding Member of the Russian Academy of Sciences Alexander Lukashev explained that at present there is no reliable information that monkeypox is sexually transmitted. The expert suggested that "maybe it's just a coincidence."

But most experts agree on one thing - if the spread of monkeypox is left to chance, then this can provoke new epidemics and pandemics.

An unpleasant infection, I tell you, you can die from it, and it is not clear how it will develop. But there are good ones for some news. Everyone born before 1980 was vaccinated against smallpox, which turns out to protect against monkeypox as well, as it is caused by a virus similar to the human smallpox virus.
- said Lev Averbakh, chief physician of the Emergency Medicine Clinic in St. Petersburg.

Head of the Ministry of Health of the Russian Federation Mikhail Murashko is also optimistic. On Saturday, May 21, during a working trip to Belgorod, the head of the department noted that now there is a “certain pool of immune population” in the country - again thanks to the blanket immunization in the Soviet Union.

Murashko also stressed that at present, no cases of infection with this infection have been detected in Russia. True, specialized institutions keep a "hand on the pulse." Hospitals have all the necessary tools for diagnosing this disease and medicines for its treatment. According to Murashko, the most important thing is to apply for diagnostics in time.

All conditions and the Ministry of Health of the Russian Federation, and Rospotrebnadzor provide for the safety of the population
a federal official said.

In order to continue to report on the absence of monkeypox in Russia, appropriate decisions have already begun to be made.

At the moment, measures of sanitary and quarantine control at the border have been strengthened in order to prevent the possibility of importation to Russia: a double measurement of the temperature of passengers is carried out - both on board the aircraft and in the terminals. To quickly identify possible cases of monkeypox, the Vector Research Center has also created an autonomous test system and has already conducted its laboratory tests.
— said in Rospotrebnadzor.

It is believed that smallpox in Russia was defeated in 1977. It was for this reason that mass immunization was stopped three years later. In the world, events developed according to exactly the same scenario - with a difference of two or three years.

Now some scientists argue that this cancellation was a big mistake. It is possible that soon the practice of the 13th century will be revived. For example, the US Biomedical Advanced Research and Development Agency has already ordered about XNUMX million freeze-dried doses of human smallpox vaccine from Denmark.

But still, the main danger of the virus is in its evolution. Naturally, there are much more people on the planet than monkeys, which means that this is a very promising direction of development for the “infection”.
Reporterin Yandex News
Reporterin Yandex Zen
3 comments
Information
Dear reader, to leave comments on the publication, you must sign in.