Russia will clean up the Americans in space

February 23 2018
1
An original solution to the problem of space debris was proposed by Russian students. As you know, in space pretty "littered" at the beginning of the era of its development. In the long term, artificial earth satellites that are out of order can be a great danger. The service life of such devices can be from 5 to 7 years. 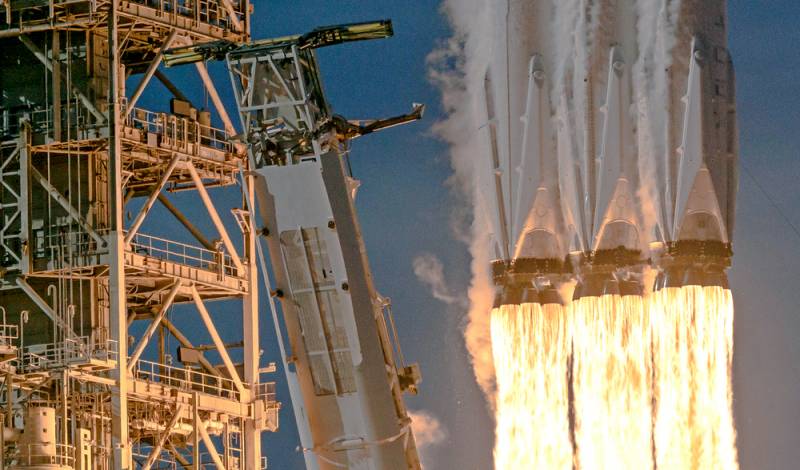 But what to do with all this near-Earth grouping, in case of its constant failure? Shoot down rockets, as in the stupid movie "Gravity"? The ingenious simplicity of the answer was found by Russian students of the Far Eastern Federal University. At its Design Center, a prototype of a satellite with a small solar sail was developed to reduce fuel consumption when transferring a satellite from orbit to orbit and its further disposal. A simple and elegant scheme of work is as follows:

FEFU students suggest equipping each satellite with a unified container, which at the end of the device’s life automatically opens the solar sail and causes natural braking. So, gradually reducing the height of the orbit, the satellite will enter the atmosphere and burn. On the other hand, the sail can be used to accelerate the apparatus, catching the pressure of the sun's rays like the sailboat works in the wind. Thus, you can gradually increase the height of the orbit and even go beyond the Earth's gravitational field

Young Russian scientists have already created a dimensional model of the future apparatus, the main elements of which are printed on a 3D printer and made of aluminum. A universal compartment with a sail in the format of 3U-cubsat of Russian design can be installed on various spacecraft. If the project of the Far Eastern Federal University wins in international space competitions of the NTI Sputnik challenge engineering teams under the auspices of the National Technology Initiative, our students will have the opportunity to launch their device into orbit.
Ctrl Enter
Noticed oshЫbku Highlight text and press. Ctrl + Enter
We are
Russian nuclear engine will not leave a chance for Ilona Mask
Internet in Russian taiga: The new project Mask will eclipse all previous ones
Reporterin Yandex News
Read Reporterin Google News
1 comment
Information
Dear reader, to leave comments on the publication, you must sign in.