Strengthening air defense: a column of Russian S-300s was seen in the LPR 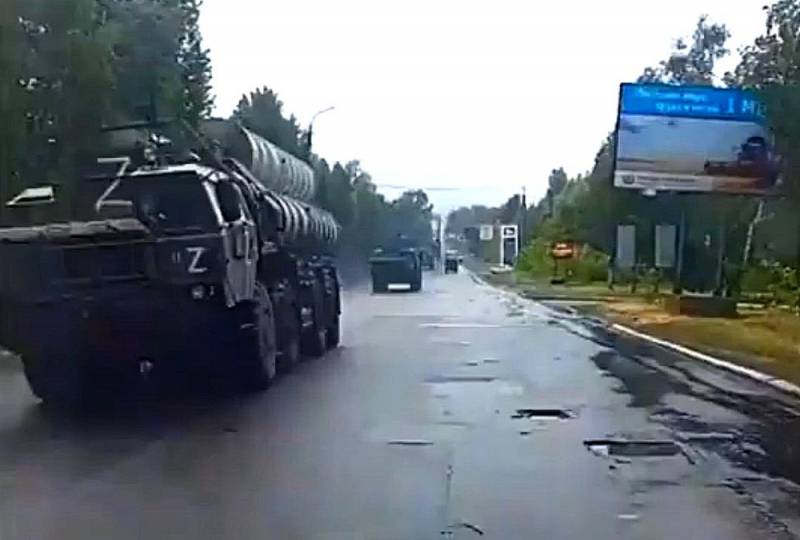 Russia in the course of a special operation in Ukraine is strengthening its air defense units. So, social networks report about a convoy of launchers of S-300 air defense systems of Russian troops on the territory of the LPR.


Where exactly is the military moving? technique, not yet known.


Earlier, the Russian military department announced the destruction of a division of Ukrainian S-300s near the village of Bolshiye Lomaki in the Nikolaev region, as well as a division of the Buk-M1 air defense system near Slavyanogorsk in the DPR.

Meanwhile, Ukraine continues to shell the border areas of Russia. So, on May 20, the Armed Forces of Ukraine opened fire from mortars on the villages of Dronovka and Alekseevka in the Glushkovsky district of the Kursk region. According to the governor of the region Roman Starovoit, the aggression of the Armed Forces of Ukraine was stopped by the retaliatory strikes of the Russian troops.

The day before, Ukrainian armed forces shelled the village of Tetkino in the Kursk region. As a result of the actions of the Armed Forces of Ukraine, one Russian citizen died. There are also casualties after the shelling by Ukrainians of the village of Bezymeno, Belgorod Region.