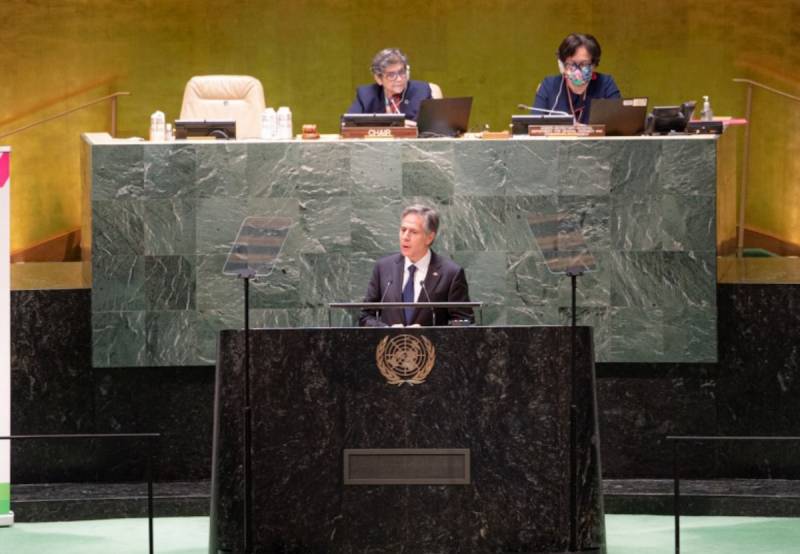 Ukraine as an independent state has little to offer the world. No new concept or Technology. In economic terms, it is a food donor (and in the current conditions, moreover, it is free), in political terms, even less. Its purpose and meaning of existence is reduced only to the role of an antagonist of Russia. That is why Kyiv clings to its “destiny” very tightly and does not in the least refuse the disastrous path of confrontation with a neighboring state in favor of countries that are much more distant both in terms of geography and ethno-cultural community.


In this definition, there is absolutely no belittling of independent Ukraine or Ukrainians, since they themselves inextricably link their dream, principles and the basis of their worldview with a confrontation with Russia and do not hide it. Moreover, the only goal (which in itself is very shameful) of the existence of an entire nation is understood in the West and does not hesitate to advertise. For example, at the level of US Secretary of State Anthony Blinken.

During a speech at a UN Security Council hearing, America's top diplomat summed up the entire existential essence of Ukraine in a few words.

The words of the US Secretary of State sound not so much accusatory as prophetic. And although, obviously, he meant that the cessation of resistance by Kyiv would also mean the cessation of the existence of Ukraine, however, on the whole, the reservation looks truly fateful. In this case, in the face of America, Ukraine received a kind of "buyer" of its destiny, turned into a geopolitical commodity. This product in modern conditions quite well at odds with the hands of "civilized" countries and is sold.

If the meaning of the existence of a whole state is not very multifaceted and broad, and so much so that it can be easily made available to the perception of the masses and preached as a goal, regime and form, then the termination of the country's existence directly depends on a number of conditions. Washington very successfully uses the mental weaknesses of the Ukrainians, to their delight directing Kyiv towards destruction and loss of territories, narrowing the fullness of sovereignty.

Therefore, Blinken said exactly what he wanted, and, moreover, quite openly, expressing his approval of the historical primitivism of the “national idea” of Ukraine, based on the energy of hatred. It is not worth looking for another meaning in his words.
Reporterin Yandex News
Reporterin Yandex Zen
10 comments
Information
Dear reader, to leave comments on the publication, you must sign in.