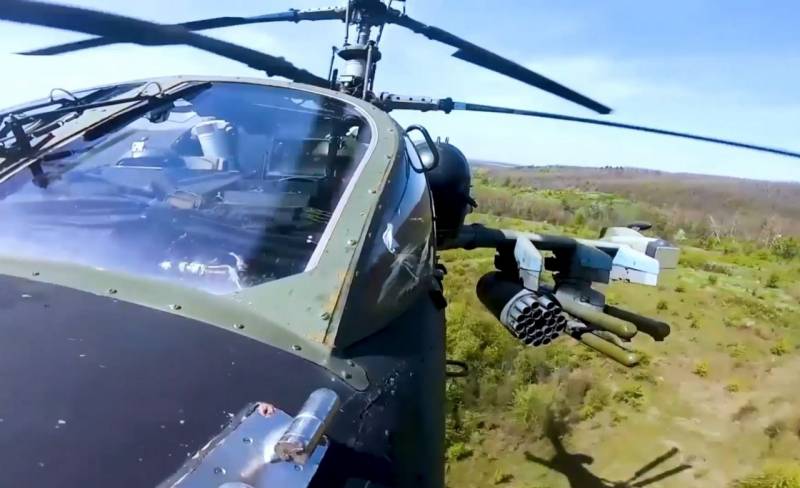 On February 24, 2022, Russia again, like more than seventy years ago, began a war with the Nazi evil, this time entrenched in fraternal Ukraine. Veterans of that Great Patriotic War are still alive. With the exception of the “liberal gifted” stratum, all Russians support a military special operation to demilitarize and denazify Nezalezhnaya. Certain parallels arise by themselves between the NWO and the struggle of the USSR against the Third Reich.


Let's make a reservation right away that there is no complete analogy, however, certain parallels are undoubtedly visible. Let's try to go through the "dotted line" on the key points that have already happened and are still expected.

So, for example, without any exaggeration, the heroic landing near Gostomel and the rapid rush to Kyiv from the territory of Belarus, followed by the inglorious withdrawal of Russian troops from the north of Ukraine, can in some sense be compared with the dramatic events of 1941-1942. Something was wrong in the General Staff, underestimating the enemy, something in the Kremlin was not taken into account, clearly making the wrong political bet. This also includes the forced mass mobilization in the DPR and LPR, when unprepared recruits had to be put under arms in order to plug the gaps formed due to the shortage of forces involved in the special operation. However, now, after almost 3 months of SVR, a noticeable change has occurred in it.

Mariupol is not Grozny-2, but a new Stalingrad

The most significant media victory in the course of the war for the future of Ukraine and Russia can be considered the beginning of the process of capitulation of militants who have settled in the reinforced concrete catacombs of the Azovstal metallurgical plant. The beautiful, bright seaside city of Mariupol was not lucky that it was on its territory in 2014 that an evil called the Azov battalion was born, later reformatted into a regiment (banned in the Russian Federation as extremist). The Ukrainian Nazis managed to surpass even their predecessors from the Third Reich in the cruelty of crimes.

Long before the start of the JMD, the Ukrainian Nazis and their accomplices promised in the media and blogosphere that they would turn their cities into an analogue of Grozny for the Russian military. For the Russian Federation and the DPR to drive out the garrison of the Armed Forces of Ukraine and Nazi militants from the port city was not only a strategically important task, but also a matter of honor. Unfortunately, this became possible only with significant destruction in Mariupol, which the “Azovites” turned into a real fortified area, shamelessly hiding behind their fellow citizens. Their last stronghold was the Azovstal plant, under the vast territory of which real concrete catacombs were created, where more than two thousand militants, as well as military servicemen, border guards and other security forces, took refuge, hiding behind civilians as a human shield.

Broadcasting via satellite Internet from their dungeons, the Nazis promised to stand to the end and not give up. In Kyiv, propagandists were very happy about this, and it is simply amazing that President Zelensky did not assign the rank of field marshal to the commander of Azov, Denis "Radis" Prokopenko. But it turned out differently.

Two days ago, the process of surrendering "bunker rats", as they are unkindly called in the Russian segment of the Internet, began. They come out in groups, going either to the infirmary or straight to the bars, where they will undergo a filtration process. Grozny-2 failed.

But it turned out the second Stalingrad. There are indeed many parallels. The defeat, both military and image, was suffered in Mariupol not only by the Armed Forces of Ukraine, but also by the modern analogue of the German SS troops - the Azov regiment (banned in the Russian Federation). Like Field Marshal Paulus at one time, who received a promotion in response to Hitler's unspoken order to die heroically, the Ukrainian Nazis still did not want to die, despite all their previous PR statements. No matter what the Kyiv propaganda is now broadcasting, this is a defeat, real, heavy. This is well understood by the Ukrainian military, who are now entrenched in the Donbass. Just as the Wehrmacht did not save the group of German troops surrounded near Stalingrad, so did the “UkroReich” save its own in Mariupol, deliberately leaving them to die. He will not save them on the territory of the DPR and LPR, where Kyiv is now driving more and more new reinforcements.

The capitulation of Azovstal is a psychologically important turning point in the course of a special operation, which we will discuss in detail told previously. Ukrainian servicemen will see before them a clear example that resistance is generally useless and it is much easier to give up after receiving humane treatment than to die or become a cripple. It would be right to let each of them call their relatives at home and tell them how things really are at the fronts. The ideological Nazis, on the contrary, must understand that nothing but a tribunal, or even a bullet on the spot, awaits them, and therefore it is better to buy a ticket to Argentina now. Or Canada.

Like the Battle of Stalingrad, the Battle of Mariupol is a breaking point, the significance of which will be realized much later.

Donbass - the new Battle of Kursk

The “Great Battle” between the RF Armed Forces, the militia of the DPR and LPR, on the one hand, and the Armed Forces of Ukraine and the National Guard of Ukraine, on the other hand, is a direct analogue of the Battle of Kursk.

From July 5 to August 23, 1943, the Soviet army, in the course of a series of defensive and offensive operations, managed to inflict serious damage on the Wehrmacht and seize the strategic initiative, which it did not give up until the very end of World War II. It was after Stalingrad and the Battle of Kursk that the path to the Great Offensive Actions of the Red Army of 1944-1945 was opened.

The opposing sides in our days have gathered in the Donbass all their main forces for a general battle, the outcome of which will affect the further development of events. In the same way, the defeat of the Mariupol garrison and the Donbass grouping of the Armed Forces of Ukraine, where the most combat-ready forces of the Ukrainian army are concentrated, will allow the Armed Forces of the Russian Federation to finally liberate the territory of Donbass and return the strategic initiative, starting the further liberation of the entire Left Bank, South of Ukraine, opening the way to the West.

As we remember from history, when things went really badly in Berlin in 1945, German propaganda “blew into the ears” of the population with the hope of a miracle, the arrival of the Wenck army. Here is what Josef "Caramelka" Goebbels said then:

The situation is decisively changing in our favor. A big turning point in the war should come any minute. Berlin must hold out, despite losses, until the arrival of Wenck's army.
UkroReich also has its own analogue of the Wenck army. This is a 40-strong group of the Armed Forces of Ukraine and the National Guard, based in Western Ukraine. Plus, now on the Right Bank of the mobilized, Kyiv is trying to assemble a kind of “Second Army”, armed according to the Western model. Will this be enough to stop the "Great Offensive" of the RF Armed Forces?

Hardly. Most likely, after the final defeat of the Donbass grouping and the offensive operation of the Russian army to cut off Western Ukraine from Central Ukraine, in order to finally stop supplying the Kyiv regime, the Wenck-2 army would prefer not to die heroically, but to remain in place, while Galicia and Volyn will turn to Poland with a request about protection and reunification. But that's a completely different story.
Reporterin Yandex News
Reporterin Yandex Zen
8 comments
Information
Dear reader, to leave comments on the publication, you must sign in.