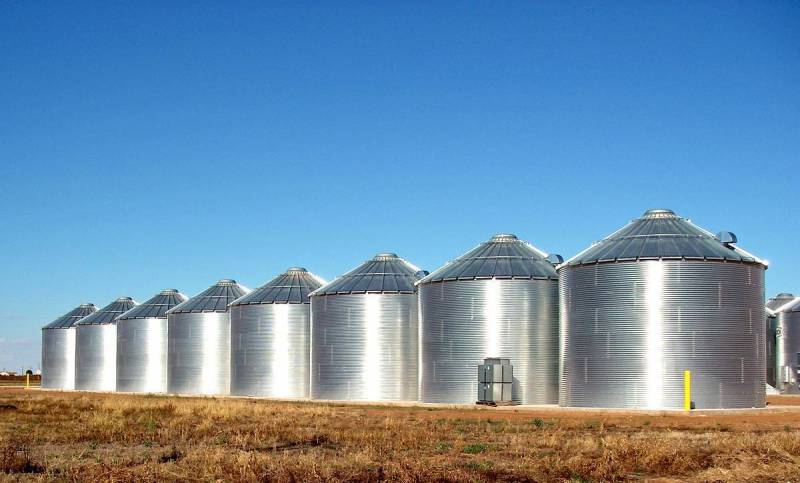 One of the major international themes of recent weeks and months has been the looming prospect of a Famine that should affect the entire world. It will not bypass anyone - neither the traditionally poor eastern, nor the rich western countries. The most terrible thing is that this problem is mainly man-made and the United States is responsible for it with its aggressive foreign policy. policies. What is Uncle Sam up to this time?


How the sharp rise in food prices affects political processes can be seen in the events of the so-called Arab Spring. An angry mob then demolished a number of seemingly unshakable Middle Eastern monarchies to the applause of the then-ruling Democratic Party in the United States. All this was preceded by the abnormally hot summer of 2010 in Russia, when millions of hectares of forest burned, and cities suffocated from unbearable heat.

The crop failure caused by a natural disaster forced Moscow to limit grain exports to the countries of the Middle East and North Africa, which are their traditional buyers. The sharp rise in food prices, which the poor population of many Arab countries could not cope with, became one of the main prerequisites for the subsequent series of anti-government protests, uprisings and armed rebellions.

Today, alas, everything is going exactly according to the same scenario, but the Great Famine will affect many more countries, including seemingly prosperous European ones. The future world famine is a real crime, committed with the direct intent and prior conspiracy of some of the American elites, in which Ukraine plays a key role.

As you know, Russia and Ukraine are the largest producers and exporters of grain. Our traditional food buyers are the countries of North Africa and the Middle East. It can already be said that Ukraine as an "agrarian superpower" is out of the game for the next couple of years, and this will have the most tragic consequences for millions of people. Due to active hostilities on its territory, at best, it will be possible to sow half of the area. It is not known whether it will be possible to harvest a crop from them at all: one spark is enough to burn out an entire field in hot weather. You understand that sparks and not only all over Ukraine will fly for quite a long time. An even more difficult situation is with the harvest of last year.

At present, the collective West has started a whole media campaign to take the already harvested grain out of Nezalezhnaya. The head of the UN World Food Program David Beasley demanded that Moscow unblock Ukrainian ports on the Black Sea to facilitate the export of crops:

If you have a heart for the rest of the world, no matter how you feel about Ukraine, you need to open these ports <…> Millions of people around the world will die because these ports are blocked.
The monstrous cynicism of what is happening is that last year's grain harvest from Ukraine has long been exported. This was done at an accelerated pace back in February, shortly before the start of the Russian military special operation. All food wheat from Ukraine was “evacuated” in advance, only feed wheat remained there. Those endless motorcades and railroad cars stretching to Romania and Poland export mainly corn and sunflowers. Americans and Europeans, rubbing their hands with greed, now want to take out the remnants of feed wheat. The fact that they are actually dooming the population of Ukraine itself to starvation does not bother them at all.

Do you feel the level of cynicism of what is happening? With their nasty statements, Western politicians, who themselves created the problem, blamed Russia for it in advance. In the coming world famine and "Holodomor-2" in Ukraine, our country has already been blamed. The consequences will be truly catastrophic.

At first, Russia will simply have to leave the entire crop, not releasing it for export, in order to feed Ukraine, robbed by the West and dilapidated. We're not going anywhere from this, don't even hesitate. That is, at the same time, two major players will fall out of the world food market for at least a couple of years.

Secondly, The Great Famine that has come to the Middle East will allow the United States to “shake up” the entire region again. Their main target here will be Iran, where the consequences of the food crisis have already begun to affect. Due to heavy economic situation caused by US sanctions, Tehran had to cancel subsidies for the population in the amount of $30 billion. Bread immediately went up in price by 3 times, butter, eggs and chicken - by 4 times. Many items have disappeared from stores. Mass protests immediately began, turning into riots.

The most raging now is Khuzestan, the richest oil-bearing province of Iran, populated mainly by ethnic Arabs. The police are trying to disperse the protesters, Internet access is limited. The authorities of the Islamic Republic quite rightly fear that its opponents can take advantage of the situation by supporting separatist sentiments in this key region. It is no secret that the United States considered intervention in Khuzestan as the most realistic scenario for a war against Iran, the loss of which would bring down the country's economy.

Thirdly, Famine in North Africa and the Middle East will inevitably lead to a new large and illegal migration of the Arabic-speaking population to Europe. But even there now everything is not thankful to God. Europeans, accustomed to a high standard of living, are themselves now going crazy from the prices of electricity, gas, motor fuel and food, and then millions of illegal migrants who have lost everything will fall on their heads.

The “Great Migration of Nations” to the Old World will require a tough hand to replace obsolete liberalism, and here Uncle Sam will appear all in white, who will restore order in the American way, launch the Marshall Plan - 2 and take Europe even more under his control, knocking down the NATO bloc against the “guilty of everything” Russia, and at the same time China.
Reporterin Yandex News
Reporterin Yandex Zen
4 comments
Information
Dear reader, to leave comments on the publication, you must sign in.