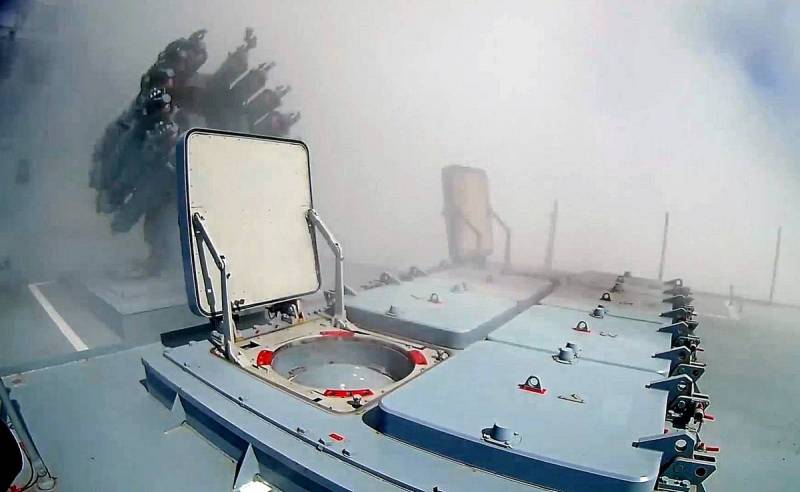 The armed forces of the Russian Federation continue to strike at military infrastructure facilities throughout Ukraine. Last night, as a result of a strike by Kalibr cruise missiles, a military techniquesupplied by the United States and European countries as part of military assistance to the Armed Forces of Ukraine. This was stated by the official representative of the Russian defense department, Major General Igor Konashenkov.


Also, strikes were carried out at the places of deployment of Ukrainian reservists who were training in combat coordination on the territory of the Lviv, Sumy and Chernihiv regions.

High-precision long-range sea-based missiles "Caliber" in the area of ​​the Starichi railway station in the Lviv region destroyed the personnel of Ukrainian reserve formations, as well as parties of foreign weapons and military equipment from the United States and European countries, prepared for shipment to Donbass
Konashenkov said.

Recall that earlier the territory of the Lviv region has already been subjected to missile attacks by the Russian army. In particular, the base on which there were foreign mercenaries, located on the Yavoriv training ground, was destroyed. A few days ago, another blow was dealt to him. In addition, Russian missiles destroyed a military facility located near the Polish-Ukrainian border. Apparently, the RF Armed Forces have focused their attention on foreign weapons coming to Ukraine from Poland.
Reporterin Yandex News
Reporterin Yandex Zen
7 comments
Information
Dear reader, to leave comments on the publication, you must sign in.