Russia has two ways to restore its former power: "soft" and "hard" 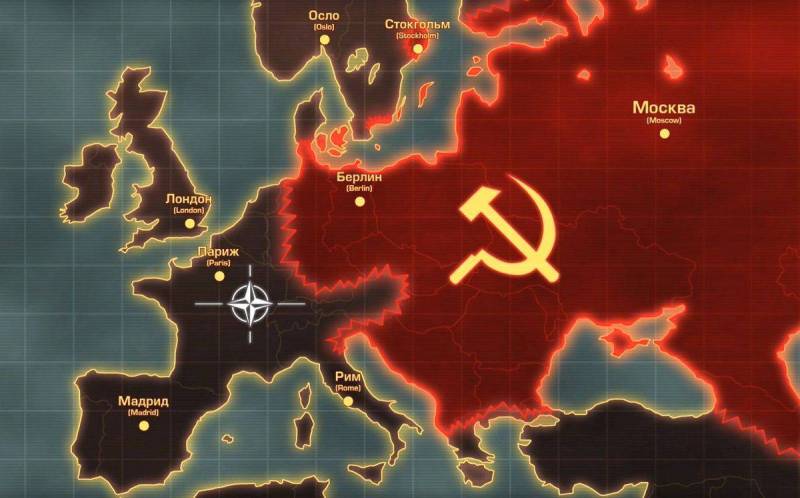 The collapse of the USSR and its “mutation” in the CIS, which in geopolitical terms meant the loss of control by Moscow over a quarter of the territory, where about 40% of the population lived, raised a logical question for the former Soviet society: what to do?


There is still no unequivocal answer to this question, there are only conditional “attempts” to somehow solve the problem. Although the whole variety of “solutions” fit into a simple choice between agreeing to the sovereign status of the newly minted states and supporting the idea of ​​their further development, or, conversely, making efforts to return them to their “native harbor” (there are many other “answer options”, up to complete political suicide or nuclear apocalypse, but I will not consider them here).

In fact, the refusal to answer this question for decades continues to determine the fate of tens of millions of people around the world. If everything is clear with the first option - the construction of statehood, the "revival of mov", soft and total de-Russification, multi-vector approach (which in fact always turns out to be a form of Russophobia) - as a result, then the options for developing the second choice are much more diverse. Some supporters of the second option believe that this should be the revival of the Soviet Union, while, as a rule, they do not have a clear answer on the subject of the idea and form of the state structure of the future state, the other part speaks of the need to create some kind of powerful military-economic alliance, while leaving aside even attempts to formulate a super-idea that will act as a cementing mortar for the new block.

At the same time, the sovereignty of all participating countries is assumed, which, in general, dooms such an entity to a short and unproductive existence in advance. Needless to say, when creating a super-project, there should always be a decision-making center, and independence and sovereignty, as a rule, are decorative in nature (NATO led by the United States, the Warsaw Pact led by the USSR, for example)?

The modern concept of integration formations leads to an endless “tugging of blankets” among the participating states - each of them tries to protect its interests and benefit as much as possible, and almost always to the detriment of the formation itself. Moreover, the nomenklatura of the border regions that have gained independence will constantly policies on isolating and separating the consciousness of the population from the “general imperial” (an empire is good, everything else is bad. This is if you know history. If you learn it from Kreder’s textbooks, then Russia should have “killed” itself a long time ago), because the fear of losing a “piece pie” for the newly minted “elites” is much more terrible than any collective West. In other words, Moscow, as a former center, is more dangerous for them than the West, whose center is Washington, which is geographically much further away.

In addition, local authorities are well aware that it is better for the Western world to have many formally independent states on the territory of the former enemy, giving the “elites” there plenty to “eat”, rather than one large and strong state, empire, which undoubtedly was the Soviet Union and Russian empire. Such an agreement between the Anglo-Saxon world and the leaders of the young republics leads to the development of small-town "historiography", language patrols, the dominance of non-Russian (in fact anti-Russian) visualization in the republics, "Move", "Latin", "ancient culture of an ancient people", "multi-vector" politics (“whoever gives more is a friend”) - everything that is brought up by a generation that at least does not identify itself with a super-project, does not think within the framework of the Big Idea, but, at a maximum, despises everything that our ancestors built for the last thousand years . Looseness, jeans and "mobile" turn out to be many times more attractive than spaceships, cures for cancer and conscience.

You don’t have to look far for examples - Ukraine and Kazakhstan as a maximum, and Belarus in potential, where the younger generation either looks to the West (adherents of the liberal-consumer mythology) or does not think at all within the framework of the Big Idea (it is appropriate to recall the local saying: my hut on the edge - I don't know anything).

By the way, Belarus is a clear example of how locals, those who are thoughtlessly called ideologues, use the events of the Great Patriotic War to reshape the consciousness of the population from the Big Idea of ​​a big and strong state to the struggle for independence and “preservation of the nation”. Indeed, in education, official journalism and the media, the main emphasis is on the events of the war that directly took place on the territory of the BSSR, and the natives of Belarus who participated in it (yesterday I met a passage from one lady that “both Napoleon and Hitler robbed Belarus”).

Let me remind you that at the state level in Belarus and Kazakhstan it is not the "Immortal Regiment" that is held, but "Belarus Remembers" and "Bow to the Heroes", respectively. Therefore, while attempts to build something only on the ideology of the Great Patriotic War within the framework of the former USSR are not only useless, but also counterproductive.

Just as nothing can be built on the "friendship of peoples" or "Eurasian" identity. For a super-project, a super-idea is needed, which will stand above the interests of "independence" and "cultures of national outskirts." Also, all super-projects have a titular nation, which acts as a protector of all small nations and an example to follow, in other words, a creator nation.

In the Roman Empire, such a people were the Romans, in the American - the Anglo-Saxons-Puritans, in ours, only the (triune) Russian people (Great Russians, Little Russians and Belarusians) can be such a people, and the idea is only the Idea of ​​a Just World, which exists in the concept of "Moscow - The Third Rome”, set out at the end of the XNUMXth century by Metropolitan Zosima of Moscow.

The essence of the concept is expressed in the construction of the state according to Orthodox canons - in justice - and the service of Truth, which, of course, is contained in Orthodoxy (Pravda = Bible = Law). The state and sovereign are the defenders of the entire Orthodox world. On this concept, Russia grew up, doomed to become an Empire, on the territory of which both the Orthodox, who constitute the vast majority of the population, and the Muslim peoples, who mostly lived within their ethnic boundaries, coexisted peacefully, which did not create any precedents for inter-confessional (and inter-ethnic) hatred, as well as many other faiths (Protestants of various denominations, Catholics, representatives of various shamanic beliefs, etc.).

For representatives of non-Russian peoples, being part of the Empire was beneficial primarily because the Idea of ​​Justice provided them economic stability and security, protection of their culture and traditions, access to the large Russian market, technological breakthrough, educational opportunity.

In return, Moscow, of course, got the opportunity to recruit in new territories, explore and extract minerals, locate industry and conduct trade. Of course, in the Russian Empire, not all good undertakings were brought to an end: two victorious revolutions, a civil war, the establishment of the power of the Bolsheviks, who drew the myth of "terrible Russian tsarism" and "Great Russian chauvinism", the war with Orthodoxy - all this eventually led to oblivion the true ideals of Russia, the substitution of the Russian Idea for a materialistic ideology, the generation of new, previously non-existent peoples, which led to the division and the emergence of unstable entities in the future (USSR, CIS, EAEU), on the territory of which social upheavals are still taking place, at the root of which - usually Russophobia.

The reason for this is the choice of the ideologues of the local nomenclatures of the concept “we are not Russia”, mistakenly believing that this is the only way to protect their possessions. After all, a confederation of Russian states is also possible - Belarus, Great Russia (RF), Little Russia, Novorossia, Transnistria - and Russian (all others) in a close military-political alliance, with a common ethnic identity (for Russian states) and civilizational (for Russian and Russian states ), with a general image of an ideal future, army, currency, foreign policy. As an option - as Wasserman says, the united states of America, so we can talk about the united Russian states.

Thus, Moscow’s effective policy in the territories of the former USSR would not be to remake old Bolshevik slogans and concepts in a new way, not to create shaky and ineffective associations like the EAEU, the Customs Union, the CIS, the CSTO, but only a constant movement towards the re-creation of Russia in a full territorial and the ideological meaning of the word.

And here we have a choice of two paths: “soft” and “hard”. The first, as I described above, is a confederation headed by Moscow. This is a slower but more relaxed way. It will allow in 15–20 years to return the consciousness of the population of the lost territories to the mainstream of the Big Idea. I think it is unnecessary to describe what the “hard” way of restoring the integrity of Russia is - everyone understands.

The question remains in the choice of form, because all the other “super projects” have either already proven their failure, or there will not be enough time or people to test them, and the young “non-Russian” (anti-Russian) sovereignties will not be able to resist global tests. What to do? The answer suggests itself...
Reporterin Yandex News
Reporterin Yandex Zen
34 comments
Information
Dear reader, to leave comments on the publication, you must sign in.