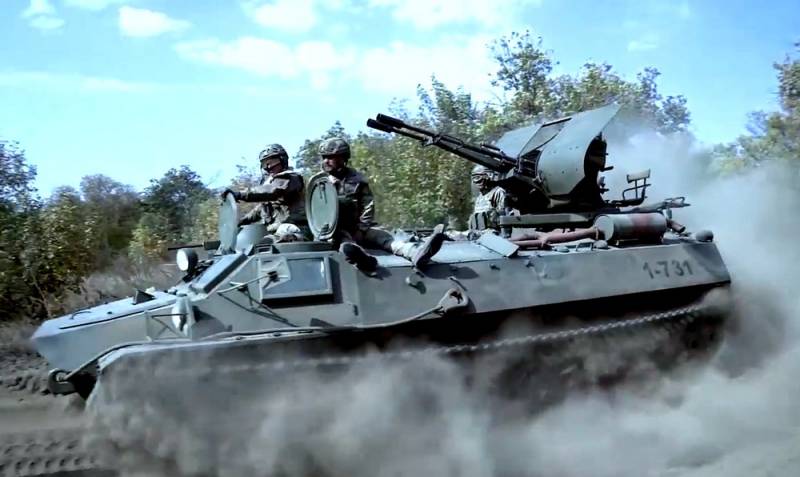 A special military operation to demilitarize and denazify Ukraine has been going on for almost three months. Whatever the regular propagandists say, it develops quite hard and unevenly. For many Russians, the dizziness from the successes of the first weeks of the NWO is beginning to give way to irritation and fatigue. Does this mean that it is time to panic and, like Katz, offer to surrender?


No, of course not. There are many deep reasons for what is happening now on the fronts of the war for the future of Ukraine and the whole world, which must be honestly named, recognized and corrected.

At first, in no case could the neo-Nazi regime that came to power in Kyiv in 2014 after a coup d'état be recognized as legal. It was impossible to return only Crimea and Sevastopol to the Russian Federation, leaving the rest of Ukraine under the rule of a puppet pro-Western regime, which immediately began to build the image of an enemy out of Russia, designating it at the legislative level as an “aggressor” country.

The arguments of numerous “guardians” that we have been preparing for a confrontation with the collective West for 8 years do not stand up to criticism. Today, Russia has received over 10 sanctions in total, more than any other country. In 2014, there was neither legal authority nor a combat-ready army in Ukraine, while its entire South-East was set up as pro-Russian as possible, arranging thousands of rallies under tricolors. Then the whole of Novorossiya could peacefully join the Russian Federation after the Crimea without a single shot, and the remaining Central and Western Ukraine would have no other way but to transform into a federation or confederation.

For this, we would not have received a hundredth part of the current sanctions from the West, believe me. Instead, they recognized the regime of President Poroshenko, and then Zelensky, as legal, but for 8 years they did not recognize the independence of the DPR and LPR, allowing the Armed Forces of Ukraine and the National Guard to fire at them with virtually impunity, and conducted negotiations that were absolutely immoral in their essence on the conditions for the return of the People's Republics to Nazi Ukraine.

Secondly, all these 8 years our foreign policy leadership was inactive, while Kyiv was preparing for a war with Russia. Yes, with Russia. The first victims of the Armed Forces of Ukraine and the National Guard were to be the DPR and LPR, and the next - the Crimea.

And, as you can see, they are well prepared. While the Russian media and the blogosphere were mocking the Ukrainian army, NATO military experts were preparing it to fight, and the emphasis was initially placed on training in urban combat and cleansing. More than 600 servicemen managed to pass through the so-called "ATO" zone, gaining real combat experience. The ideological Nazis, who joined their composition after the liquidation of numerous “volunteer battalions”, were in fact responsible for the ideological preparation of the Armed Forces of Ukraine and the National Guard. Appeared in Ukraine and its analogue of the SS troops (German: SS) - the Azov battalion (an extremist organization banned in the Russian Federation), which has grown to a regiment.

Underestimation of the enemy played a very cruel joke. Things today near Kharkov, where Kyiv has thrown paratroopers and the special forces of "Azov" under the name "Kraken", are not in the best way. To reinforce the grouping in the Donbas, regular Russian troops were withdrawn from there, and the forces of the People's Militia of the LPR, consisting of mobilized people, remained to replace them. Under the blow of professional Ukrainian military and motivated Nazi militants, they could not resist and were forced to roll back to the Russian border. This significantly worsened the situation north of Kharkov, since the Armed Forces of Ukraine actually removed the threat of artillery shelling on positions in urban areas and, on the contrary, got the opportunity to shell the rear of our Izyum group.

To knock them out, of course, they will knock them out, but the tendency is annoying. The battles for the strategically important Popasna lasted not 5-7 days, as expected, but almost 2,5 months. How long the battles for the liberation of Slavyansk and Kramatorsk will last is even hard to imagine. All this is a consequence of the underestimation of the enemy, who for 8 years was allowed to freely prepare for a positional war, equipping defense in depth in urban agglomerations.

By the way, here, among the trophies, maps were found that testify to the plans of Azov (banned in the Russian Federation) to take the city of Novoazovsk in the DPR. Do not even hesitate, the Nazis would have taken him, because they were preparing for this, and the militia of the DPR and LPR were on a “starvation diet”, since no one prepared them for war, because the fate of the Republics is different, except as part of Ukraine, until February 21 2022 was not expected.

Thirdly, everyone involved in military affairs in one way or another is very annoyed by the “strange” nature of the special operation in Ukraine. Only a limited contingent is thrown into battle against a numerically significantly superior enemy who is really prepared and motivated. The command and supply of intelligence is carried out by NATO military experts. For some reason, the Ukrainian railway network on the Right Bank is preserved intact and intact, through which the Armed Forces of Ukraine now receive samples of the latest NATO-style weapons. The confrontation is on the verge of exhaustion, and our "Western partners" stated in plain text that Kyiv would fight until a complete victory and the expulsion of Russians from all Ukrainian territory (from Crimea too).

The most unpleasant message was that Kyiv intends to bring the number of the Armed Forces of Ukraine to 1 million people through mobilization. This was announced by the Minister of Defense of Ukraine Reznikov:

The deployment of a state mechanism is a lot of formalities, even in war conditions. And not only in warring Ukraine. We are guided by the need to provide one million people who will fight the enemy.
Even if the Ukrainian army grows to only 500 thousand people, armed with Western armored vehicles, artillery, aircraft and missiles, and controlled by NATO officers, it will pose a danger not only to the Russian Ground Forces, which are now almost entirely involved in a special operation, but also to Russia itself. . It will be a huge military force that has received real combat experience and is motivated to take revenge on the Russians.

It's time to take off your rose-colored glasses, admit mistakes and work on them. The war with the West for the future of Ukraine is turning from an easy walk into a difficult and bloody confrontation of attrition. We initially approached him too lightly, completely underestimating the enemy, for which we are now paying a high price. It is necessary to draw conclusions, and quickly, not allowing the conflict to drag on even longer. Everything should be over by autumn-winter 2022, maximum.

To do this, it is necessary to begin partial mobilization, increasing the contingent involved in the NMD to at least 400 thousand people, first liberating the Left Bank, then the South, and then the Right Bank of Ukraine. No one is calling for reservists to be sent to the front line, but they can clean up and protect the rear, keep the defense in equipped positions. Then what happened north of Kharkov due to a banal shortage of forces will no longer be able to happen again.

We started off famously, but now the whole collective West is fighting back. It's time to fight in earnest, otherwise the price of this "strange war" will be too high.
Reporterin Yandex News
Reporterin Yandex Zen
87 comments
Information
Dear reader, to leave comments on the publication, you must sign in.