"Why didn't you declare war?" How Kyiv reacted to Putin's speech on May 9 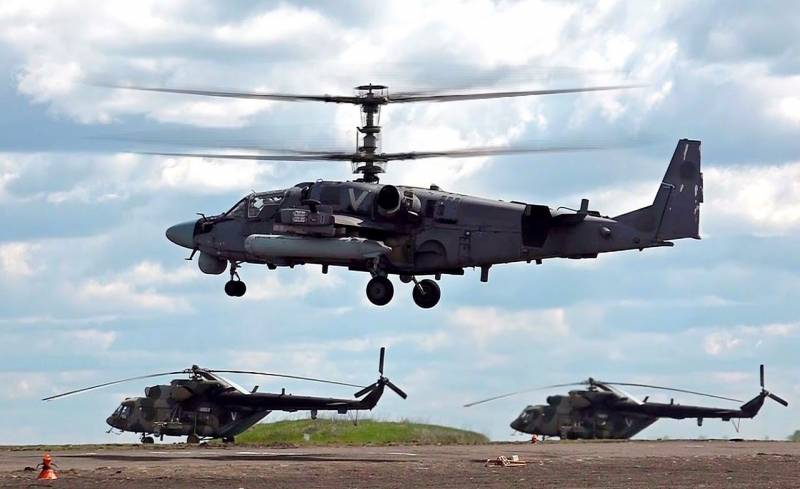 The assertion that the speeches of the President of Russia at the current celebration of Victory Day were expected, more than on any other holiday date, will certainly not be an exaggeration. Another question is that this expectation was very different, for someone - with hope, for someone - with irritation, and for someone - with undisguised horror. And if the Russians hoped that some decisive words would be heard on that day, or at least that the prospects for a special military operation for denazification and demilitarization being carried out in Ukraine would be more clearly and unambiguously announced, then in the "nezalezhnaya" itself they were afraid to hear the final verdict.


It cannot be assumed that the speech of the Russian leader, which was not too long, but rather capacious in meaning, gave the world that listened to his words some unexpected revelations. We can safely say that each of the listeners took it in their own way, for the most part hearing exactly what they wanted to hear. However, it was in Ukraine that the speech of the Russian Supreme Commander caused the greatest bewilderment and confusion. Still, because it does not fit into any of the many forecasts that sounded from Kyiv the day before. Nevertheless, certain conclusions were drawn from it. And, as usual, quite unique.

“Whether it will attack, or it will depart…”

The most powerful and general “wang” that unfolded in the “nezalezhnaya” about what Vladimir Vladimirovich would nevertheless say on the occasion of Victory Day could put to shame a bunch of augurs who went into a rage and their other colleagues in the craft - lovers of telling fortunes on coffee grounds, lamb spatula and something else. In the discordant and motley ensemble of "predictors" there was not enough except for Psaki with a camomile and her senile patron with his famous "But this is not accurate ..." The entire palette of assumptions, versions and assumptions could be reduced to three main ones. Adherents of the first argued that Putin would certainly declare war on Ukraine and immediately (or a little later) - general mobilization in Russia. This public was not at all embarrassed by the fact that such actions on May 9 would have looked at least inappropriate in the eyes of the majority of Russians and would immediately have been “raised on the shield” by the entire “collective West” and its Russophobic propagandists as indisputable evidence of the “aggressive nature” Russia.

Nor were they convinced by the numerous statements by various representatives of the Russian authorities (both military and civilian) that no mobilization was planned in the country because there was no need for it. It should be noted that this nonsense was “dispersed” with might and main by no means only by representatives of the Kyiv regime, such as the head of the local GUR, Kirill Budanov, who is widely known for his propensity for idiotic statements. The figure claimed to have "important information":

Rosrezerv began to check what they actually have in stock and calculate what they can give out.
Well, the stump is clear - they are preparing for mobilization! The same CNN on May 3 stated that a certain “high-ranking official, citing intelligence data” shared information: Putin planned an official declaration of war on Kyiv on May 9!

“In the last resort,” as CNN’s scribblers claimed, the Russian president will publicly “announce the annexation of the Donetsk and Luhansk regions” that day. Exactly the same opinion, by the way, was shared by their colleagues from The Washington Post. True, they were inclined to believe that it would rather be about "referendums" on this issue. In any case, all the supporters of this version, which, relatively speaking, is the second number, hit the sky with a finger in the sky. Not a word was said about anything like that, because now such conversations would clearly be out of time, and at the parade on May 9 - still out of place. Perhaps the most bizarre should be considered the third version. In accordance with it, the President of Russia, in front of all the honest people who had gathered to celebrate the next anniversary of the Victory over Nazism, was supposed to announce ... the termination of the NWO. That is, publicly and without exaggeration for the whole world to renounce all theses regarding "denazification". Yes, and from "demilitarization" too, since none of these tasks has so far come close to its implementation.

Interestingly, one of the main primary sources for such a sensational speculation was none other than Pope Francis. In any case, this is what he spoke about in an interview with the Corriere della Sera newspaper:

When I met with Hungarian Prime Minister Viktor Orban not so long ago, he told me that everything will end on May 9th. This is the Russian plan. I really hope that this is so... After all, now we are talking not only about the Donbass, it is also the Crimea, this is Odessa, the Black Sea port takes all this from Ukraine. I confess that I am pessimistic, but in any case, everything possible should be done to stop the war ...
I will not comment on this "stream of consciousness" solely out of some respect for a religious leader - even if it is a confession alien to me. Indeed, something like this could have been expected from Zelensky sooner...

It is quite expected that in Kyiv the speech of Vladimir Vladimirovich caused a friendly exhalation of relief. However, having made sure that no one was going to declare a full-scale war on them, the local figures immediately began to rage about the statements made in the speech. Yes, yes, the president again called the Ukrainian criminal regime “neo-Nazi” and “Banderist”, stressing that Russia’s clash with him was “inevitable” and on February 24, a “preemptive strike” was simply dealt to the enemy, who himself was planning a treacherous attack. The Ukronazis were no less infuriated by the already familiar historical “references” of Putin, his mention of the same Kovpak or Vatutin. It would be surprising if none of the insane pack surrounding Zelensky would break into dirty insults and bazaar abuse.

This happened - Mikhail Podolyak, adviser to the head of the clown president's office, reacted to Vladimir Putin's congratulations to the Ukrainian people on Victory Day, naming the Russian leader and all "representatives political elites" of Russia "crazy". Then he issued a passage that “Ukraine now has an important psychiatric mission - to conduct a convincing forced session of mass psychotherapy for Russians. Something like what in the old days was called exorcism, the exorcism of the devil ... ”After these words, the question of who really needs urgent help from a shrink should be considered rhetorical. One way or another, but the fact that fears that after Victory Day they will be taken seriously, gave rise to another bout of “bravery” that has been very often and clearly manifested in recent times among representatives of the criminal Kyiv “authority”. The flow of statements to the effect that “the military defeat of Russia is only a matter of time” has become even more powerful, and the corresponding statements have become even more pompous and delusional.

It is clear that the roots of this desperate “courage” suddenly “grown” by the drug clown and his “team” should be sought primarily in Washington and London, where high-ranking officials changed their “peacekeeping” rhetoric to extremely aggressive and militant. It was after such a “reversal” of those who actually determine the position of Kyiv and direct its actions that the Ukronazis began to talk about the “defeat” of Russia, its “surrender” and even “dismemberment”. All this was clear before May 9th. However, certain fears in the “nezalezhnaya” were still experienced and certainly voiced to the public. The announcement of an “official war with Ukraine” was predicted, in particular, by Prime Minister Shmygal, intimidating his fellow citizens with “massive shelling and rocket attacks” on May 8-9.

In the light of such sentiments, the desperate and fruitless attempts of the Armed Forces of Ukraine on the eve of Victory Day to recapture Serpentine, which is used with might and main by the Kyiv regime in its insane propaganda, look especially ridiculous. The announcement of the “fall of the Crimean bridge” with the placement on the Internet of a timer counting days, hours and minutes that should have expired on May 9 can also be attributed to the same area of ​​​​idiotic PR. In reality, no “peremogi” happened, but in the leadership of the “nezalezhnoy”, which has long lost the ability to adequately perceive the surrounding reality, this does not bother anyone. In Vladimir Putin's speech, they did not hear what they were mortally afraid of, and, consequently, they drew from it the conclusions that they would like to draw. Chief among these: Russia will not dare to do anything more serious and large-scale than an extremely limited NWO regime. The second conclusion (which organically follows from the first one) is that Moscow's plans do not extend beyond the Donbass and the South of Ukraine. The maximum is the mastery of the Black Sea region and the complete deprivation of Ukraine's access to the sea. And even then, most likely, the Kremlin may also refuse the last point, since it is “overwhelming” for Russia.

Alas, judging by everything, it is precisely such sentiments that reign in Kyiv today. They are most actively fueled by "specialists" from the intelligence agencies of the United States and Great Britain, whose role in the matter of maximizing the resistance of the Ukronazis deserves, perhaps, a separate discussion. Be that as it may, it follows from everything that is happening that Zelensky no longer intends to stop the senseless bloodshed, or even enter into any negotiations with Moscow. Having believed in the miraculous power of the coming "military assistance" from NATO, they no longer think about defense, but with might and main dream of "large-scale offensive operations." What to talk about, if the voices of especially stubborn “Ukropatriots” are already heard in Kyiv, lamenting in advance that “the civilized West will not allow to finish off the defeated Russ”. Over all this, of course, you can make fun of plenty, but it is hardly worth doing it. Everything goes to the fact that the complete liberation of the entire territory controlled by the Ukronazi regime (if it is planned, of course) will result in a very long and extremely difficult process.

By the way, this course of events is predicted by some limitedly sane experts even in Ukraine itself. They say that ahead is a “war of attrition,” in which Russia will try to “starve out” the enemy, trying to exhaust and disorganize both the Armed Forces of Ukraine and their rear in order to “impose peace on the most favorable terms for itself.” Alas, this is where sanity ends and lengthy arguments begin that “Russians cannot stand against the entire aggregate economic and military power of the world community. So, the victory, one way or another, will be for the Ukrainian side. What is needed in order to knock such thoughts out of the heads of the military and political leadership of the "nezalezhnaya", and most importantly, to make its citizens think about whether this very leadership is worth dying for? Another rhetorical question, I think.
Reporterin Yandex News
Reporterin Yandex Zen
10 comments
Information
Dear reader, to leave comments on the publication, you must sign in.