Is economic “suffocation” of the Kyiv regime possible? 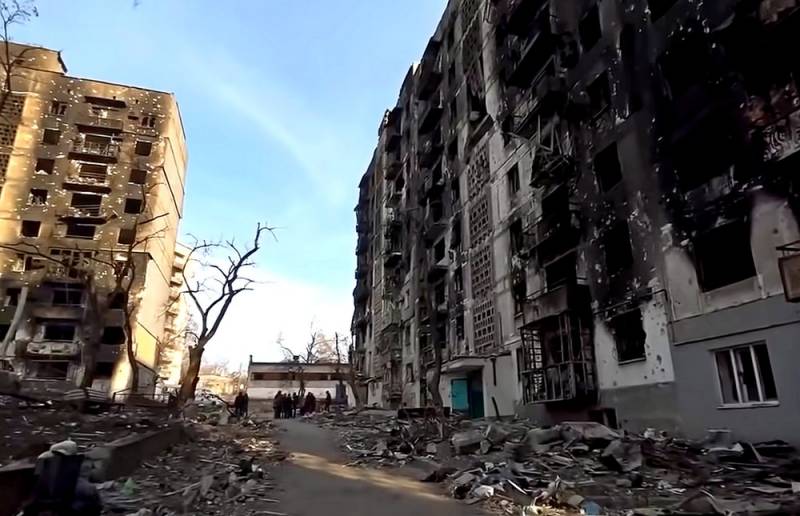 One of the recently popular hypotheses explaining why the special operation to demilitarize and denazify Ukraine is not developing as fast as we would like is that the Kremlin allegedly relied not on the violent destruction of the criminal Kyiv regime, but on its economic suffocation. There is undoubtedly a certain logic and common sense in this, but is it worth it again to seriously hope and wait for Ukraine to “fall apart on its own”?


War is an expensive business, it requires a lot of money, a lot, a lot of money. The Ukrainian economy is already more dead than alive, like a rapidly cooling corpse to which electrodes have been attached to make its limbs tremble. Indeed, in 2,5 months of the special operation, Kyiv lost its largest metallurgical plants, coal mines, refineries and oil depots, almost all oil and gas fields, and the most important defense enterprises were destroyed. Ukraine was left without almost all of its seaports, with the exception of the most important, Odessa, for which a heated battle is still ahead. Kherson and the south of Zaporozhye regions have already definitely gone to Russia, and now local farmers will work not for the criminal Kyiv regime, but for the Crimeans. Export of Ukrainian grain is possible only by rail.

Nevertheless, the fact remains: Kyiv is already bankrupt, and closer to winter, its affairs will go very badly. If it were a one-on-one confrontation between Russia and Ukraine, the latter would not have a single chance to survive. But, alas, behind Nezalezhnaya stands the collective West, which has decided not to allow Russia to win. British Prime Minister Johnson agreed to the point that it is necessary to help the Armed Forces of Ukraine with weapons so that they can return all their former territories in general. This means exactly two things.

At first, Ukraine will receive more and more powerful NATO-style Western weapons, and a new army is being created right now on the Right Bank of the Dnieper, which is trained to fight them.

Secondly, Kyiv will receive the serious funding needed to continue the war with Russia. There is no particular talk about the economy, only about paying salaries to the military, doctors, teachers and other civil servants. Initially, the Ukrainian authorities swung at the amount of 7 billion dollars a month, now the Ministry of Finance is asking for emergency financial assistance of 2 billion a month. They want to formalize all this in Kyiv through the so-called "Marshall Plan-2", as President Zelensky said:

Now we need up to $7 billion every month to offset economic losses. And to recover from this war, Ukraine will need hundreds of billions more dollars. I am sure that each of you has such calculations.
Hundreds of billions is 600 billion dollars, in which the Kyiv regime estimated the restoration of the destruction caused to the country during the special operation. True, even his Western curators counted only 60 billion, but they, naively, simply did not take into account the appetites of the Zelensky team and the size of the “kickbacks” it expected. It would seem that with such requests, Vladimir Alexandrovich should have been sent away long ago, but in Brussels they reacted to his request very kindly, from their "master's generosity" allowing to transfer to Kyiv the gold and foreign exchange reserves of the Central Bank of the Russian Federation, illegally arrested in the West.

This is 300 billion dollars that the Russian liberals in the government withdrew from the national economy and, in fact, donated to Ukraine. The head of European diplomacy, Josep Borrell, sees no reason why "respected European partners" cannot dispose of Russian money at their discretion:

I would be very in favor, because this initiative is full of logic. Someone needs to explain to me why the withdrawal of reserves is good for Afghan money and bad for Russian money.
Liberal-democratic values ​​- they are now such. Will they give Kyiv petrodollars withdrawn from the Russian economy to the West? Of course they will. In fact, the war with Russia will be waged with our own money. Let's pay tribute to the domestic "sislibs" that will finance the Armed Forces of Ukraine!

Meanwhile, the wording that President Zelensky used when begging for Russian gold and foreign exchange reserves is noteworthy. He suggested that Western countries take "patronage" over Ukrainian regions and cities:

Such a patronage project can create a new <...> historical example of interaction and partnership between the states of the free world, between regions, cities and companies of Europe and democratic countries.
From the bell tower of the author of these lines, this proposal suggests the following. The collective West, through the hands of the Armed Forces of Ukraine and the National Guard, will fight Russian troops to the last Ukrainian in order to maintain control over the Right Bank in order to turn it into an anti-Russian foothold. If they manage to stop the advance of the RF Armed Forces, sponsors will be able to get control and management of territories and assets of interest to them as "bosses". So, for example, Poland will "patronize" Western Ukraine. Britain, together with the United States, will cling to death in Odessa, which they need as an anti-Russian stronghold on the Black Sea.

Of course, this should not be allowed under any circumstances. The collective West has declared war on us. It's time for Russia to show up and start fighting for real, without the restrictions of the special operation format.
Reporterin Yandex News
Reporterin Yandex Zen
15 comments
Information
Dear reader, to leave comments on the publication, you must sign in.