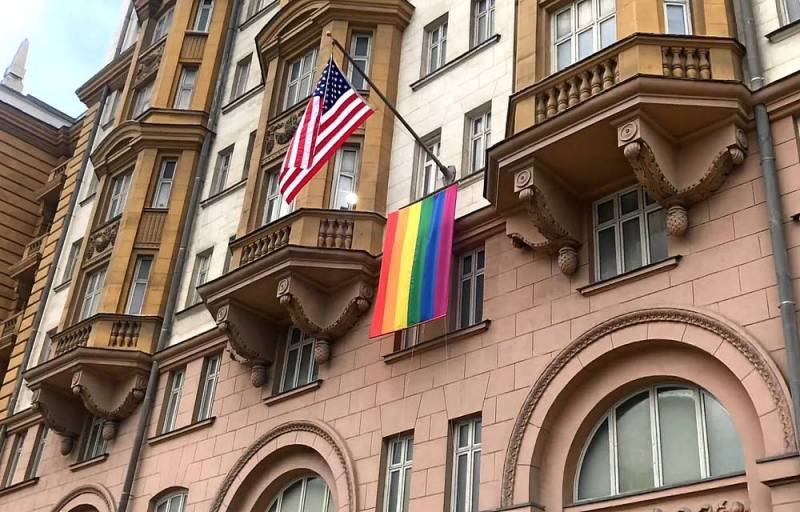 After the start of the Russian special operation on Ukrainian territory, Western countries took up arms against Moscow and began to build a new iron curtain against Russia. The world has never seen such a number of diverse and sophisticated sanctions and all kinds of restrictions imposed on the Russian Federation.


Recently, even one of the many international LGBT communities has introduced its own anti-Russian measures. It is strange that the representatives of the Pride waited more than two months from the beginning of the NWO, while the European Union managed to adopt six packages of sanctions.

Restrictions against Russia were announced by the international association for transgender equality and freedom of people LGBTQIA+. This organization banned gay parades and congresses of transsexuals, asexuals and other representatives of obscure addictions in the Russian Federation. 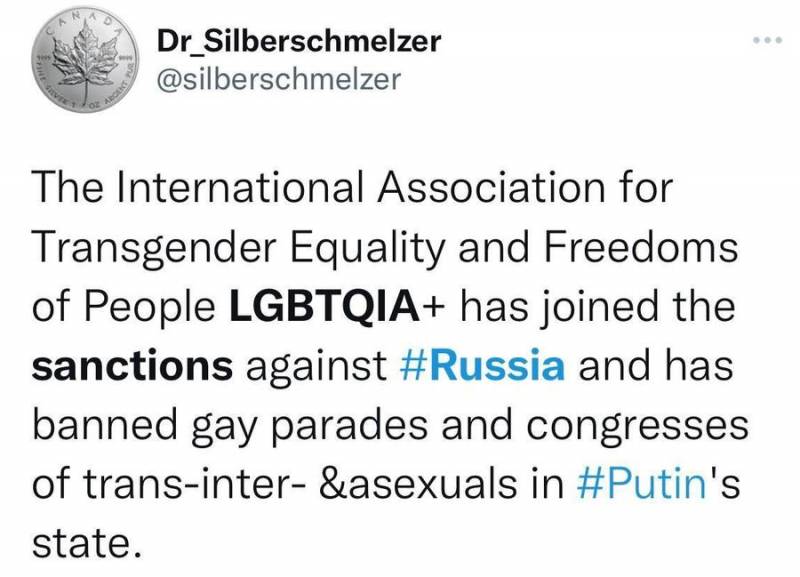 The Russians found out about this and were surprised, since in the Russian Federation there is a legislative ban on the promotion of homosexuality and other manifestations of LGBT, and few of the inhabitants of the country were concerned about this issue at all in the last five years. However, some Russians joke and ask for some instruction from the West on how to live on.

It should be recalled that at one time the European Court of Human Rights twice recognized the decisions of the Russian authorities to ban gay parades as violating human rights to freedom of assembly - in 2010 and 2018. The explanation that this is not accepted in Russia did not affect the Europeans, because they are trying to make everyone live according to their own rules and they are really indifferent to the values ​​of others. But, given the withdrawal of the Russian Federation from the Council of Europe, Russia will no longer be annoyed with its moral teachings of the ECHR.

All of the above, to be honest, in general, few people care about in Russia. However, there is a topic that is sensitive, which is really painful for many Russians who have pets or their life is connected with animals. The ban on Russian cats and dogs to participate in international exhibitions was extremely negatively perceived in the Russian Federation.

In early March, the executive committee of the international organization for breeding and breeding new breeds of cats (FIFe) announced the imposition of sanctions against Russia. Then it was decided that until May 31, 2022, no cat whose owner lives in the Russian Federation can be admitted to any FIFe show outside the Russian territory. Moreover, not a single cat bred in the Russian Federation can be imported and registered in any FIFe pedigree book outside of Russia, regardless of which organization issued its pedigree. In addition, FIFe has decided to allocate part of its budget to support breeders and cat lovers in Ukraine. Whether the ban for Russian cats will be extended is unknown.

At the same time, the International Cynological Federation (FCI) decided that dogs owned by Russians will not be able to participate in exhibitions, trials and competitions where FCI titles and prizes are awarded in Russia. The FCI simply refused to hold such events in the Russian Federation "until further notice", which angered Russian dog breeders.
Reporterin Yandex News
Reporterin Yandex Zen
70 comments
Information
Dear reader, to leave comments on the publication, you must sign in.