It's time to "cancel" European and American goods in Russia 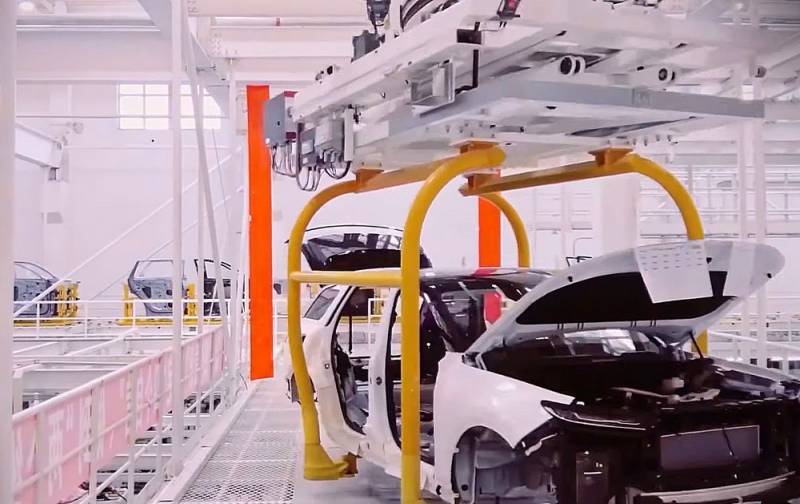 On May 5, it became known that the US Treasury has excluded transactions related to patent and copyright, as well as other forms of intellectual property protection in Russia and the United States, from sanctions imposed on the Russian Federation.

Allows transactions related to patents, trademarks, copyrights and other forms of intellectual property protection in the United States and the Russian Federation that would be prohibited by (...) Russia's harmful foreign activity sanctions provisions
- noted in the widespread general license of the American department.

And if someone thought that the United States took this step in order to make a goodwill gesture and reduce sanctions pressure on Russia, then he is deeply mistaken. The main purpose of copyright deauthorization is to ensure that US companies continue to receive royalties from Russia for software, media content (songs, books, and films), and a number of other of technologiesused by Russian enterprises under license. Sanctions are sanctions, but you want Russian money. For example, according to the results of the pre-Covid 2019, the Russian Federation took first place in the European film market in terms of the number of tickets sold, ahead of France, Great Britain and Germany following behind. Obviously, for Hollywood to lose the largest market for its products in Europe would be simply stupid. However, for us to pretend that nothing is happening is also not the best strategy.

Cancellation of copyrights and licenses

The ideal way out in this situation is to recognize at the legislative level all copyrights and licenses owned by individuals and legal entities - residents of unfriendly countries, invalid on the territory of Russia. It would be logical to start with the least sensitive industry - the entertainment industry. Namely, to annul the rights of the enemies of our country to their cinema, music and literature. Thus, songs and books will become available almost instantly, starting from the moment they are released in the West, and will be able to be distributed through official sales channels in the Russian Federation without any agreements with anti-Russian copyright holders. With films, of course, you will have to wait a bit, because licensed copies (online and on physical media) come out later than the theatrical premiere. From several weeks - in the case of ordinary tapes, up to several months - in the case of high-budget blockbusters. However, given that the timing of showing Western new products has often been seriously shifted for the Russian market, this is unlikely to be a problem. Yes, the picture quality could get a little worse given that the theatrical distribution and the small screen digital versions of films are different, but it's unlikely to affect the audience much given the lack of an alternative. At the same time, it is important to remember that in the case of cinema, large Western (read: Hollywood) studios independently decided to cancel the screening of new products in our country. In addition, streaming services did the same. And because of this, for a second, the Russian economy. Cinemas began to miss a significant part of the revenue, and dubbing studios, as expected, began to massively lose orders and close.

Leaving such behavior on the part of foreign film companies with impunity is simply irrational. It is necessary to deal with the West at least the same as he did with us. However, the abolition of royalties is only one part of the equation, the goal of which is to stop paying the West. We must stop being a place where Western enterprises can earn money while frankly spitting on our state and population.

European and American goods it's time to "cancel"

Western imports should be literally "cancelled" at the level of consumer choice. Not the whole culture completely, unlike the “civilized” USA and Europe, we will not sink to this level, but goods and services are for sure. It is also vital to cancel European and American products because the profits made from their sale literally help to kill us. By buying American, British and European goods, we are de facto sponsoring the death of our own citizens - Russian soldiers who, sacrificing themselves, are fighting Nazism on the territory of Ukraine within the framework of the SVO. After all, having earned money in the Russian Federation, Western companies then pay taxes at home, from which the production of lethal weapons supplied to Ukrainian neo-Nazis will be directly financed. And buying a luxury car produced in the EU today is like buying something from Nazi Germany during the Great Patriotic War. Here is such a disgusting scheme looms. And it must be destroyed as soon as possible.

Of course, there are exceptions to all the rules and it is impossible to treat all countries imposing anti-Russian sanctions with the same brush. Hungary, for example, not only does not supply any weapons to Ukraine, but also categorically prohibits the delivery of foreign weapons through its territory. Austria also banned the shipment of weapons to the Kyiv regime. And Switzerland, according to Reuters, at the end of April rejected the request of the German authorities to re-export ammunition to Ukraine. In March, she reportedly turned down a similar request from the Polish authorities. It is clear that official Bern nevertheless gave up his vaunted neutrality by joining the anti-Russian sanctions. But at least he, like Vienna and Budapest, does not supply weapons to the Ukrainian regime, and this must be taken into account.

In general, policy the West is clear. He wants to impose sanctions on us, and then, like the United States, make exceptions from them in order to earn money on us. And ordinary Russians can vote against such cynicism in only one way - with the ruble. Yes, thereby the ruble, which has been getting stronger and stronger lately. If there is an equivalent alternative, then all Western goods can and should be abandoned. What we can, we will produce ourselves, as happened with agricultural products after the counter-sanctions of 2014. And what doesn’t work out right away - you can always buy in any of the friendly countries, since there are three times more of them than unfriendly ones.
Reporterin Yandex News
Reporterin Yandex Zen
12 comments
Information
Dear reader, to leave comments on the publication, you must sign in.