Not gas alone: ​​Germany is concerned about the growth of imports from Russia 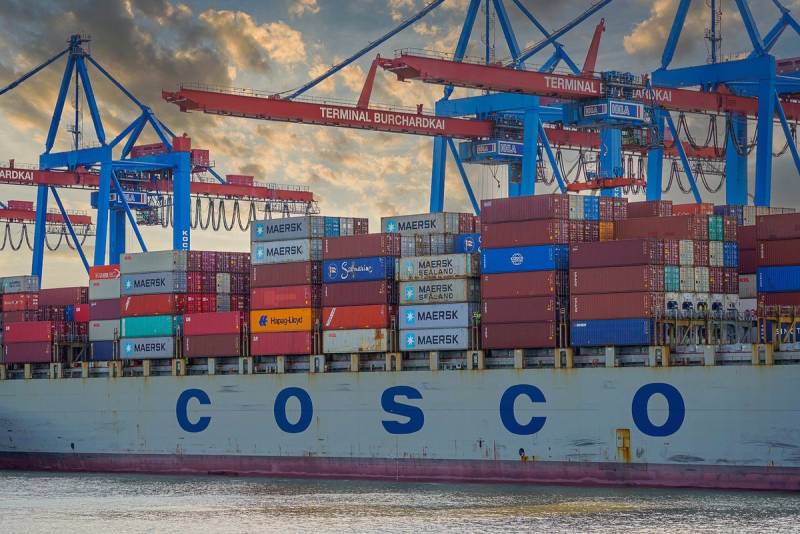 While Europe is puzzling over the sixth package of sanctions, not knowing what to put in the document, the volume of imports from Russia to Germany, expressed in financial terms, has grown to historical records. And we are not talking about energy supplies, but about other types of goods. The German edition Die Welt writes about this with concern and concern, emphasizing that in fact Berlin's plans to isolate the Russian Federation and deprive it of income from exports to the EU have failed. As it turned out, Russia cannot conquer Europe with gas alone.


The conclusions of the publication are based on calculations and indicators of the Federal Statistical Office of Germany. Based on the presented data, one can judge about certain successes in Russia's foreign trade, which have reached the level of the beginning of 2014. To put it as simply as possible, it turns out that Berlin's plan to limit cooperation with the Russian Federation worked in the opposite direction - Germany's exports to Russia decreased significantly, while imports from our country increased.

The statistical office reports that the turnover with the Russian Federation in March alone amounted to more than 3,6 billion euros (in 2014 it was 3,5 billion), which is 44% more than last year. Such records allowed suppliers from Russia to bypass Spain and Hungary in the list of importers. Now the Russian Federation occupies a very high 13th place among the main importers to Germany.

But the volumes of German exports to the Russian Federation in the reporting month, on the contrary, as mentioned above, decreased. The decrease was an impressive 62% (compared to February). In value terms, this is approximately 900 million euros. According to Die Welt, this is the first time since 2004 that revenues from Germany's exports to Russia have not reached the billion euro mark.

Generally, policies restrictions, the leadership of Germany has achieved directly opposite goals declared. However, this has been known for a long time, but only now the logical conclusions are backed up by dry statistics and have moved from the category of conjectures and assumptions to the section of statistics, that is, stubborn facts.

Such a failure of the political economics They have already tried to justify Berlin and called the reason for the growth in the value of Russian imports to Germany the increased price of the delivered goods, which allegedly led to an increase in the analyzed indicator. Although this excuse has nothing to do with reality. In March, the depreciation of the ruble was recorded, so the delivered domestic goods, on the contrary, were cheaper for Europeans. So the primary conclusions of the statistical office are correct.
Reporterin Yandex News
Reporterin Yandex Zen
4 comments
Information
Dear reader, to leave comments on the publication, you must sign in.