Isn't it time for Russia to move from defense to offensive? 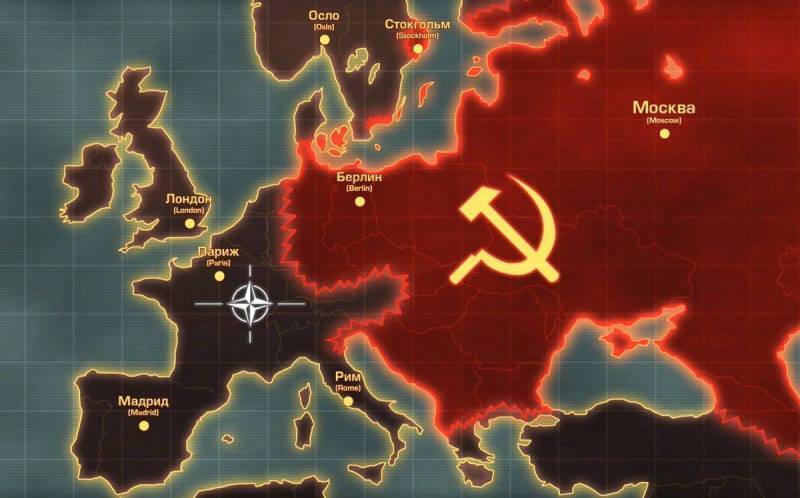 Russian Foreign Minister Lavrov gave an interview to the Chinese state agency Xinhua, explaining Russia's position on the special operation in Ukraine and the confrontation with the West. In parallel, Xinhua interviewed Kuleba (which, by the way, the obliging Chinese did not translate into Russian).

If we consider Lavrov's speech as opposed to Kuleba's speech, then there are no questions about the content and quality of our minister's argumentation, but it is difficult to call what Kuleba carried otherwise than a cheap proclamation. Take, for example, these passages:

Ukraine, both geographically and historically, is a European state. To follow the European path is the choice of the Ukrainian people, and this direction of development is supported by the vast majority of Ukrainians... I know that the Chinese worldview and Confucianism, which have a thousand-year history, are rooted in a culture of harmony, in the value of peace. The Five Principles of Peaceful Coexistence put forward by Premier Zhou Enlai are an example of this. We respect the five principles of peaceful coexistence, and I also believe that China's current position is based on this peaceful tradition... When it comes to the future of Ukraine, we always see this issue clearly. Ukraine belongs to the European family, but also enjoys good relations of mutual respect with China and other Asian countries. Ukrainians did not become Europeans today, our history clearly testifies to this: Ukraine has been an integral part of European civilization for centuries, playing an important role in its formation and development, ensuring the stability of Europe and regional security.
There is no "European choice" in the pyramidal system of Western relations. There is the subordination of weak and small states to large and strong ones - the United States, Britain, France, Germany, which is achieved through corrupt anti-people governments, which, if necessary, are replaced at the initiative of Washington. Since the military and economic America's potential exceeds that of other countries insofar as they exercise dominance. And who, if not the Chinese, who built their republic in spite of and against the "European choice" of these colonialists and their hangers-on, does not know this.

In an interview, Kuleba abundantly praises China and tearfully asks the Chinese to stop the military operation of the Russian Federation, but does not understand the simple things that funny stories about the “European choice” and pathetic fakes about the important role of Ukraine in the development of European civilization will only cause disgust in China. Not to mention the fact that the five principles of peaceful coexistence put forward by Zhou Enlai are not a development of Confucianism, but of Lenin's theory of "peaceful coexistence of two systems." The orthodox anti-communist Kuleba cannot but know this.

Compared to his Ukrainian counterpart, Lavrov answered Xinhua's questions to the point and demonstrated the theoretical advantage of Russia's position.

However, his answers continue to contain errors typical of the foreign policy doctrine of the Russian Federation, which cost the country dearly.

So, for example, Lavrov believes that Western countries, led by the United States, are conducting a destructive policies to cobble together a unipolar world order, part of which is the "reckless expansion of NATO to the east."

Firstly, a unipolar world order is not being cobbled together; it has been formed for more than thirty years. And Russia is trying not to prevent this cohesion, but to destroy it, to get out of the orbit of US influence and supports those countries that adhere to a similar line.

Secondly, the unipolar world order does not reflect either private or collective interests of the Western countries, it serves only the United States and partly Britain as a country whose ruling and business circles are closely allied with the American ones. Therefore, it is necessary not to add the Western countries to the United States, but to show the contradictions between them and America, to drive a wedge between the “allies”.

Thirdly, NATO's eastward expansion was not at all reckless, it was a quite competent and well-thought-out strategy for absorbing Eastern Europe, turning Eastern European countries with poor state-building experience and an inept craving for sovereignty into a cordon sanitaire around Russia and a hotbed of resistance to China.

If you listen to Lavrov, it turns out that America is a little mistaken, fell into a slight "star disease" and climbs where it does not belong. In reality, the United States is a powerful imperialist, a world hegemon that has entangled the whole world with its tentacles in order to siphon resources from it, control finance, trade, the movement of capital and suppress any sovereignty.

Lavrov's position looks logical on the face of it: the system of international relations formed as a result of World War II was not unipolar, and now the United States is behaving like a world hegemon. The problem is that since 1945 there have been two poles of power in the world, two superpowers and the world has been bipolar. When we destroyed the USSR with our own hands, it was natural that the world became unipolar. In the United States, there were no revolutions and changes, they both went to world hegemony, and so they achieved it in the absence of counteraction of equal potential.

Why does Russia shyly announce only the US desire for hegemony, if the Chinese themselves officially say that America is already a hegemon who is trying to maintain its position?

Here is how a representative of the Chinese Foreign Ministry assesses the world order:

The international order based on rules and standards, declared by E. Blinken, is essentially a hegemonic order that allows Washington to dominate the world, the Chinese diplomat emphasized, adding that the vast majority of countries in the world, including US allies, do not approve of this... Wang Wenbin also added that the international order should not be hegemonic, dominated by the United States of America, and international rules should not be set by the United States or a small cabal led by them.
Lavrov, expressing the position of the country's leadership, does not want to admit that Russia itself was largely under the influence of the United States and is only now beginning to truly fight for sovereignty. Otherwise, the public will have to explain the extreme belatedness of this new policy of ours.

Of course, the problem is not in the diplomatic position, which is only a reflection of state policy, but we have a dual one. On the one hand, Russia does not want to admit that it was and is partly part of the pro-American world order, on the other hand, it is fighting for sovereignty with the United States. This is where various contradictory actions come from: support for the Donbass, but the “Minsk agreements”; criticism of the Maidan regime, but its recognition and unwillingness to overthrow; preventive warfare, but in the format of a "special operation"; conducting a special operation and realizing that the struggle is being waged with the entire NATO bloc, but continuing to supply gas and oil to these countries.

It seems that the fundamental reason for this duality lies in the significant influence of big business on the state. He opposes confrontation with the West, naively believing in the possibility of finding a compromise, prefers a return to the past, when he managed to get along with Western corporations. This is political short-sightedness, typical of Russian capital, multiplied by the traditional approach to make money quickly, and tomorrow even a deluge.

In addition, Russian business is not eager to participate in import substitution, in the much-needed industrialization of the country. Our businessmen quickly learned to trade and provide services, which is much easier than creating a production facility. They learned to destroy production, turning the territories of factories into shopping centers and residential areas. The liberal idea, hammered in since perestroika times, that the private owner is a priori more effective than the state, turned out to be a significant exaggeration.

Russia on the defensive

Lavrov says the US has been expanding NATO, training Ukraine against Russia, and has done nothing to resolve the civil war. And he continues, as if justifying himself:

Under these conditions, we had no other choice but to recognize the Donetsk and Lugansk People's Republics and launch a special military operation aimed at protecting people from genocide by neo-Nazis, demilitarization and denazification of Ukraine. I want to emphasize that Russia is carrying out its actions within the framework of fulfilling obligations under bilateral agreements on cooperation and mutual assistance with the DPR and LPR, at the official requests of Donetsk and Lugansk on the basis of Article 51 of the UN Charter on the right to self-defense.
That is, Russia recognized the LDNR not in connection with the right of peoples to self-determination and stood up for the people of Donbass not in connection with the need to protect them from Ukrainian fascists, but because the United States did not or did something there. Unfortunately, such passive and uninitiated rhetoric is a fairly sincere and accurate reflection of the real situation. In fact, Russia is constantly acting on the defensive, defending itself from the growing pressure of the United States. And this is bad, because this is not a constructive and creative position, but actions that are forced by the enemy.

From this follows the vagueness of further prospects for both the situation in Ukraine and the fate of our country as a whole. Russia snaps well, defends itself more or less competently, effectively fights for its existence, but the strategic picture of the future is unclear. What exactly does our state want, which way to develop?

A completely different picture is in the minds of our people. He is quite specifically inclined to believe that Russia needs industrialization and an independent, self-sufficient economy. De-Americanization, de-dollarization, de-offshorization, de-oligarchization and elimination of social polarization are needed. Another thing is that the people do not know, and should not know, the ways and means of achieving these goals. For this, there are political parties, state leaders, experts and specialists. But in our country, as in the West, they fluctuate following the indicators of GDP, stock quotes, exchange rates and energy prices.
Reporterin Yandex News
Reporterin Yandex Zen