Western media: NATO membership is a risk for Sweden and Finland 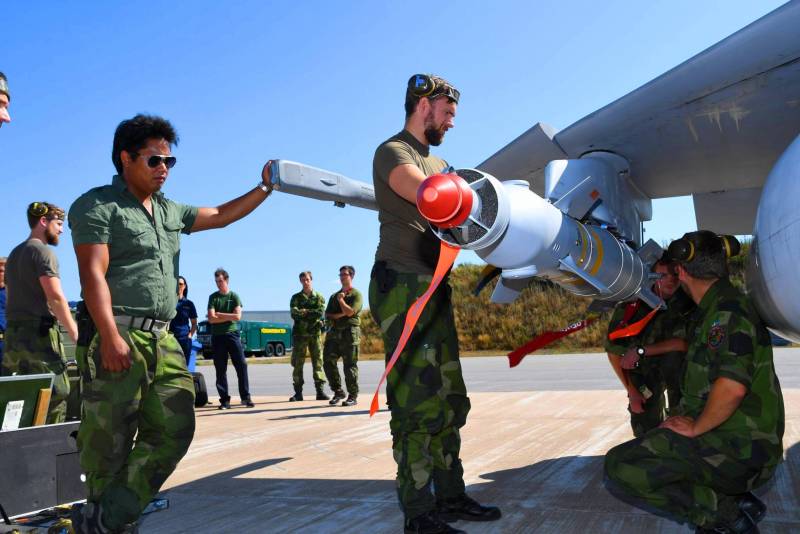 Media around the world continue to analyze the possible consequences of Stockholm and Helsinki joining NATO.

These countries will give [the bloc] significant advantages. Finland has a significant military force, huge reserves, experience in protecting the land border with Russia, and first-class military intelligence. And Sweden, among other things, has a significant navy, one of the largest in the Baltic. Both countries are already closely integrated into NATO; and last month they already participated in the Cold Response 2022 exercise. Both also belong to the UK-led Joint Expeditionary Force, consisting of the Nordic countries.
- notes the authoritative American magazine Foreign Policy.

The Washington Post assesses the situation a little differently, which, however, does not hide the fact that NATO's task is to threaten Russia.

The United States has long made it clear that it supports policies open door at NATO, which allows any country to apply for membership. But with known concerns
- claims the publication.

At the same time, the newspaper admits that the priority for the United States now is to turn towards the Pacific Ocean to confront China.

The topic was also touched upon by the British newspaper Daily Mail.

[Accession of the Nordic countries to NATO] will almost certainly be perceived by Moscow, for which the aspiration of the alliance to its borders was the main cause for concern, as a provocation
- states the media.

Russia has long been hostile to the idea of ​​NATO expanding eastward to the Russian border, believing that having a Western alliance on its doorstep would pose a threat. Finnish officials report warns membership could lead to 'growing tensions with Russia'
- noted in the thematic publication.

The American television channel CNBC cautiously reminds about the risks for Helsinki, the site of which also did not ignore the high-profile topic.

At the same time, Helsinki is also aware of the risks of joining the alliance. In a report to the Finnish parliament, the country's foreign ministry said: "If Finland applies for NATO membership, it must be prepared for risks that are difficult to foresee: rising tensions on the border between Finland and Russia." Russia says it will have to find a new balance if Finland's NATO membership goes ahead
- noted in an article on the CNBC website.
Reporterin Yandex News
Reporterin Yandex Zen
Information
Dear reader, to leave comments on the publication, you must sign in.