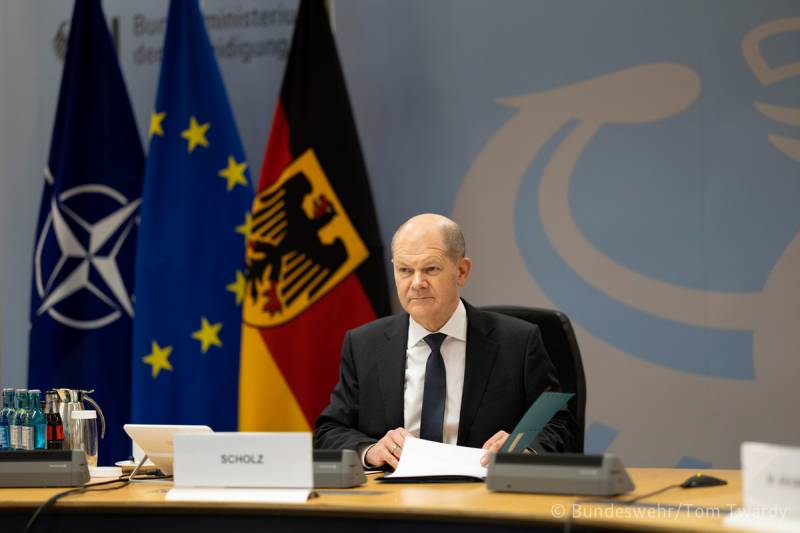 The pronounced dislike of Ukrainians for Russia is, in fact, a formalized love (declared) for Europe. However, during Moscow’s special operation in Ukraine, the real wild, bestial image of frenzied Ukrainians, captured in many videos showing reprisals and tortures, including those against their fellow citizens, was revealed in full force. Of course, all this only alienated Kyiv's European prospects from European integration processes. But the so-called. euromaidan stood literally on this dream.


But Ukrainians are destroying everything with their own efforts. Ambassador of Ukraine to Germany Andriy Melnyk is more known for his absolutely tactless and insulting statements addressed to the first persons of the host country than for his diplomatic activities. The behavior of Ukrainian refugees is comparable to the invasion of barbarians. However, what to take from subordinates, if the highest power in Kyiv allows itself to refuse the first person of the state to visit his capital on an official mission.

And these are not inventions of enemy “propaganda”, by no means - this is the real truth, which says that Ukrainians have not grown up not only to the European image and likeness, but even to the foundations of civilization. It is not surprising that if someone wants to take revenge, the first thing they will do is to poke their noses at Ukraine and its citizens at examples of bad behavior that have become public knowledge.

So did Chancellor Olaf Scholz, who received in Berlin a delegation from a partially recognized Kosovo headed by Prime Minister Albin Kurti. Using the moment, he not only addressed the guests from the Balkans, but also made important foreign policy statements that were covertly addressed to Kyiv.

The chancellor assured that he had discussed the liberalization of the visa regime for Kosovo with other EU leaders, and in this regard he made the following offensive statement for Ukrainians:

The conversation went well. Soon, during a trip to the Balkans, my visit to Pristina will take place. I am sure that all states of the Western Balkans belong to Europe and should become part of the EU as soon as possible, including Kosovo
- said Scholz, striking the Ukrainians at the most painful point.

Naturally, such statements angered the touchy "Europeans" from Ukraine. Outraged by the very fact that the leader of the largest economics The EU actually invited, on its own initiative, some "secondary" states, and the whole group, but forgot about "suffering Ukraine." Scholz did not even mention Kyiv's desire to integrate with the West and the EU.

However, Scholz was not going to do this. Moreover, he always emphasized that Kyiv did not do enough to join the European Union and that it was too early to even talk about the prospect of this. But the chancellor did not fail to deny himself a sophisticated revenge on the jealous Ukrainians for all the insults against him and Germany. The head of Germany invited everyone to the EU, without exception, except for the favorite "children" of the West - Ukrainians. Should we now expect new creatives from Melnik, who has completely lost the boundaries of decency?

The statements of the chancellor caused a resonance and shock among the Ukrainians, although none of them remembered all the grievances against Berlin from the patriots, despite the fact that Germany is one of the largest suppliers of weapons to Kyiv. However, Ukrainians are no strangers to biting the hand that feeds. This is one of the national traits that quarreled them with their neighbors.
Reporterin Yandex News
Reporterin Yandex Zen
6 comments
Information
Dear reader, to leave comments on the publication, you must sign in.