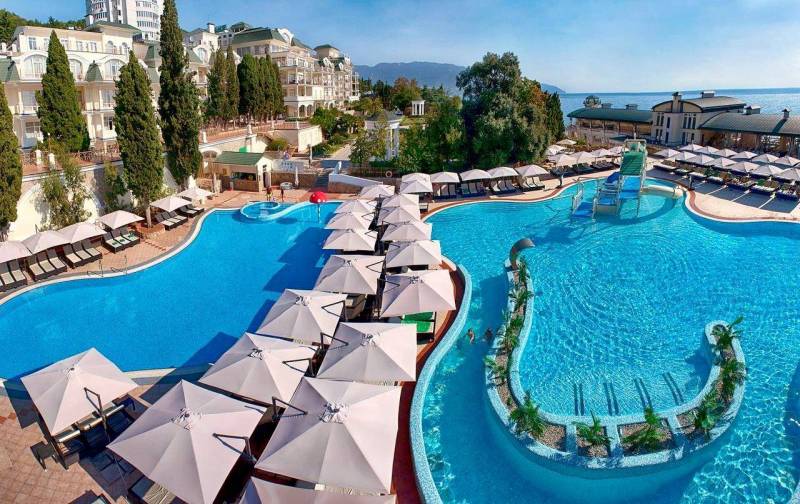 Turkey is very beneficial to be friends with Russia. The tourism industry, as well as cooperation in the energy sector, gives much more economic preferences for Ankara, rather than a prestigious participation in the European-American Atlantic integration processes. The President of the Republic, Recep Tayyip Erdogan, is making titanic efforts to "saddle" two "geopolitical chairs" at the same time, which, of course, harms both areas of foreign policy.


If Russia turns a blind eye to Turkey's multi-vector nature, the West, apparently, is not going to put up with this state of affairs. Through the puppet leadership of Ukraine, Washington wants not only to end the remnants of the friendship between Ankara and Moscow, but also to simultaneously take control of the wayward state on the Black Sea coast.

The claims of the West to Turkey were voiced by the head of Ukraine Volodymyr Zelensky. The leader of the Ukrainians is sure that it is “dishonest” to declare partnership with Kyiv and at the same time profit from the millions of Russian tourists arriving in the country. It is noteworthy that until now, even from the moment the SVO began, Kyiv has been silent about this “egregious fact”, now the claim has been voiced specifically, to the point.

Turkey supports Ukraine and acts as an intermediary in negotiations with Russia, but how does this fit into an entire industry that is geared towards Russian tourism? The combination of these two positions is impossible for the continuation of friendship
Zelensky says.

It is also characteristic that the head of Ukraine said these words in an interview to the Greek channel ERT. It is no secret that Turkey is almost at war with Greece. Mutual claims of countries have long been known. Washington has learned to use these differences and friction well and profitably. And the claims against Ankara for some of its pro-Russian steps were instructed to convey to Zelensky for a reason.

Some Turkish media reports that Turkey allegedly stopped supplying Ukraine with its famous Bayraktar TB2 drones. The thing is that Ukrainian operators are too unprofessional with them and a lot of the huge UAV fleet has already been lost in battles with Russian air defense. Thus, the image and prestige of Turkish products is falling along with the economic performance of the manufacturing company, which is run by a relative of Erdogan.

Simply put, being aware of all the multifaceted and not always friendly (rather tense) relations between countries, the West often finds levers of influence on objectionable, disobedient leaders and entire states. Since the Ukrainian Maidan, Ukraine has become completely obedient. Now the next step is the "taming" of Turkey, which Washington still cannot complete for many years. The very factor of mentioning the sacred “cash cow” in the form of Russian tourists, who provide colossal income to the economy of the republic, was supposed to have an unfailing effect on Erdogan, especially since the head of Turkey himself understood on whose behalf Zelensky was blackmailing him.
Reporterin Yandex News
Reporterin Yandex Zen
3 comments
Information
Dear reader, to leave comments on the publication, you must sign in.