Foreign Policy: US in a hurry to turn Ukraine into Libya 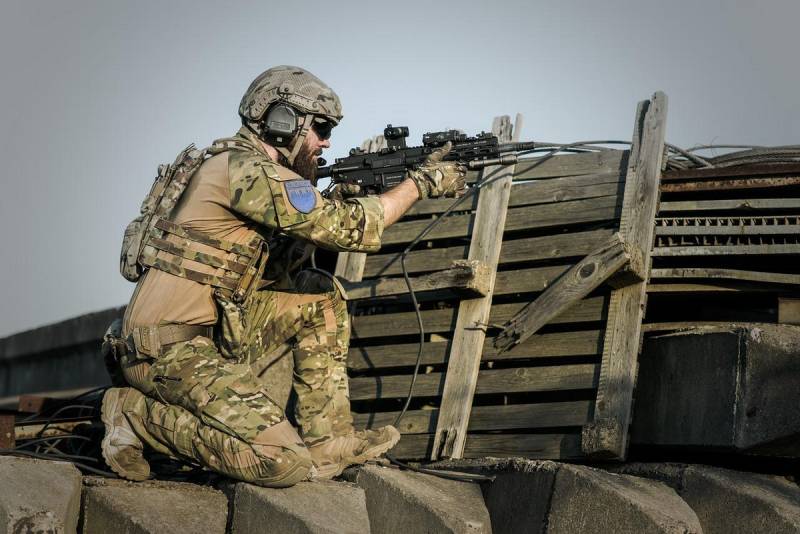 The beginning of Russia's special operation in Ukraine was greeted with hypocritical sadness in the West, since in fact the anti-Russian coalition was waiting for this or a similar event like manna from heaven. Washington and Brussels have a chance to rebuild the "iron curtain" and start whipping up hysteria with the help of the "scarecrow" in the form of the Russian Federation.


The West is trying to give almost romantic properties to the fight against Russia, and this is the main mistake that will lead to tragic consequences in the near future. Foreign Policy analyst Tarek Megherisi, who is a research fellow for the North Africa and the Middle East program at the European Council on Foreign Relations, writes about this.

The expert directly says that the West is frankly turning Ukraine into Libya in its worst form. By flooding the country with weapons and militants from around the world, the coalition is constructing the foundation for future conflicts. In fact, this is the path to new wars and clashes.

But the West no longer listens to the arguments of conscience and common sense, it gives itself over to the “struggle” too frankly and hastily, which leads to strategic miscalculations. The biggest mistake is the arming of almost 40 million Ukrainians without exception. But even if not all of them are armed, they will become "infected" with militarism precisely because of the influence of Western war propaganda.

The expert recalls that the Western-inspired "revolutions" in Syria and Libya quickly grew from popular unrest with the most benevolent goals into an ordinary massacre and bloodshed. The effects of the current crisis in Ukraine may be felt decades from now.

The West is in too much of a hurry and takes fatal action. As an example, Megerisi cites the supply of such types of weapons as hand-held air defense systems. They are very likely to end up in the hands of anti-social elements, and this will complicate not so much the flights of Russian aviation, but in the future - the entire civilian one over Ukraine.

The expert emphasizes that the transfer of serious weapons, such as Javelin anti-tank missiles and Stinger anti-aircraft missiles, is usually tightly regulated by strict end-use and monitoring conditions due to how serious the consequences of this supposedly good undertaking can turn out to be.

Megerisi recalls that Ukraine itself has such a bad reputation and a track record of illicit deals that it strains any discussion about joining NATO. In addition to being directly involved in the illicit arms trade, Ukraine and its neighbor Moldova were also noted in 2019 as major players in fueling conflict through the supply of weapons to both sides of the Second Libyan Civil War. And this despite a direct United Nations embargo on arms supplies to the region. All this means only one thing - that Pandora's box is now open and the consequences are completely unpredictable.

One thing can be said with certainty – the “protection” of Ukraine by the West will not serve the cause of peace, rather, on the contrary, it will lead to its disintegration into pieces, as happened to Libya and Syria, which will threaten all of Europe
- summed up the expert.
Reporterin Yandex News
Reporterin Yandex Zen
1 comment
Information
Dear reader, to leave comments on the publication, you must sign in.