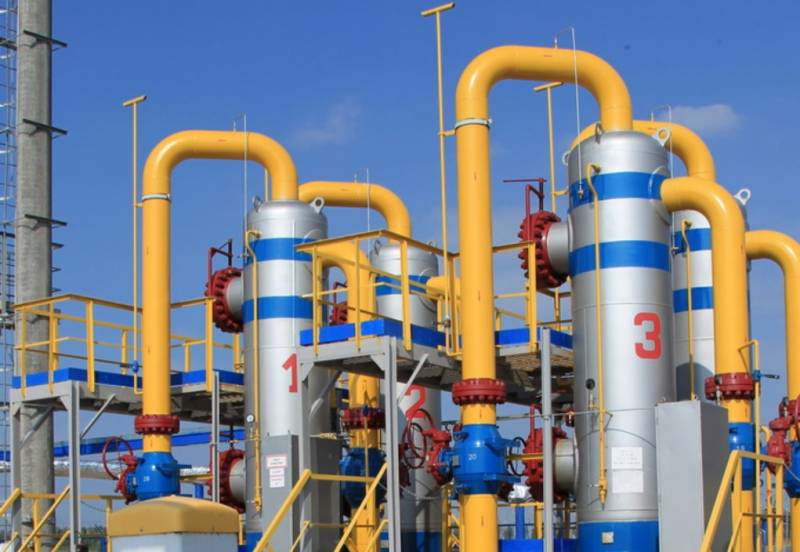 The Russian Gazprom finally stops supplying gas to the EU free of charge (conditionally in "debt") and thereby prevents attempts to carry out fraud against the background of the requirement to pay for gas in rubles. As far as it was possible, the Russian side simplified this process as much as possible, made it unified and, meeting the needs of Western clients, provided for a two-stage payment procedure. However, not all countries adequately accepted the message and goodwill of Russia. Now they will "pay" for the lack of wisdom figuratively.


As you know, on April 26, Gazprom sent letters to Eastern European customers in Poland and Bulgaria with a notification that the very next day fuel supplies to these countries would cease completely due to refusal to pay in rubles. The governments of these states tried to exploit the theme of the “impossibility” of using the scheme proposed by Russian President Vladimir Putin and refused to make payments in the Russian national currency.

In case of unauthorized withdrawal of Russian gas from transit volumes to third countries, supplies for transit will be reduced by this volume
Gazprom said in a statement.

The Polish concern PGNiG and the Bulgarian operator Bulgargaz have already confirmed receipt of notifications from Gazprom Export. Of course, such an instant decision and the determination of "Gazprom" horrified the representatives of the energy sector in Eastern Europe. Although a few days ago, these companies pompously declared that they were not going to obey the Kremlin, since its demands for payment in rubles allegedly do not comply with bilateral agreements.

Today, arrogance has diminished, and even Poland, eager to break gas contracts with the Russian Federation, trying not to depend on fuel from Russia, begged for mercy and asked not to stop the supply of hated raw materials from April 27 under the Yamal contract. Well, the "dreams" of Warsaw and the PGNiG holding come true - they are carried out by the Russian "Gazprom". On top of that, gas exchange quotes again crept up and significantly increased in price against the backdrop of Russia's refusal to supply raw materials to some unscrupulous and unfriendly countries.

Against the backdrop of the European Commission’s permission to use the scheme proposed by Moscow, Warsaw’s and Sofia’s harsh refusal to pay for raw materials in rubles looks like a politically motivated and fraudulent decision, a demarche aimed at trying to get gas for free, taking advantage of the reliability and predictable kindness of the Russian gas monopolist. However, Gazprom itself does not agree with such a formulation of the issue and prevents losses for its own and state budget.

So far, the exemplary punishment has been handed down for two countries, it will serve as a hint to the rest of the company's European clients, demonstrate the consequences of stubborn behavior and prevent any attempts to deceive Russia. Poland and Bulgaria were the first to suffer. Further, most likely, time will be given to other clients to think a little.
Reporterin Yandex News
Reporterin Yandex Zen
4 comments
Information
Dear reader, to leave comments on the publication, you must sign in.