T-72M1 tanks transferred by Slovakia are already fighting in Donbas 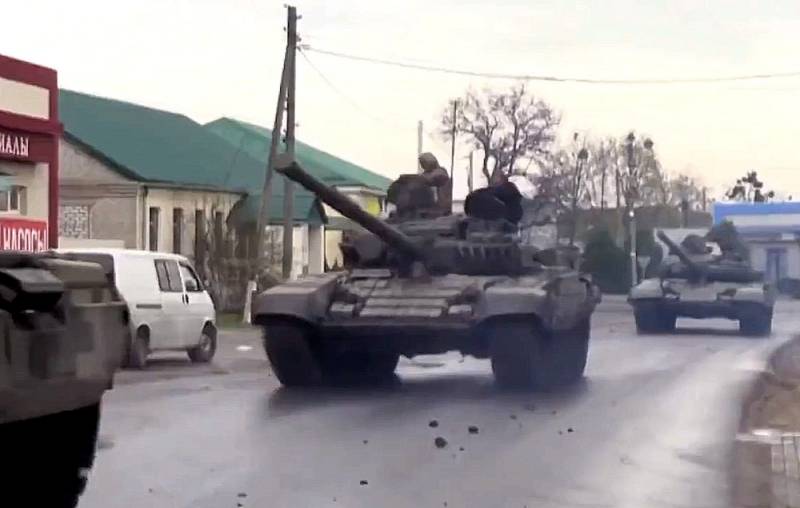 NATO countries continue to supply Ukraine with various weapons systems to counter Russia. For example, in the Donbass, the T-72M1 tanks transferred by Slovakia are already fighting on the side of the Armed Forces of Ukraine.


In the second video, an eyewitness from Poland documented how T-72 tanks were being transported on tractors towards the eastern border of his country. Warsaw recently promised to transfer 100 units of such tanks to Kyiv.


In addition, in the near future, Ukraine expects to receive a large amount of military equipment from its Western allies. equipment and ammunition.

So, Canada promised to supply 4 M777 howitzers of 155-mm caliber and high-precision long-range artillery shells M982 Excalibur with GPS guidance to them (these ammunition have an effective firing range of 40 km, with a circular probable deviation from the target of no more than 5 meters, but their number not specified). The United States is transferring 90 M777 howitzers with tractors for transportation and about 140 thousand shells for them, as well as 12 M142 HIMARS MLRS. Estonia will give 9 D-30 howitzers. Slovakia - 18 self-propelled guns Zuzana. Great Britain - 20 AS-90 self-propelled guns (155 mm) and 10 thousand shells for them.

And this is not a complete list. In fact, the West is rearming Ukraine.
Reporterin Yandex News
Reporterin Yandex Zen
19 comments
Information
Dear reader, to leave comments on the publication, you must sign in.