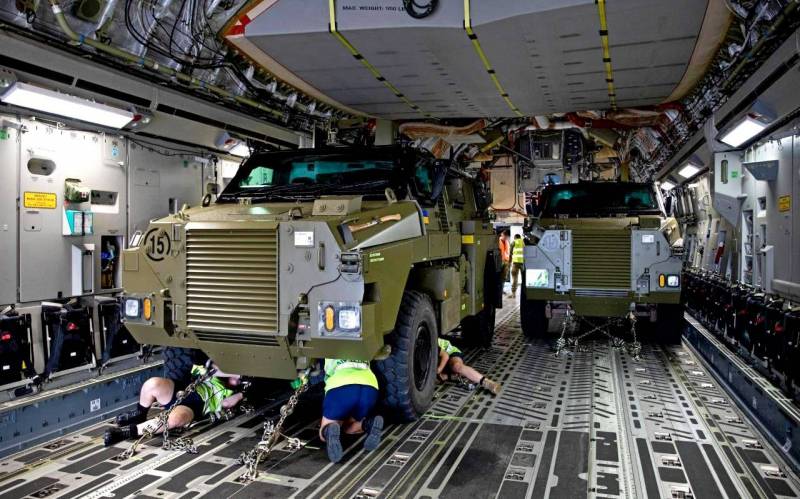 How should the West use its influence in Kyiv to achieve a negotiated settlement of the conflict between Ukraine and Russia? Dr. Robert Farley, the contributing editor of the American edition of 19FortyFive, decided to speculate on this topic in his article.


The author noted that Russia failed to take Kyiv and overthrow the Ukrainian government, and the RF Armed Forces are unlikely to destroy Ukraine with nuclear weapons. In turn, Ukraine is unlikely to be able to force the collapse of the Russian government, so the possibility of ending the conflict through negotiations should not cause controversy. Moscow and Kyiv will sooner or later come to some kind of agreement and the hostilities will stop. The only question is how to achieve this as soon as possible. But in any case, military and financial assistance to Ukraine cannot be stopped.

Calls for the West to stop or limit arms supplies to Ukraine essentially boil down to the argument that Ukrainian negotiating power in the conflict must be drastically reduced in order to force Kyiv to come to a peaceful settlement. These arguments would make some sense if there were any indications that Moscow was negotiating in good faith about the terms Kyiv could accept, but there is little evidence of this yet.
- said in a US press release.

Farley believes that if Ukraine agrees to significant territorial concessions and demilitarization and does not seek security guarantees from the West, then this will eventually lead to a new Russian attempt to “intervene in Ukrainian affairs”, perhaps with greater success than now. He is confident that there are possible military situations in which Kyiv would need to accept a quasi-permanent diplomatic subordination to Moscow, but the current situation on the battlefield does not yet come close to such circumstances.

We can also imagine situations in which it would make perfect sense for the West to use its levers of pressure on Ukraine. If the Russian military collapses (this is unlikely), NATO should be especially careful to support Ukrainian operations in Russia itself. If Ukraine succeeds in encircling significant Russian forces in the Donbas and isolating them with no hope of support, the West may well want to encourage Kyiv to use them as political and diplomatic leverage rather than seek military annihilation.
– hypothetically argues the author.

The author added that if the Armed Forces of Ukraine succeed, the Ukrainian army may begin repressions against the inhabitants of Crimea and Donbass. He is convinced that the West will definitely have to intervene immediately in order to prevent atrocities.

Finally, if there is a gap between military realities on the ground and political realities in Kyiv (for example, if the Zelenskiy government develops an overly optimistic assessment of the military situation or feels it cannot make the necessary concessions for domestic political reasons), the West must take steps to agree on what is militarily and politically feasible
- the author emphasized, summing up that everything will be decided by the West, which has a huge influence on Ukraine.
Reporterin Yandex News
Reporterin Yandex Zen
6 comments
Information
Dear reader, to leave comments on the publication, you must sign in.