What place will Russia take in the global energy market? 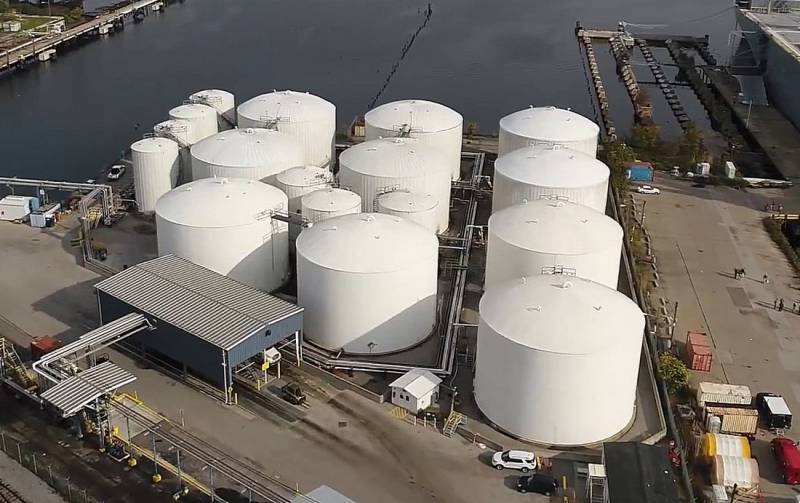 It is believed that the Russian economy stands on two pipes, oil and gas, and if you knock them out from under your feet, then the "colossus" will collapse with a roar. In response to the Kremlin launching a special military operation to demilitarize and denazify Ukraine, the collective West tried to do just that, but in practice everything turned out to be more difficult than it initially seemed.


Indeed, the lion's share of federal budget revenues comes from hydrocarbon exports. Russia sells its oil and gas around the world both through the pipeline system and by sea. Deprive the Kremlin of oil and gas revenues to Western politicians It seemed like a great idea, but there were a lot of problems with its implementation. For example, German Foreign Minister Annalena Berbock stated verbatim the following:

Now we must further reduce our imports of Russian energy. In this regard, I say clearly and unequivocally: yes, Germany also completely refuses to import Russian energy resources.
At the first stage, Berlin will completely abandon Russian coal, at the second, by the end of 2022, from oil, at the third, someday, from Russian gas. At the same time, German car owners are already forced to pay 41,9% more for gasoline than a year ago, 62,6% more for diesel fuel, and 144% more for fuel oil. There is nothing particularly surprising here, since Russia is one of the world's largest producers and exporters of oil, 60% of which goes to the EU countries, 20% to China. Also, the cost of motor fuel in the United States reached abnormally high values. Until recently, Russia supplied this country mainly with fuel oil, which was mixed with “light” shale oil at American refineries and processed into gasoline and diesel fuel. Now "aggressive" Russian hydrocarbons are not going to the United States, and President Joe Biden has found the culprits in the Kremlin:

Now "Putin's rise in price" hits the Americans at gas stations.
In fact, neither Berlin nor Washington forced them to refuse purchases from Russia, it was their sovereign choice, retribution for direct military support of the Nazi regime in Kyiv.

The collective West failed to deprive Moscow of oil and gas revenues. "Blue fuel" as it went from Russia for export, so it still goes, only the form of payment for it has changed. At the request of President Vladimir Putin, in settlements with unfriendly countries, Gazprom switched from euros and dollars to rubles. At first, they proudly refused, but in recent days the exchange rate of our national currency against the "American" has dipped significantly. According to a number of analysts, this is due precisely to the fact that Gazprombank, as a financial intermediary, began to exchange large amounts in foreign currency for Russian rubles.

Having lost the American and part of the European market, Russia, on the other hand, increased the sales of "black gold" in India and the countries of Southeast Asia. Over the past month, India bought four times more Urals oil. Increased the purchase of "black gold" from the Russian Federation and China. They say that our exporters are forced to sell raw materials at a decent discount, reaching 30-31 dollars per barrel, but in real figures they give more than 80 dollars per barrel of Russian oil. Very good. The market is very large, there is great potential for further growth in the sale of hydrocarbons. One of the reasons is that in the US and Europe, Saudi Arabia has taken the place of domestic companies, replacing them.

In fact, a real “castling” took place on the world oil market.

Note how much Moscow's foreign trade priorities have now changed. Two years ago, during the coronavirus pandemic, the idea of ​​​​building huge oil storage facilities in our country, which were supposed to receive excessive volumes of “black gold”, was put on the agenda, which the world market could not digest. These storage facilities were supposed to hold at least 10% of the annual level of oil production. It was assumed that they would be built in the Kaliningrad and Astrakhan regions, in the North Caucasus district, in the Central and Caspian regions. It is clear that they were focused on the Western market.

A few days ago, a proposal was again made to build a storage system for a national oil reserve in Russia. The volumes are the same, but they can already be located in Eastern Siberia, in the Volga region, as well as in the Urals. Significant reserves of "black gold" can be stored in salt caves. The fundamental reorientation from the western to the eastern market is obvious.

Interestingly, in this regard, Russia is becoming more and more like the United States of America, which is one of the largest producers and exporters of oil and at the same time has huge underground oil storage facilities located in natural salt domes. The presence of their own national strategic reserve will allow domestic exporters to more flexibly operate free volumes on the world oil market, influencing the price level.

On the whole, we come to the conclusion that the collective West failed to “tear to shreds” the Russian oil and gas sector, and our country will continue to hold a significant share of the world energy market.
Reporterin Yandex News
Reporterin Yandex Zen
5 comments
Information
Dear reader, to leave comments on the publication, you must sign in.