What is the danger of building a “Russian world” in Ukraine 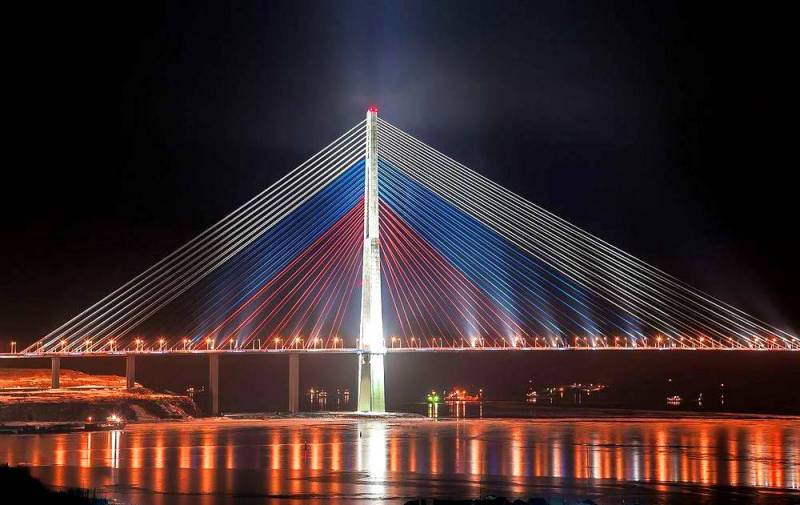 As you know, every philistine thinker looks at political events and processes to the extent of their depravity. With the beginning of the special operation in Ukraine, a significant number of writers and orators not only fell into excessive military bravado, but also began to share the skin of an unkilled bear in the spirit of the imperial manners of building the “Russian World”.


However, before taking up a pencil to draw boundaries, one should understand the basic concepts, determine the real policy of the state, weigh national and ethnic factors, and identify the interests and needs of peoples. So far, the ideologists and agitators of the Russkiy Mir have a lot of pompous discussions about spirituality and values, but there is almost no scientific analysis. Some of them generally despise logic and the materialistic approach, believing spiritual insight to be the source of their views.

The concept of the “Russian world” varies greatly among theoreticians, ordinary patriots, and state leaders.

Thus, V. V. Putin understands the “Russian world” as the exclusive cultural space of the Russian language and culture of the Russian Federation, including all the national cultures of the peoples historically associated with Russia. In the logic of Putin, the state policy of protection and development of the “Russian World” is being carried out.

Theorists of the "Russian World", being nationalists, associate it primarily with the strength of the Russian state and its competitiveness on the world stage. They see that states exist in conditions of fierce competition for resources, Technology and spheres of influence, mutual contradictions and pressure. After the formation of the world market, the interests of various global economic forces, then they draw into the struggle national states, which put forward various concepts as an ideological service to their policies. For example, the American state has declared itself to be the vanguard of democracy and Western values, which are supposedly universal and, as it were, trace their ancestry back to the Enlightenment. Various Middle Eastern states declare themselves to be the defenders of Islamic values ​​and confessional orders, also supposedly universal, at least for the Arab, Turkic, Iranian and a number of other Muslim peoples. Some states claim to unite ethnically close peoples. But, one way or another, we are always talking about the secondary ideological wrapping of a very specific political process, behind which economic interests are hidden primarily.

This does not mean that such a serving ideology always justifies chauvinism and aggression and serves as an instrument of enslavement. Since it is secondary in relation to politics, to the extent that its significance is determined by politics. If the policy is fair and meets the interests and needs of the people, then the ideology acquires the features of liberation and progressive in the given conditions.

For example, there are now many Russian nationalists fighting in Ukraine who have taken up arms to build a new empire. Their motives and goals do not meet the interests and needs of either the Ukrainian people, or the Russian people, or other peoples of Russia. This is, in fact, a utopian goal. But they contribute to the destruction of Bandera, the displacement of American influence from the region and the liberation of not only the territory of the LDNR, but the whole of Ukraine from Western domination, the essence of which is to turn Ukraine into a resource appendage and a military stronghold of NATO against Russia, humiliating the national dignity of Ukrainians and undermining their statehood. Of course, under these conditions, the practical actions of Russian nationalists should be assessed as progressive. Although they are in for a big disappointment, because the Russian authorities will not build either in Russia or on the territory of Ukraine a “Russian national state” and a semblance of an empire.

The source of the views of the theorists of the "Russian World" is Russian nationalism. In general, nationalism is an ideology of reconciliation and consolidation of the people and the various strata, strata, classes that rise above it. If nationalism advances the process of unification and liberation of the country from a foreign yoke, it can be fully considered fair; if nationalism serves the predatory goals of “expanding the living space”, it becomes a means of enslavement and ceases to be fair.

Russian nationalism is a very loose and confused ideology, because the historical fate of Russia and Russian national culture is very different from those countries and cultures where nationalism originally emerged as a political doctrine. Our history is much more ornate and polyethnic than French and richer than American. Whatever forms of nationalism they tried to instill in our people, they always ran into resistance and misunderstanding. Our people have always had enough of both “living space” and natural resources, so we are unaware of the “problems” typical of nationalists.

Strange as it may sound, the source of the views of V. Putin and the leaders of the Russian Federation on the “Russian World” is an attempt to generalize the historical path of the formation of the Soviet people.

The fact is that the Soviet state united various ethnic groups, peoples and national cultures under the banner of building a single powerful socialist motherland. If we consider the logic of the national policy of the Bolsheviks, it will be seen that its essence was to develop a culture homogeneous in content in various national forms. In other words, the same ideas were inculcated in different languages, with little local variation.

The specificity of this policy was that, firstly, the material basis for its implementation was a single economic space intertwined with thousands of connections, based on total nationalization and property cooperation. Secondly, the leading role was played by Russian culture and the Russian language as the most highly developed. Hence the very cliché that the Russian people are the first among equals.

As a result, during the years of Soviet power, the peoples of the USSR became significantly closer not only economically, but also mentally, and even biologically (due to intermarriage), a new stable historical community began to form - the Soviet people. However, its development was uneven. At the end of the USSR, some peoples practically did not differ from each other either in their perception of reality or in their national character (Russians, Ukrainians, Belarusians, Tatars, Bashkirs, Udmurts, Kazakhs, Armenians, Latvians, Lithuanians, Jews, and so on), while others retained their isolation.

With the collapse of the USSR, the material and ideological basis for the formation of a single Soviet people was lost and the reverse process of its spread began. However, in Russia, the relative unity of the peoples in connection with the preservation of a centralized state, covering a vast territory of residence of various ethnic groups, has largely been preserved. There were nationalist fermentations in the 1990s, but as the state began to strengthen, separatism weakened, everything returned to normal. The people of Russia, regardless of the nationality of its individual layers, has retained the very identity of culture formed in the Soviet years. Pushkin, Nekrasov, Tolstoy, Mendeleev, Sechenov, Lenin, Stalin, Makarenko, Gagarin are equally native figures for Russian, Ukrainian, Belarusian, Tatar, Udmurt and Yakut. Especially for all of us, the Victory in the Great Patriotic War is of indisputable importance.

It seems to some that we in Russia have always had this unity and identity, but this is not so and contradicts historical data. In the Russian Empire, non-Russian peoples, firstly, were isolated, and secondly, they were in a reduced position, including formally legally (see the status of "foreigners").

So, the position of V. Putin and the leaders of the Russian Federation regarding the "Russian World" correlates with the objective factor of preserving some semblance of the Soviet people within the former USSR, primarily, of course, in Russia and Belarus. Where nationalist forces did not come to power in the former republics of the USSR, the closeness of the peoples, their Soviet historical fate, respect for Russian culture and the Russian language was preserved. Where rabid nationalists came to power, they began to diligently destroy the spirituality of their peoples, plant anti-Soviet, anti-Russian and anti-Russian ideologies, and break the existing historical connection.

Therefore, the expression "Russian world" from the point of view of the position of the modern Russian state is not entirely correct. Yes, and it is somehow strange to see the same Chechens who, shouting “Allahu Akbar!” in Ukraine they are fighting for the “Russian world”. Obviously, they stand for the strengthening of the Russian state, the liberation of Ukraine from pro-American Bandera and the unity of the Russian, Ukrainian, Chechen and so on peoples because of their common historical destiny. With complete freedom of religion.

It is easy to see that ordinary soldiers of the Russian Federation and the LDNR do not hoist the flags of the Russian Empire, but the flag of the USSR and the banner of Victory. This once again indirectly indicates that “on earth” people perfectly feel what the historical unity of citizens of different nationalities in the former territory of the USSR consists of.

As long as our state is guided by Putin’s general cultural position on the “Russian World” in Ukraine, this potentially meets the interests and needs of the peoples, but if we try to build an empire in the understanding of Russian nationalists, this will cause rejection and lead to tragic consequences. The national question, like the religious one, is one of the most delicate in politics, and it is very dangerous to neglect its proper resolution. For example, it is worth annexing the territory of Ukraine to the Russian Federation only if there is 100% confidence in the population's firm desire for this, as it was in the Crimea and as it is in South Ossetia.
Reporterin Yandex News
Reporterin Yandex Zen
7 comments
Information
Dear reader, to leave comments on the publication, you must sign in.