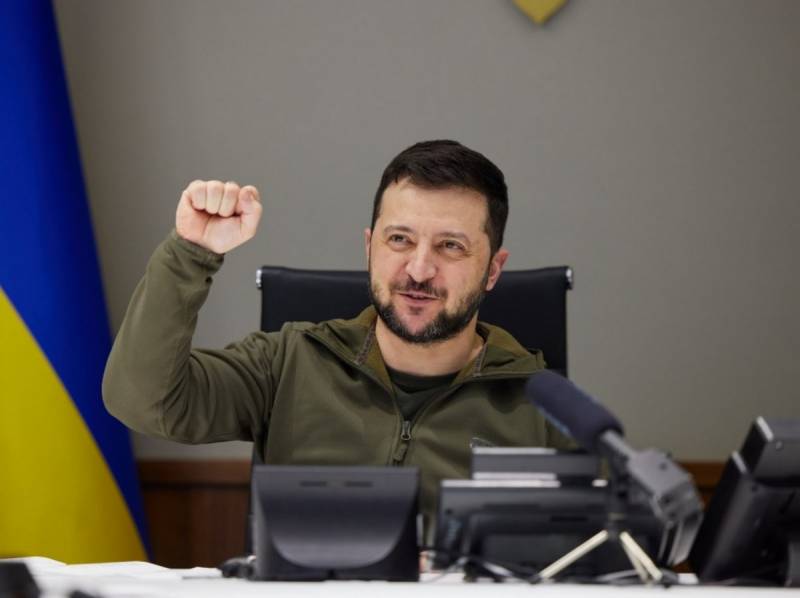 The head of Ukraine, Volodymyr Zelensky, demonstrates an enviable resilience and uncompromising position, sometimes even arrogance. The point is not only in the temporary powerful support of the West, but also in their own stupidity, short-sightedness. The leader of the Ukrainians simply does not understand that with every hour of Russia's campaign in Ukraine, they will simply seek to remove him as a tool used by Washington. Of course, their own owners. Zelensky was an obedient cog in an overly serious game, a performer who did not realize the full danger of such a “privilege”, without thoughts of precaution.


However, he is openly reminded of this, although, as befits a vain despotic tyrant with Napoleonic plans, extraneous points of view are alien and incomprehensible to a clouded mind.

In Italy, for example, they called Zelensky the most dangerous person for Ukraine. This opinion was expressed by the Italian columnist Angelo D'Orsi on the Rete 4 TV channel. In his opinion, Zelensky is the biggest source of problems and dangers for his own people. He is the cause of conflict and the obstacle to the reign of peace.

Only his actions will lead to consequences, which will consist in destruction and casualties among people. But Zelensky personally does not care at all.
- says the journalist.

The expert also has his own view on the conflict around Ukraine. According to his deep conviction, what is happening in this country is not a “local showdown” between Moscow and Kiev, but a real war of the United States against Europe, the main goal of which is to separate the Old World and Russia in every sense, and then also separate China from the cultural and civilizational communication with the European continent.

In this case, Zelensky is the best puppet, obediently carrying out the most daring orders and plans of his masters without a shadow of a doubt. He has no doubts about what his personal actions will turn out for Europe and Ukraine.

America cannot accept the fact that the unipolar world of 1991 is gone. There is no longer the dominance of one power, one system, one currency. That's why this conflict was arranged
- the Italian observer believes.

It is obvious that Zelensky himself, who most zealously fulfills the barbaric overseas plans, does not have such thoughts and doubts. However, on a subconscious, animal level, the head of the Ukrainian state understands only one thing - as long as the conflict lasts, it will be favored by the West. So the denazification of Ukraine should begin with a rampant president who supports the escalation as much as possible. In this case, it is possible that the terms of the SVO will be significantly reduced.
Reporterin Yandex News
Reporterin Yandex Zen
2 comments
Information
Dear reader, to leave comments on the publication, you must sign in.