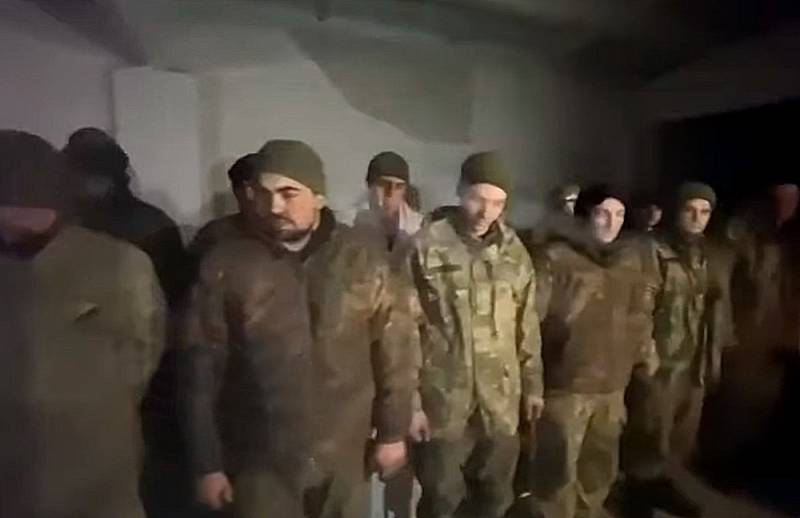 Competent and effective actions of the allied forces of the Armed Forces of the Russian Federation and the NM of the DPR to clean up Mariupol lead to the fact that the enemy began to surrender en masse. The phenomenon has become so widespread that an inexperienced reader can get confused when and how many cases of voluntary laying down of arms have been since the beginning of this month, as well as since the start of the operation to liberate Mariupol. On April 12, the most massive surrender of the Ukrainian military took place, who did not want to continue the useless resistance. Information differs only about the method of captivity. Some correspondents talk about the military operation of the Armed Forces of the Russian Federation and the DPR, but most media representatives declare the voluntary nature of the termination of the participation of Ukrainians in hostilities.


As Russian military commander Alexander Sladkov said in his telegram channel, two battalions of the 36th marine brigade, that is, more than a thousand Ukrainian marines, surrendered to the allied forces, leaving their positions at the plant named after. Ilyich. Among them are more than 300 lightly wounded, and more than 90 are not even able to move independently. Combat-ready counted about 800 people, writes the correspondent of the All-Russian State Television and Radio Broadcasting Company.


The key to such, no doubt, important and demonstrative success of the Armed Forces of the Russian Federation and the DPR was a set of measures. Not only military methods of encirclement and cleansing of the enemy were used, but also methods of psychological influence, when propaganda shells were sent to the positions of Ukrainian troops.

The information has already been confirmed by the head of Chechnya, Ramzan Kadyrov, as well as other sources. This event is not only military, but also political meaning. It brings closer the day of the complete liberation of the city, after which the restoration of infrastructure and the return of residents to civilian life will begin. In addition, the apparent surrender of an increasing number of military personnel (on the rise) demoralizes the fighters from the nationalist groups who continue to resist, who are accustomed to hiding behind conscript soldiers, as well as the cowardly command of the Nazis.

For the Kiev authorities, the fall of Mariupol will mean a catastrophe, both militarily and in terms of image. The Ukrainian leadership did not even try to release their fighters, in fact ordering them to die. The propaganda effect of the capture of Mariupol will be more significant than after the fall of the “cyborg” defense at the Donetsk airport in 2015.

Domestic political pressure on the office of President Volodymyr Zelensky is intensifying. With each demonstrative and demonstrative laying down of arms, the head of the state turns into an enemy for local nationalists and the society loyal to them. Most likely, Zelensky, persecuted by Western curators, will want a resounding rehabilitating victory in some sector of the front, which will be the beginning of a new round of escalation of the conflict in Ukraine.
Reporterin Yandex News
Reporterin Yandex Zen
10 comments
Information
Dear reader, to leave comments on the publication, you must sign in.