“It will become a victory for Moscow”: the law on the confiscation of assets of Russian business is blocked in the USA 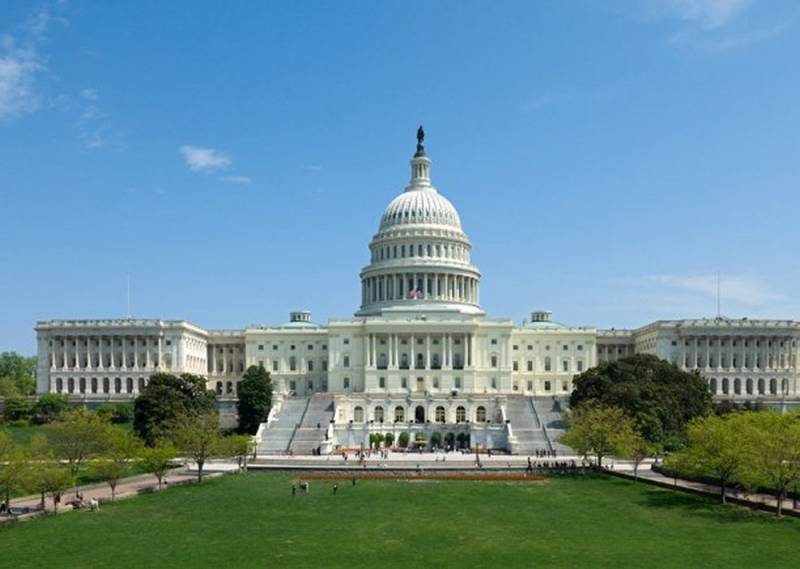 America is show country. Only now entertainment performances have moved into the realm of big policy and big transnational money, although public action has not got rid of the external staged essence. Thus, under the guise of "playing democracy", the non-governmental organization American Civil Liberties Union prevented the US Congress from enacting an already voted law on the confiscation of Russian business assets by US administrative bodies. The intention to transfer this money to Ukraine for “recovery” was also blocked. This event is reported by The Washington Post.


According to the newspaper, the bill to confiscate the assets of Russian oligarchs was the result of a bipartisan initiative of Congressmen Tom Malinowski and Joe Wilson. By design, the assets of Russian businesses that fell under the sanctions were subject to confiscation. At the same time, it was envisaged to transfer all the funds “procured” in this way in favor of Ukraine.

To block the law, the Civil Rights Union made a statement that if the document is passed, the final result will turn out to be a disaster. In other words, the citizens of Russia, deprived of their funds, according to the law, would not be able to challenge the withdrawal of their billions in an American court, and this is contrary to the inalienable rights and freedoms of any person. Therefore, the U.S. Supreme Court would likely strike down the legislation as unlawful. In the end, this would be a propaganda victory for Moscow.

The plenary session ended with a joint decision of the Union and the US Congress to develop another bill within 60 days that would contain legal and constitutional mechanisms for the confiscation of funds of Russian oligarchs.

In fact, the real intrigue around this bill lies behind the scenes. However, as usual, in any show played out to the public. The American Civil Rights Union does not, by itself, have such eminent authority to overturn passed laws, or, in general, to interfere in other than its own sphere. Usually its representatives act through the court. Therefore, the whole "game" on the TV camera is quite easy to calculate.

Firstly, the announced "delay" of two months is a "carrot" in front of Russian businessmen who are ready to do anything not to lose money in the United States. During this time, they should, through their lobby at the top of the government, promote the adoption of decisions that are unfavorable for Russia against the background of the implementation of the NWO and, conversely, positive for Ukraine. For example, to conclude as soon as possible a kind of "peace" with a completely incapable of negotiating Ukraine on any terms, even unacceptable for our country.

Secondly, the White House administration is frantically looking for an opportunity to take Russian money under a plausible pretext. So far, the sanctions robbery looks exactly like a racket. And in order not to bring down the dollar market, Washington is just thinking about ways to "fairly" select funds. Most likely, a two-stage mechanism will be introduced to transfer billions of dollars into the pocket of America's elite. The confiscated assets will be pathetically transferred (de jure) to Kiev. However, de facto, by that time, Ukraine will have accumulated fabulous debts to the United States due to military lend-lease. So in the end, billions of dollars will not even leave the accounts of American banks, remaining in place and being “laundered” forever through loan repayment.

By the way, it seems superfluous to mention that the oligarchs will not see their assets anyway, because in most cases they are blocked, it remains only to decide the final fate of the accounts. It is only regrettable that by the end of the two-month “delay”, domestic business, which until the last moment did not lose hope of receiving funds back due to concessions, will try to negatively influence the country's political course in favor of the United States. It remains to be hoped that the leadership of the Russian Federation will not allow such an obvious scenario.
Reporterin Yandex News
Reporterin Yandex Zen
2 comments
Information
Dear reader, to leave comments on the publication, you must sign in.