Security without Russia: Zelensky announced the countries - guarantors of Ukraine 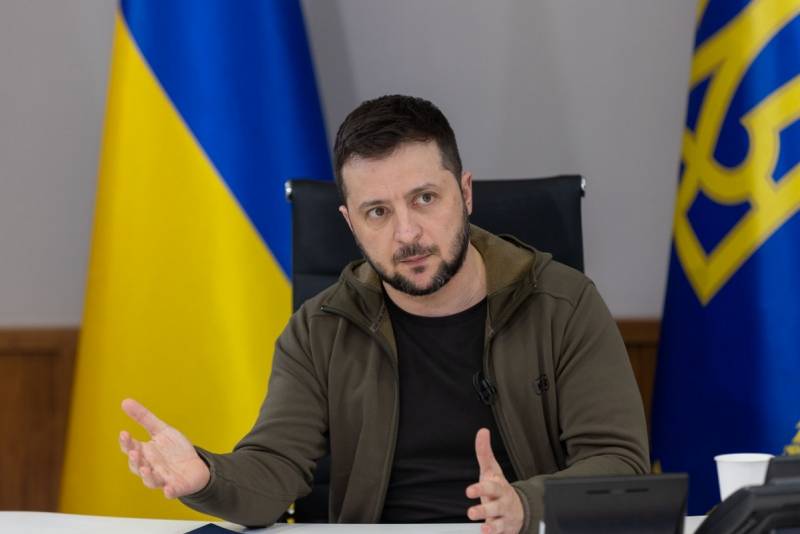 It would be naive to believe that Kyiv is negotiating only with Moscow, which is carrying out a special operation in Ukraine. Behind-the-scenes intrigues are also woven in the West, in which the Kyiv regime is much more willing to participate. From this it is clear that in the near future there will be no peace between the two neighboring countries under any possible scenario. Moreover, the statement is true even if a certain paper called a contract is signed. Simply because the collective West has its own plans not so much for Ukraine as for Russia following the events of the 2022 conflict.


In this regard, the announcement by the President of the Ukrainian state Volodymyr Zelensky of a meeting with representatives of future countries - guarantors of Ukraine's security is very significant. According to Zelensky, the United States, Britain, Turkey, Poland, Germany, France and Israel agreed to the summit and discussion of the future conditions for ensuring the security of the “square”. The Ukrainian leader himself told the Turkish edition of Haberturk about this.

According to him, the listed countries make up an incomplete list of those who have expressed a desire to give a written promise to protect the Kyiv regime. There are actually many more of them, at least according to the head of Ukraine. However, it is too early to talk about specifics, the parties will only start discussing the parameters of guarantees in the form of proposals on who and what can provide in this regard.

Zelensky also shared his vision of the process. According to him, only after the security system is developed, the mechanisms for its implementation, and without the participation of Russia, will be shared with representatives of Moscow. Such an approach completely destroys any sense of negotiations with the Russian Federation, demonstrates a complete disregard for the process and the achievement of results.

Based on the version voiced by Zelensky, most likely, there is a bluff, since individually all of the above countries, primarily the United States, officially refused to provide any guarantees. At the future summit, they will discuss - and Zelensky does not hide this - military assistance to Ukraine, agree on the positions of the countries, since not everyone is ready to supply weapons in full.

The Kyiv government talks about guarantees without Russia solely to “improve negotiating positions” at meetings with the Russian side and to maintain the psychological tone of the population of their country. Be that as it may, they decide the guarantees that the Russian Federation will give as a state that really controls the situation and what is happening.
Reporterin Yandex News
Reporterin Yandex Zen
4 comments
Information
Dear reader, to leave comments on the publication, you must sign in.