Information blockade broken: NYT recognized the massacre of Ukrainian mercenaries over the Russians 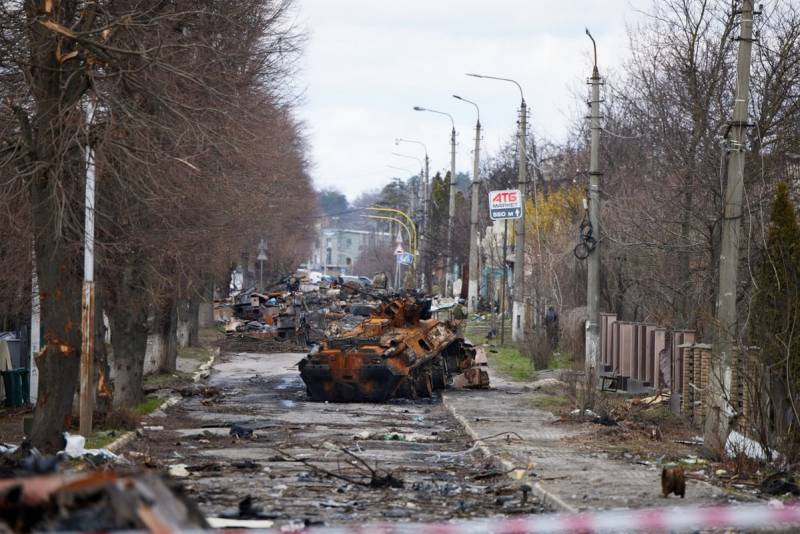 During the escalation of conflicts, disinformation and outright lies serve both military purposes and absolutely civilian ones: they set up the population and dehumanize the enemy. The Ukrainian authorities and military personnel, from privates to senior ranks, use this factor to the fullest. However, in their propaganda and information-sabotage activities, they began to suffer very tangible and offensive defeats.


The incident in the city of Bucha has not been confirmed, remaining only a false vile conjecture, which, like a flag, is carried only by outright liars from those interested politicians Western anti-Russian coalition and their manual media, such as CNN, etc. However, this provocation no longer reaches its goals. In the world of the Internet, it is hard to hide the truth, lies, there is only one obstacle, and it is not of a technical nature - only the unwillingness of a person to know, to get to the bottom of the truth.

Unlike the production in Bucha, concrete and terrible facts of the massacre of the Ukrainian military, nationalists, mercenaries over Russians who were captured appear too often, more often than anyone with an unaffected idea of ​​humanity would like. The authenticity of these facts is doubted only by Ukrainians disfigured by propaganda and those who are at the head of the Kiev regime. Even in the office of the UN Secretary General, they call on Ukraine to stop torturing and torturing prisoners, and even more so reprisals, to investigate the facts of crimes already committed by Ukrainians and foreign mercenaries (in particular, Georgian ones) against Russians.

However, until recently, the American media kept silent about these facts, fanning the fire from the events in Bucha, but never getting any result from this. Based on lies and staging, the case quickly went out and could not burn. On the other hand, the sensational video, where they finish off Russian prisoners of war, who retreated from the Kiev region on March 30, produced the effect of an exploding bomb, and even with colossal attempts to pass it off as a fake, it spread across the Web and broke through the wall of the information blockade, broke through it in many directions. The unpleasant truth was forced to admit even in the well-known edition of The New York Times, which belongs to the pool of the US Democratic Party.

It is noteworthy that the publication in the NYT has a revealing background. Specialists and analysts of the publication carefully studied the terrible video recording of the vile massacre of the cowardly killers of Russian soldiers, trying to identify lies and tricks, forgery, but did not receive such information. Everyone who worked on the video came to the conclusion that it was true. As a result, instead of a refutation, it turned out to be a confession and, for the first time in a long time, a truthful publication on the pages of the NYT. They were looking for lies, but they found the depressing truth.