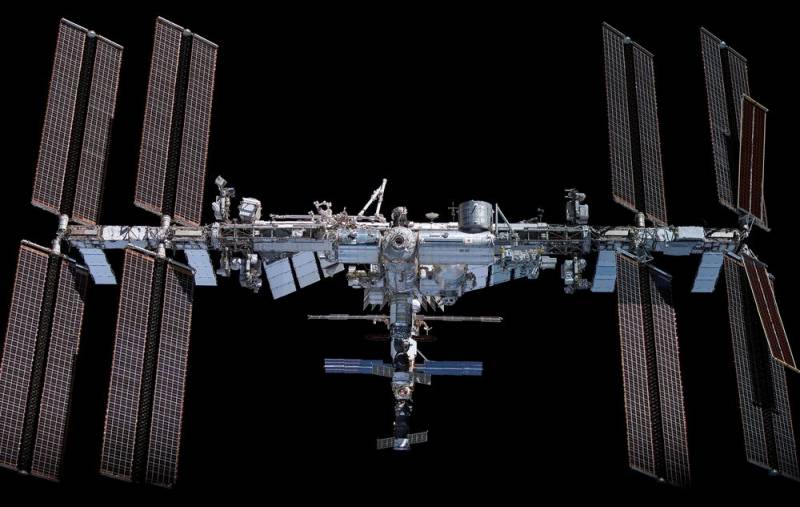 Roscosmos State Corporation received letters from the heads of Western space agencies - American NASA, European ESA and Canadian CSA, with responses to the Russian side's demand to lift sanctions from a number of enterprises in the Russian rocket and space industry. The head of Roscosmos, Dmitry Rogozin, wrote about this on April 2 in his telegram channel.


The functionary expressed his sincere disappointment with the response of the head of the ESA, Josef Aschbacher, who decided to act as a postman. The European said that the solution of such issues is beyond his competence, so he redirects the letter from Roscosmos to the higher authorities of the European Union and the EU countries.

That is, we are invited to wait until the bureaucracies of all 28 EU countries deign to read the letter from Roscosmos. By this time, either the donkey will die, or the ISS will die by its own death
Rogozin pointed out.

As for NASA and CSA, as Rogozin aptly noted, their answers are written as if they were carbon copies. CSA Head Lisa Campbell assured her Russian colleague that Ottawa will continue to support the ISS program and is committed to its quality work in the future.

Although the Canadian Space Agency does not have direct cooperation with JSC TsNIIMash and JSC RCC Progress, we will continue to interact with the relevant government agencies of Canada to facilitate the further operation of the ISS
Campbell stated.

In turn, the head of NASA, Senator Bill Nelson, said that the existing measures of US economic control still allow Moscow and Washington to cooperate in order to ensure the constant and normal functioning of the ISS.

NASA will continue to engage with relevant US agencies to facilitate further cooperation within the ISS and its operation, including any necessary cooperation on the ISS program with the support of JSC TsNIIMash and JSC RCC Progress
Nelson's letter says.

It is not surprising that Rogozin was, to put it mildly, dissatisfied with such replies, which did not contain any specifics. He perfectly understood what the true position of the Western "partners" was - the sanctions against the mentioned Russian enterprises would not be lifted. At the same time, the Americans and Canadians made it clear, and this is important, that in reality the restrictions will not affect work related to the ISS, since no one can replace the Russian Federation in matters of life support and security.

Rogozin is convinced that such a situation is unacceptable. The West is trying to block tradeeconomic and production and financial activities of high-tech enterprises of the Russian Federation, without touching only what is beneficial for him.

The purpose of the sanctions is to kill the Russian economy, plunge our people into despair and hunger, and bring our country to its knees. It is clear that they will not be able to do this, but the intentions are clear. Therefore, I believe that the restoration of normal relations between partners in the ISS and other joint projects is possible only with the complete and unconditional lifting of illegal sanctions. Specific proposals of Roscosmos on the timing of the completion of cooperation within the framework of the ISS with the space agencies of the United States, Canada, the European Union and Japan will be reported to the leadership of our country in the near future
- summed up Rogozin.

We remind you that on March 31, the deadline that Roscosmos gave NASA, ESA and CSA to lift restrictions on the above-described Russian enterprises expired.
Reporterin Yandex News
Reporterin Yandex Zen
9 comments
Information
Dear reader, to leave comments on the publication, you must sign in.